Due to strong interest in the program, there is a competitive application process. Applicants must submit the following materials by February 6, 2023 at 11:59 PM CT:

The Price Theory Summer Camp, led by UChicago economist Kevin Murphy, was created to introduce PhD students from outside the University of Chicago to price theory, which emphasizes the application of basic economic tools to problems. During this intensive one-week program, students will hear lectures from UChicago and visiting faculty and experience a series of “Chicago-style” seminars where faculty will present their research in progress. Participants will also work on problem sets in workshops and have opportunities to discuss their own work with some of the world’s leading economists.

The program is geared toward PhD students in economics who have completed their third or fourth year of study, but applications are accepted from doctoral candidates of all levels. Applications are welcome from students at domestic and international institutions. Funding is provided to all accepted applicants to cover travel, accommodations, and meals.

Steve Levitt, The William B. Ogden Distinguished Service Professor in Economics and the College, University of Chicago Kenneth C. Griffin Department of Economics

Steve Levitt is the William B. Ogden Distinguished Service Professor of Economics at the Kenneth C. Griffin Department of Economics at the University of Chicago. He is the Co-Founder of The Center for Radical Innovation for Social Change (RISC) and he directs the Becker Center on Chicago Price Theory. Steve co-authored Freakonomics, which spent over 2 years on the New York Times Best Seller list and has sold more than 5 million copies worldwide. SuperFreakonomics, released in 2009, includes brand new research on topics from terrorism to prostitution to global warming. Steve is also the co-author of the popular Freakonomics Blog.


Dierdre Nansen McCloskey is an economist and economic historian who around 1980 got interested in the rhetoric of persuasion in her field, and then wider literary matters, such as literary and social theory.

Trained at Harvard as an economist, McCloskey has written twenty books and edited seven more, and has published over four hundred articles on economic theory, economic history, philosophy, rhetoric, feminism, ethics, and law. She taught for twelve years in Economics at the University of Chicago, and describes herself now as a “postmodern free-market quantitative Episcopalian feminist Aristotelian.”

Kevin M. Murphy is the George J. Stigler Distinguished Service Professor of Economics at the University of Chicago Booth School of Business as well as co-director of the Becker Friedman Institute’s Price Theory Initiative. He primarily studies the empirical analysis of inequality, unemployment, and relative wages as well as the economics of growth and development and the economic value of improvements in health and longevity. In addition to his position at the University of Chicago, Murphy works as a faculty research associate for the National Bureau of Economic Research. A fellow of the Econometric Society and an elected member of the American Academy of Arts & Sciences, Murphy was a John Bates Clark Medalist in 1997. He has received fellowships from the Earhart Foundation, the Sloan Foundation, and the Friedman Fund. Murphy is the first professor at a business school to be chosen as a MacArthur Fellow. He was selected for “revealing economic forces shaping vital social phenomena such as wage inequality, unemployment, addiction, medical research, and economic growth.” The foundation felt his work “challenges preconceived notions and attacks seemingly intractable economic questions, placing them on a sound empirical and theoretical footing.” In 2007, Murphy and fellow Chicago Booth faculty member Robert Topel won the Kenneth J. Arrow Award for the best research paper in health economics for “The Value of Health and Longevity,” published in the Journal of Political Economy. The award is given annually by the International Health Economics Association. Murphy is also the author of two books and many academic articles. His writing also has been published in numerous mainstream publications including the Boston Globe, the New York Times, the Chicago Tribune, and two Wall Street Journal articles coauthored by Nobel laureate Gary Becker. He earned his PhD in 1986 from the University of Chicago after graduating from the University of California at Los Angeles with a bachelor’s degree in economics in 1981. He joined the Chicago Booth faculty in 1984.

Robert H. Topel conducts research on many areas of economics including labor economics, industrial organization and antitrust, business strategy, health economics, energy economics, national security economics, economic growth, and public policy. He is the Co-Director of the Energy Policy Institute at Chicago. Topel has been at the University of Chicago since 1979, with the exception of an appointment as a Professor of Economics at UCLA in 1986. In 2006, he was the Kirby Distinguished Visiting Professor of Economics at Texas A&M University. He is also a founding partner of Chicago Partners, LLC. He received a bachelor’s degree in economics from the University of California at Santa Barbara in 1974 and a PhD in economics from UCLA in 1980. 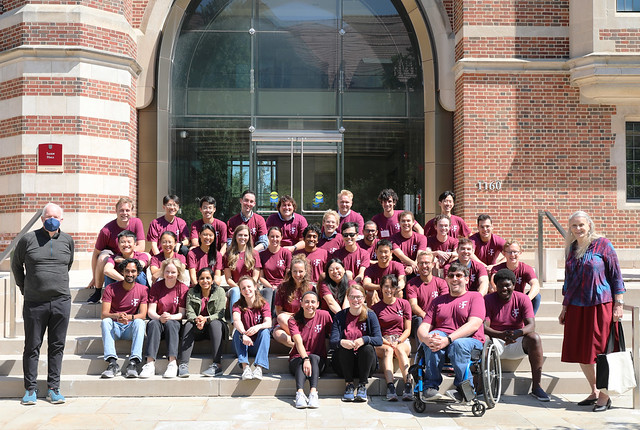 Generous support for this program has been provided by MarrGwen and Stuart Townsend. For more on Price Theory, visit the Price Theory Initiative webpage.

BFI-China recognizes the importance of providing researchers with access to the tools needed to perform ground-breaking research. This session is intended to introduce Wind, a leading provider of financial...
April
6
2012
Past Event • All Day • Rockefeller Center