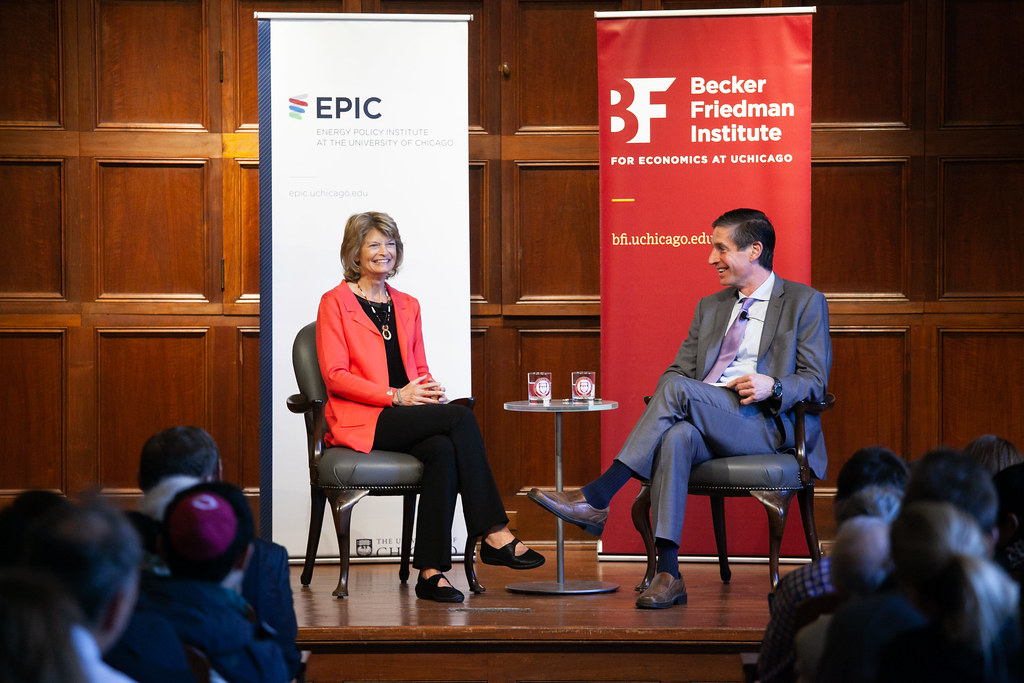 In an era of divided government, there has been concern over Congress’s ability to reach compromise and pass legislation. With Democrats in the majority in the House of Representatives and Republicans in control of the Senate and the White House, progress has been limited. Senator Lisa Murkowski (R-Alaska) is one of only five women Republican Senators and is considered by many to be a key leader for forging compromise. Senator Murkowski has time and again made headlines for key votes on everything from healthcare to climate policy.

The Becker Friedman Institute for Economics (BFI) and the Energy Policy Institute at UChicago (EPIC) hosted a moderated conversation with Senator Murkowski on issues facing the US economy and the environment. As Chair of the Senate Energy and Natural Resources Committee, Murkowski sits at the forefront of crucial decisions around the future of energy and environment policy in the United States on issues from the Green New Deal to oil and gas development on federal lands. Her work on a range of other areas offers a unique perspective on a wealth of key issues that will frame debates in 2020.

BFI and EPIC Director Michael Greenstone, the Milton Friedman Distinguished Service Professor in Economics, the College and the Harris School, moderated the discussion.

A Conversation with US Senator Lisa Murkowski

In an era of divided government, there has been concern over Congress’s ability to reach compromise and pass legislation. With Democrats in the majority in the House of Representatives...
Topics:  Energy & Environment
November
17
2021
Past Event • 12:30 pm CST • Oriental Institute, Breasted Hall