Many reasons are given for why women continue to earn less than men at the upper end of the income distribution, including gender discrimination and sexism. However, one seemingly timeless issue—the often-competing demands of the workplace and home—is still a key factor. On May 4, Marianne Bertrand, the Chris P. Dialynas Distinguished Service Professor of Economics at the UChicago’s Booth School of Business, discussed her recent research on this issue for the Friedman Forum lecture series. In a recent paper Bertrand shows that despite spending less time in non-market work and with more equal division of such work among genders, women’s earning potential is still negatively impacted by such work-family considerations. 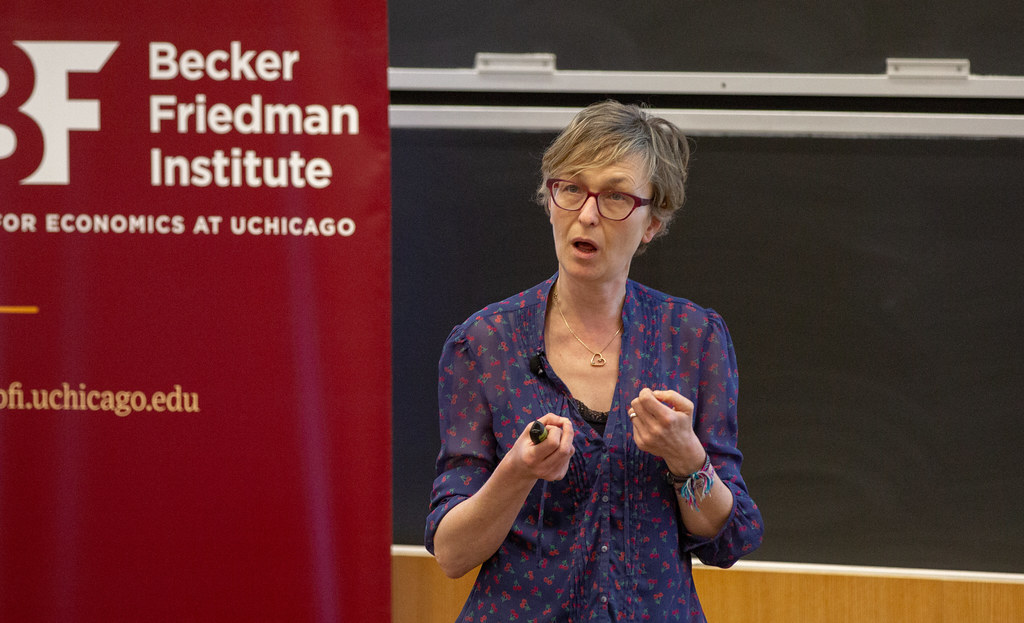