The Becker Friedman Institute, Princeton University, and Innovations for Poverty Action hosted the 7th webinar in a series presenting innovative research on crime and violence in Latin America and the Caribbean. 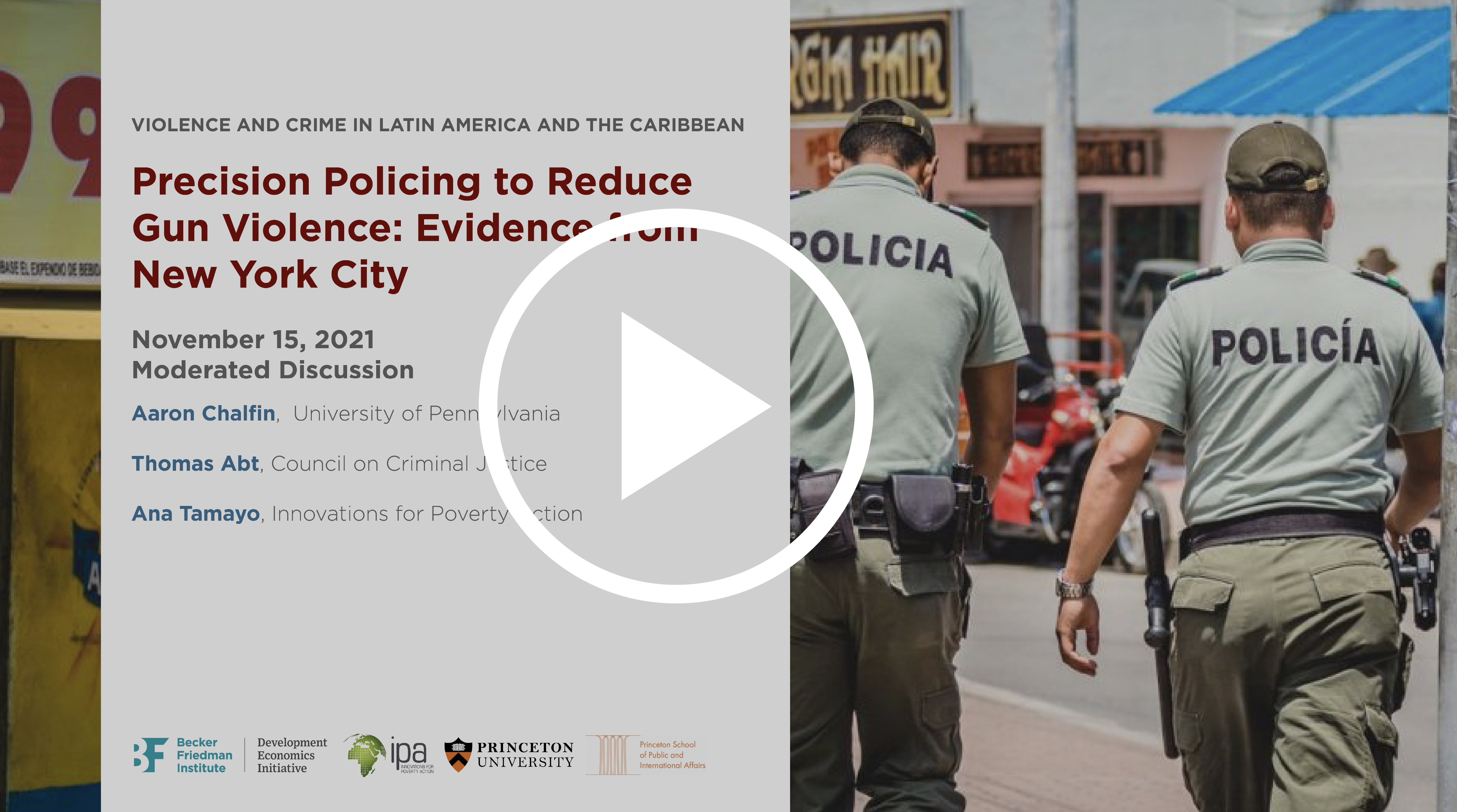 Between 2011 and 2018, shooting and homicide rates fell by around 50 percent  in New York City . During this time, there was a prominent shift in policing tactics from a regime of mass enforcement centered on frequent street stops and field interrogations to a regime of precision policing, in which the department focused on a smaller number of suspected criminal organizations which were thought to drive gun violence in the city.

In this webinar, Aaron Chalfin (University of Pennsylvania) presented evidence on the effectiveness of signature policy of the new policing regime in New York City: targeted “gang takedowns” in the city’s public housing communities. Thomas Abt (Council on Criminal Justice) commented on the implications of this research.