To Raise Living Standards for All Americans

Lawrence H. Summers, the Charles W. Eliot University Professor of Economics at Harvard University, has had one of the most distinguished careers in history at the intersection of academia and public service. A former World Bank Chief Economist, U.S. Treasury Secretary (Clinton), Harvard University President, and Director of the White House National Economic Council (Obama), he is a leading voice on economic policy for decision-makers around the globe.

On October 18th, the Becker Friedman Institute (BFI) hosted a roundtable discussion with Secretary Summers on the economic outlook in the United States, and policies to raise the living standards of all Americans. As part of the roundtable we posed the question, “Is 3% growth possible?”

Video from the event can be found here.

Photos from the event can be found here. 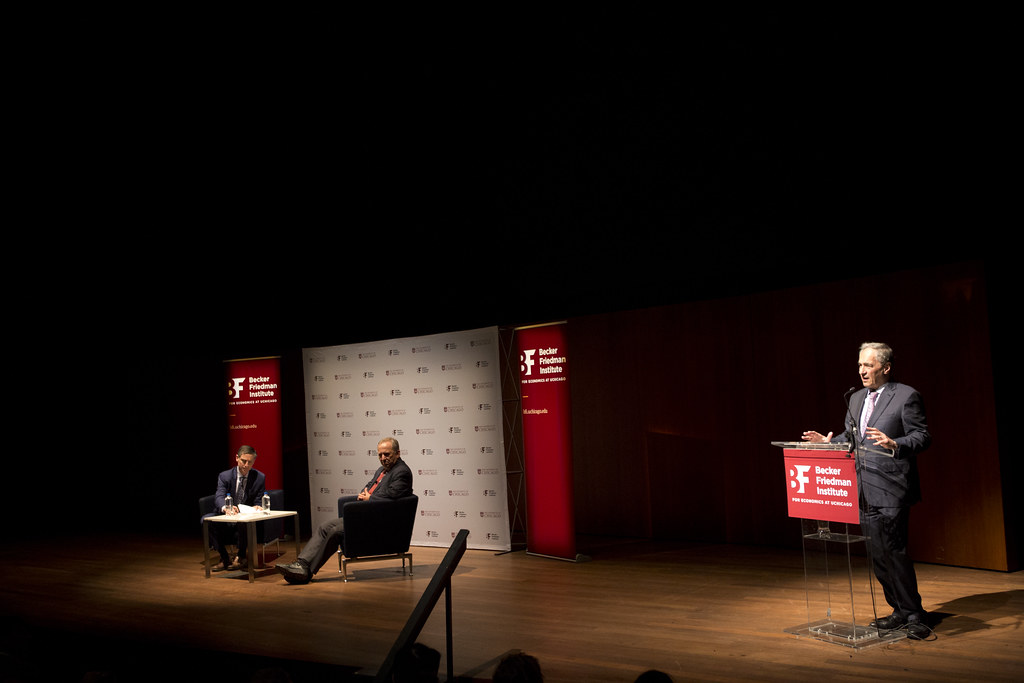 We welcome submissions for the 4th annual Conference on the Economics of Crime and Justice. This year’s conference will be held in Chicago on May 19-20, 2023. This conference...
Organizers / Guests
April
6
2012
Past Event • All Day • Rockefeller Center