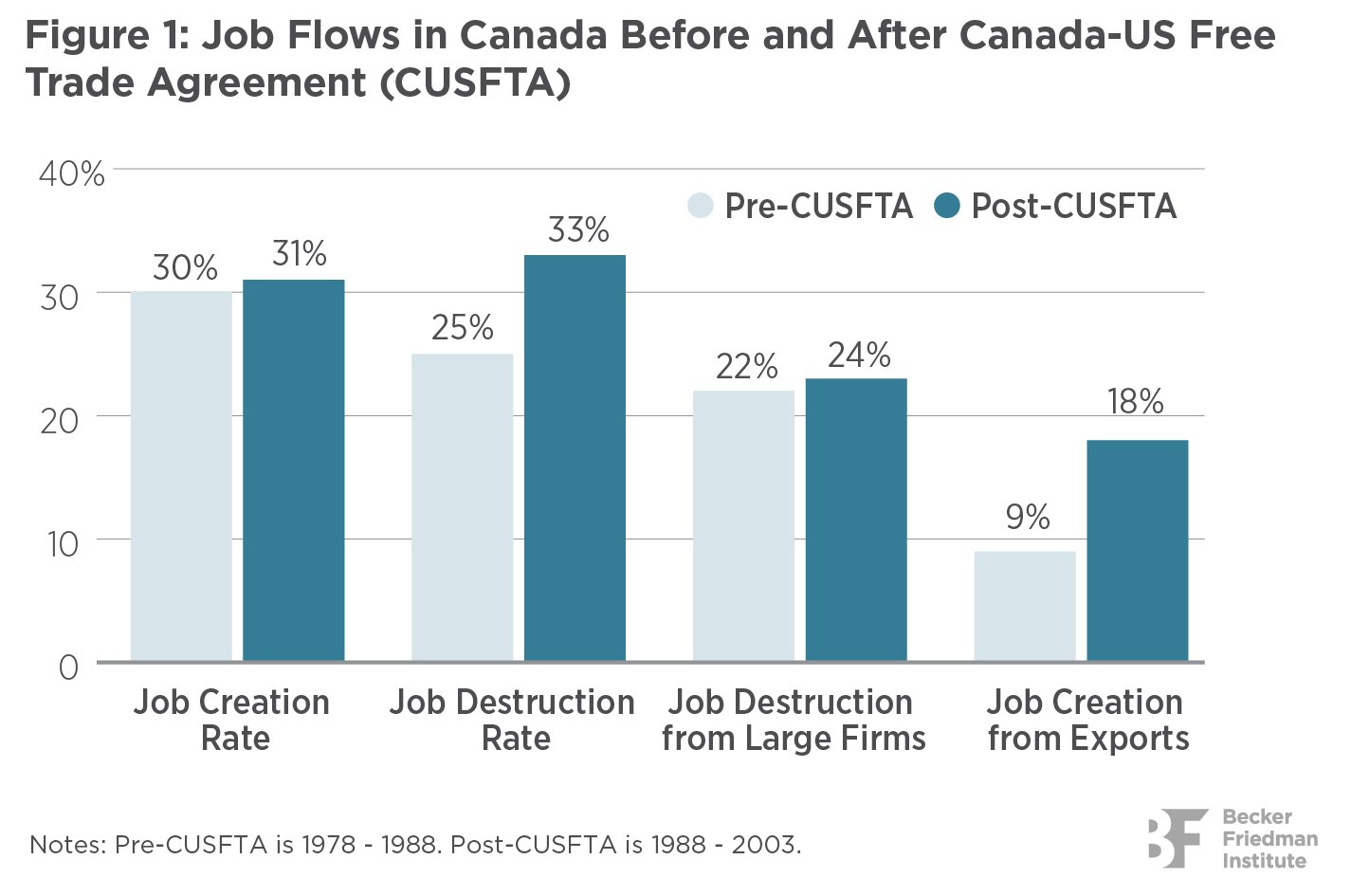 When trade costs are low, creative destruction among firms increases, jobs are reallocated accordingly, and productivity increases. Analyzing trade patterns between the United States and Canada before and after the Canada-US Free Trade Agreement (CUSFTA) of 1988, the authors describe key facts about the flow of jobs across firms, and how these flows are affected by trade policy. These facts can be distilled to two key points:

One important implication of this research is that policymakers should consider the role of innovation—and the flow of cross-border ideas—when conducting trade policy. 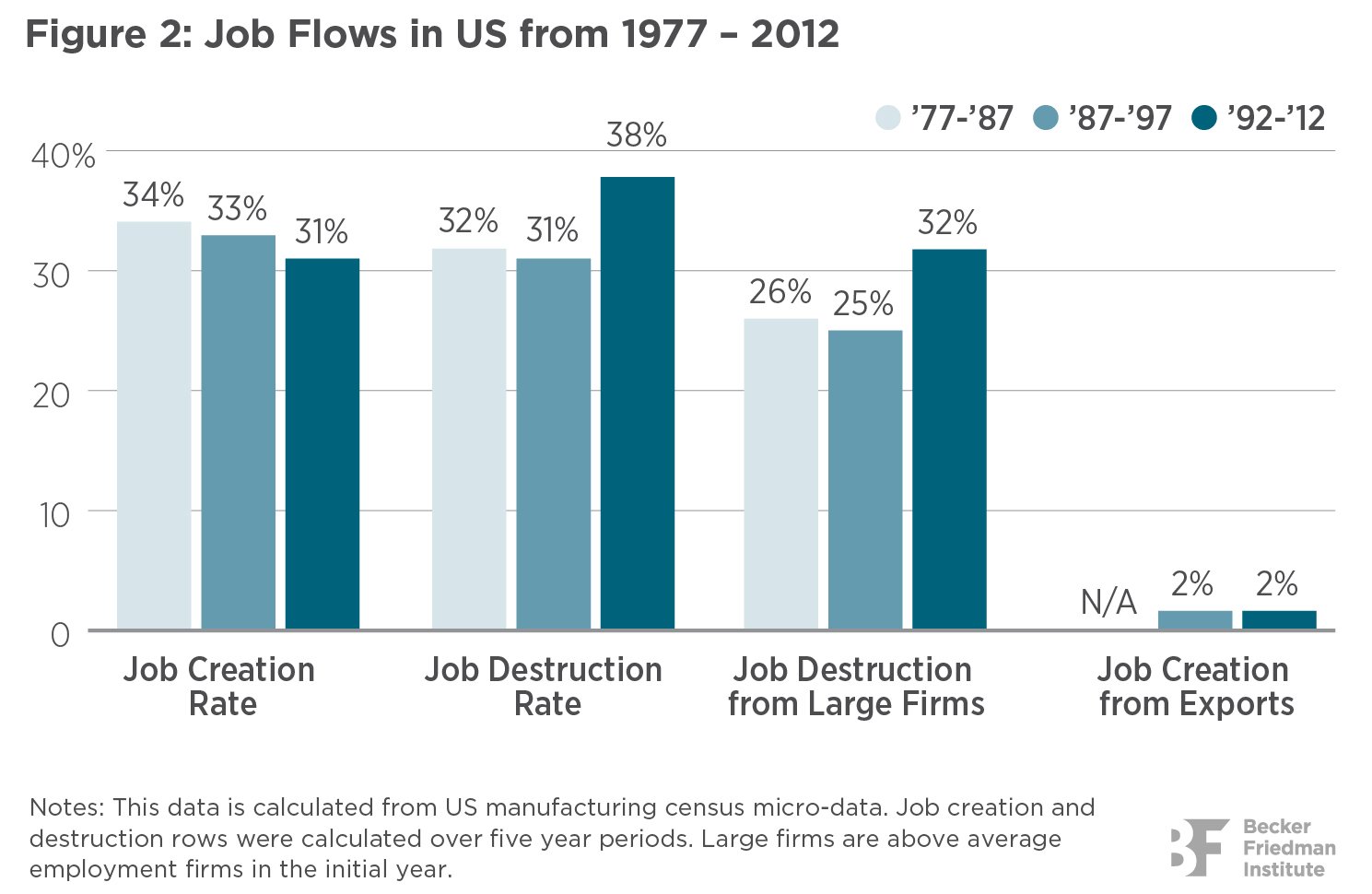 In an insightful and engaging conversation presented by the University of Chicago’s Becker Friedman Institute,...
Topics:  Technology & Innovation
View All