From 2000 to 2012, official development assistance (ODA) to conflicted states grew more than 10% per year, and totaled over $450 billion, including $120 billion to Afghanistan and $80 billion to Iraq from the United States alone. Donor nations expect foreign aid to improve stability in fragile states, in addition to furthering development, but the effectiveness of such aid is far from certain.

One prevailing challenge for aid assistance is known as donor fragmentation, wherein a multiplicity of donors shares overlapping responsibilities within a common geographical area. Donor fragmentation is widely perceived to negatively moderate the effectiveness of aid and thereby limit the quality of institutions on a number of fronts, including coordination challenges, program redundancies, selection of inferior projects due to competition among donors, lax donor scrutiny, among others. 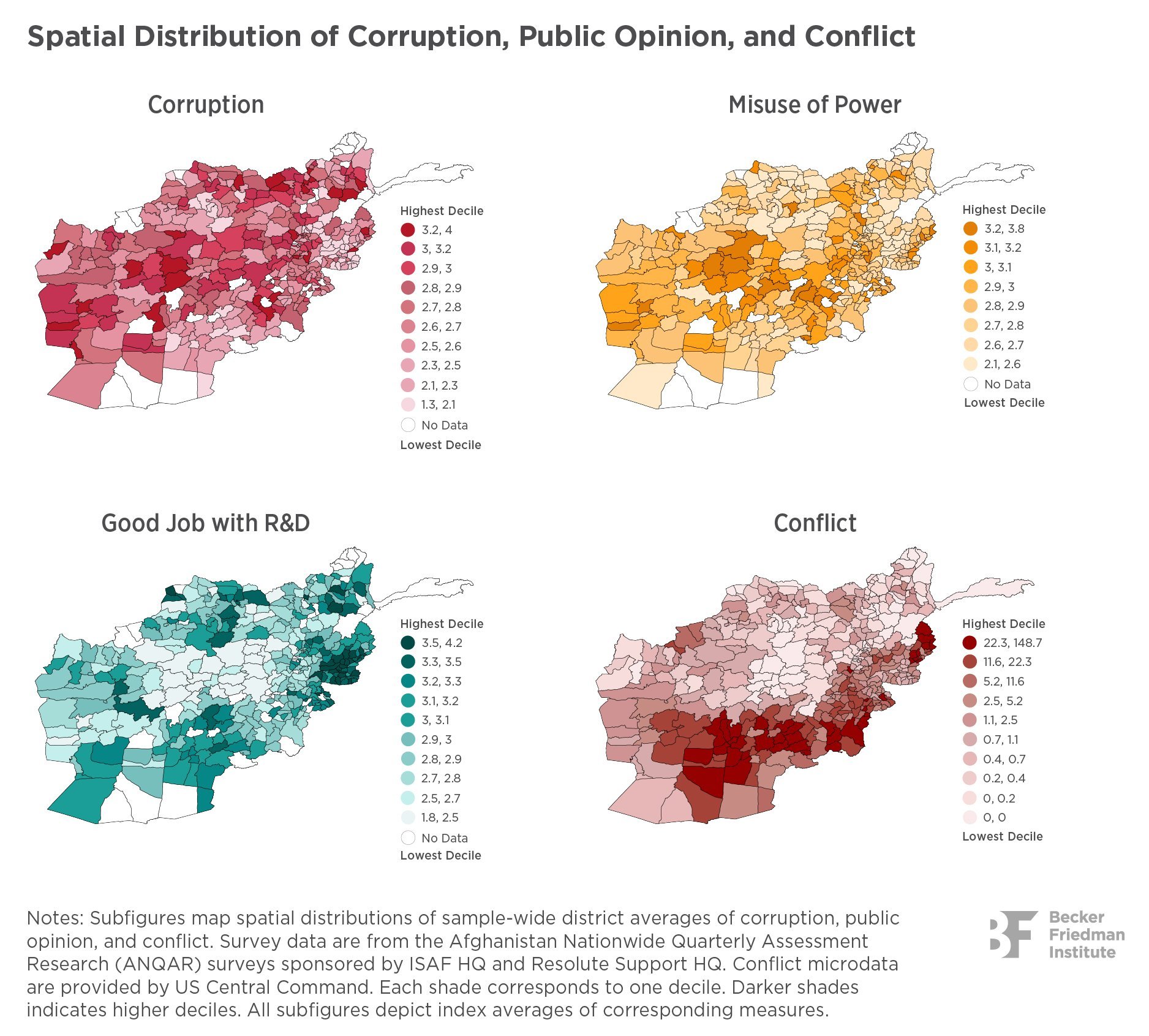 That said, the presence of multiple foreign donors can foster exemplary norms of professional conduct when aid provisions are maintained at relatively moderate rates and competition is not pronounced. Under these and other conditions, good conduct by donors is more likely to prevail and donor proliferation may actually strengthen institutions.

Until now, these issues have been subject to little empirical scrutiny. In this work, the authors use granular data from Afghanistan to offer the first micro-level analysis of aid fragmentation and its effects. The authors results suggest that aid strengthens the quality of state institutions in the absence of fragmentation (that is, in the presence of a single donor). These benefits vanish, though, as the donor landscape becomes fragmented. Surprisingly, however, their evidence does suggest that donor fragmentation also positively affects institutions when considered at moderate levels of aid. The authors’ micro-level evidence therefore suggests the direction of fragmentation’s total effect depends on the volume of aid provision. Too much provision through too much fragmentation induces instability.

Given the paucity of theoretical and empirical research on this topic, the authors hope that this work inspires further academic research. With more nuanced theory development and broader geographical analyses, additional new insights can be generated to guide decisionmakers at various levels of aid provision.