Are large banks good? On the one hand, size implies efficiencies of scale and an improvement in the delivery of financial services, which is good for the economy. On the other hand, size may encourage risky behavior and increase systemic risk if a big bank behaves badly and fails.

These are empirical questions, and Huber analyzes a rare period in postwar Germany when banking reforms determined when certain state-level banks were allowed to consolidate into national banks. Under these reforms, increases in bank size were exogenous to the performance of banks and their borrowers, which allowed Huber to estimate how changes in bank size causally affected firms in the real economy. 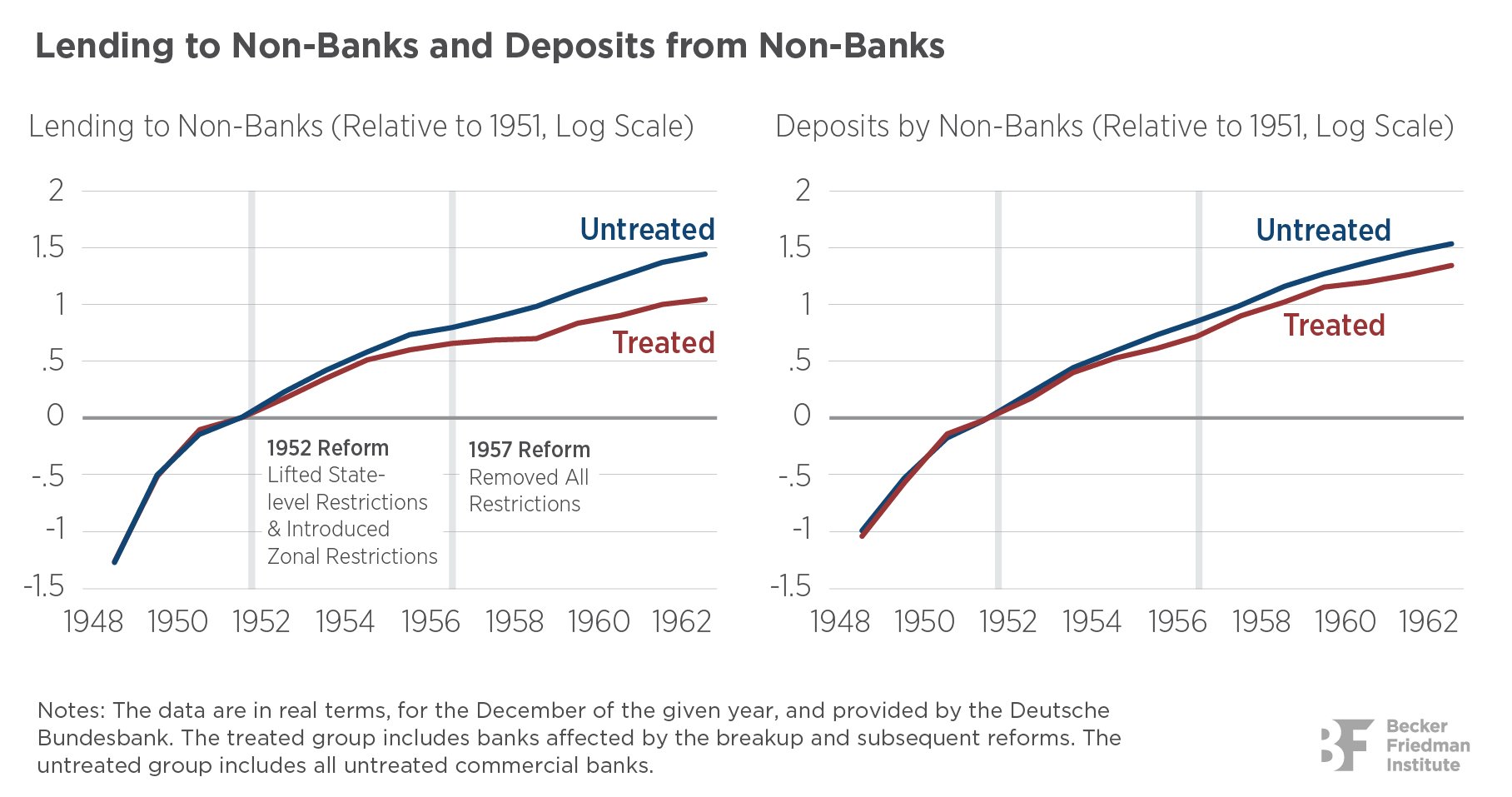 Huber digitized new microdata on German firms and their relationship banks to examine how the bank consolidations affected the growth of banks and their borrowers. His findings were clear: there was no evidence that increases in bank size raised the growth of borrowers. Firms and municipalities with higher exposure to the consolidating banks did not grow faster after their banks consolidated. Small, young, and low-collateral borrowers of the banks actually experienced lower employment growth after the consolidations. Further, the consolidating banks themselves did not increase lending, profits, or cost efficiency, relative to comparable other banks. The results show that increases in bank size do not always generate improvements in the performance of banks and their borrowers and might even harm some firms.

For policymakers, the impact of bigger banks remains a complex question that not only depends on whether a large bank operates efficiently, but on the net impact on other mechanisms, including the benefits and costs for borrowing firms. Huber’s analysis reveals that experience in postwar Germany highlights that the beneficial mechanisms are not always powerful enough to outweigh the harmful effects.