Productivity growth is arguably the most important engine of growth in developed economies; likewise, accurate measures of productivity are important for researchers and policymakers in understanding the health of an economy. However, in recent decades researchers have struggled to capture the returns from information technology (IT). Famously, official data recorded a productivity slowdown in the 1970s and 1980s in the United States while computers were revolutionizing business processes. Something seemed amiss. The phenomenon continues today with advances in, for example, broadband internet. 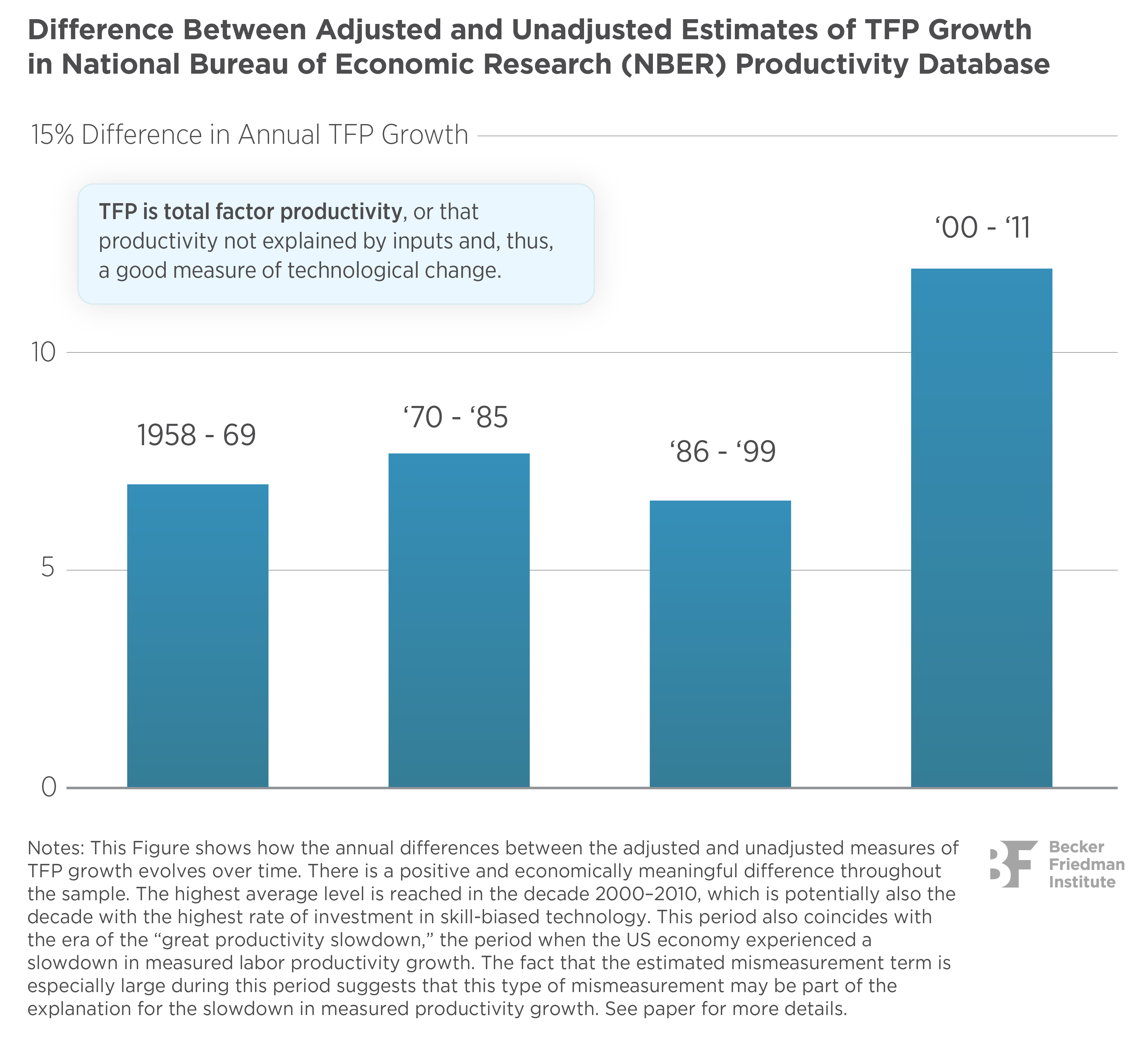 This paper addresses this conundrum by offering a new methodology that better captures the effects that technologies can have on an economy. While technical in nature, the authors offer the following example to describe their contributions. Imagine two states of the world: one state without a given technology and one state with this technology. Moreover, assume a Cobb-Douglas production function, that the technology is skill-biased, that each firm uses skilled and unskilled workers as inputs, and that they produce a homogenous output. In this example, a technical change has two key consequences: the output elasticity of skilled workers increases, and firms hire more skilled workers. The skilled workers that are hired because of skill-biased technical change (SBTC) increase output for two reasons: they increase output by the pre-SBTC output elasticity; and second, after the SBTC their output elasticity increases. Only the second component represents an increase in the productivity of skilled workers.

The conventional measurement approach falsely overestimates the productivity of skilled workers pre-SBTC and, hence, adjusts the contribution of newly hired skilled workers to output post-SBTC by too much. As a result, the estimated impact of the technical change does not capture the full factor-biased component. Thus, productivity measurements will be lower than the actual expansion in the overall productive capacity.

To address this issue, the authors propose measurement parameters that apply to the time before a new technology is adopted, to construct estimates that allow the factor-biased component of the shock’s effect on productivity to be fully included in estimates.

Bottom line: The authors find that the factor-biased nature of technological progress, if ignored, leads to the erroneous conclusion of only modest productivity gains from adopting new technology when the actual gains are considerable.

Mentorship and Role Modeling, In and Out of the House: Evidence from High School Girls in Saudi Arabia