Governments of 40 countries, representing at least 58% of the global population, have developed messaging systems to inform the public of military threats during conflict. Despite the importance of alert systems and their extensive use, and although it is intuitive to expect civilians to act, there is no evidence to date on whether and under what conditions these alerts impact public behavior. 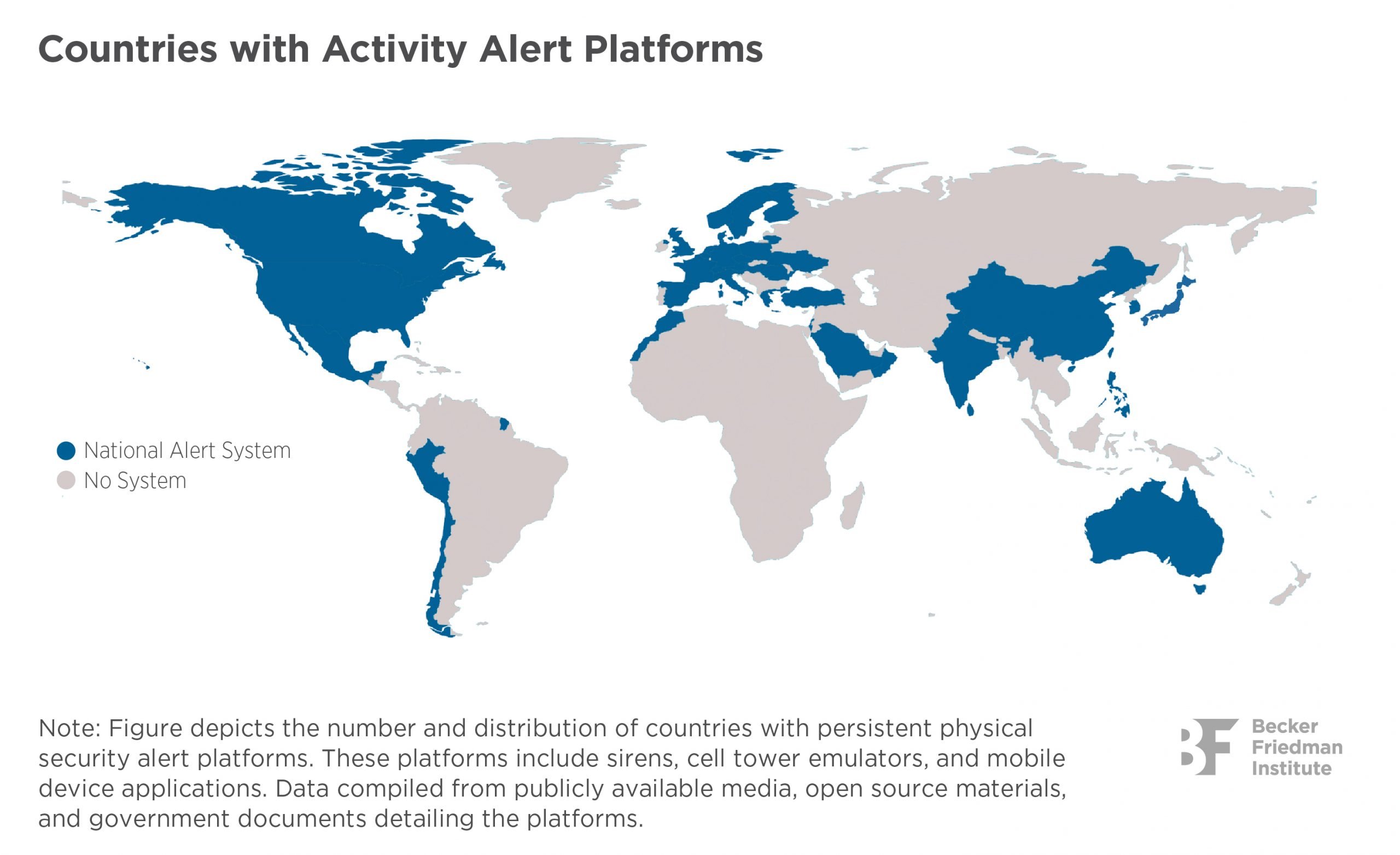 How do people’s movements shift in the moments following notification of imminent threats? Does their response time vary over time as a conflict persists? These are important questions for public policy. In order to minimize harm while enabling continued economic and social activity during a conflict, public actors need a mechanism for transmitting information that enables the public to seek shelter and calibrate their movements with respect to the militarized environment.

To address this issue, the authors devise a methodology to reliably measure how people’s movements shift in the moments following notification of imminent threats, and they apply this methodology to events in Ukraine following the February 2022 invasion by Russian forces. In doing so, they provide the first credible estimates of behavioral change in response to government alerts about imminent risk. After the incursion of military forces into urban areas, the Ukrainian government coordinated and developed a smartphone application for transmitting public alerts about impending Russian military operations. These messages were then re-circulated via a collection of mobile device applications as well as through social media platforms (e.g., Telegram). The authors compile these messages to quantify the information available to civilians, and they combine the location and timing of these messages with device mobility. 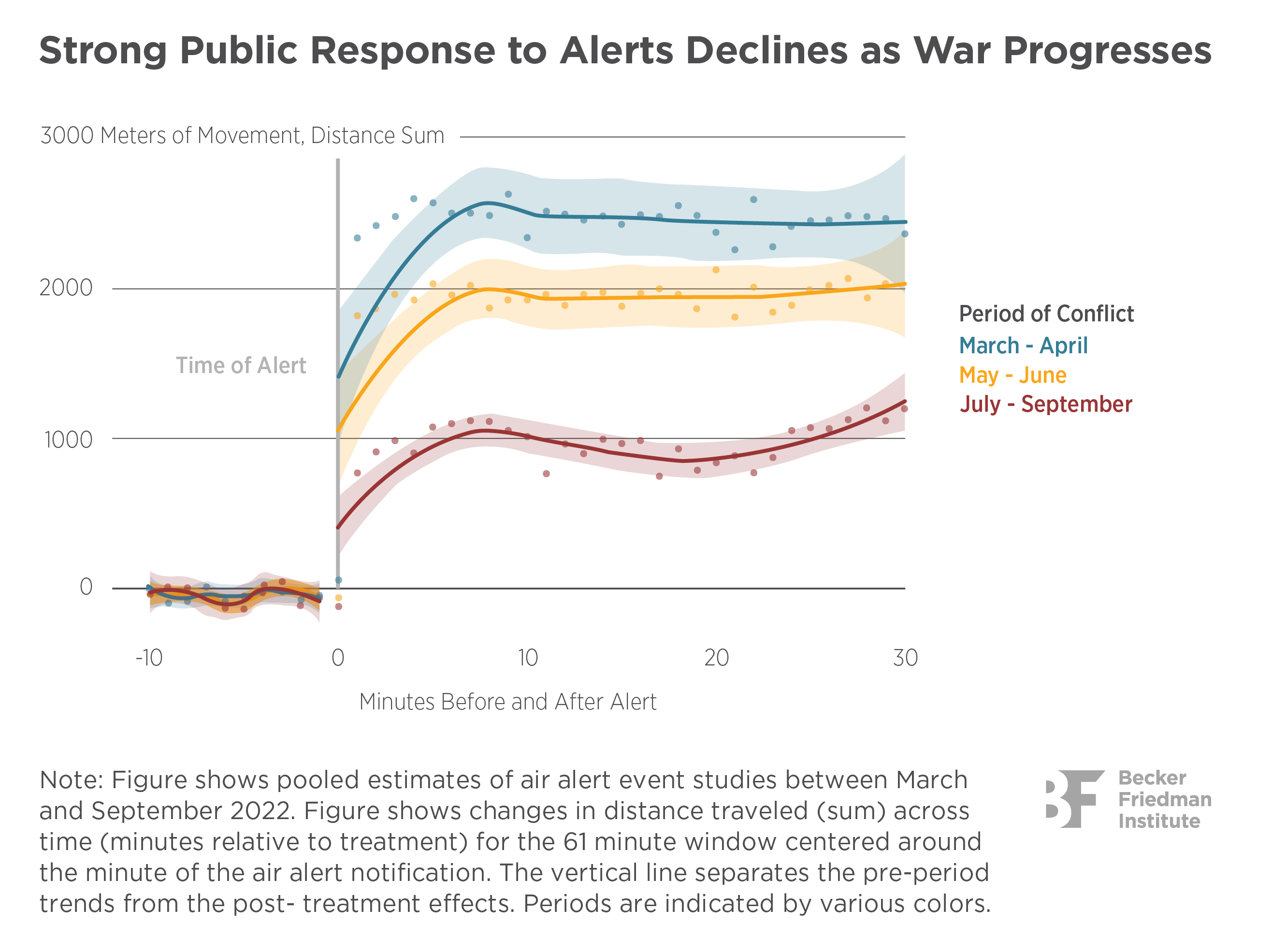 This pairing of messages and mobility enables the authors to study whether mobility changes discontinuously as alerts are transmitted to mobile devices. This quasi-experimental approach provides credible estimates of costly, real-world responses to alerts during conflict. Relying on estimates from more than 3,000 local, device-by-minute event studies, the authors document five core findings:

These rapid post-alert changes in civilian movement attenuate substantially as the
war progresses.

Post-alert changes in vertical movement suggest widespread use of underground shelters, which attenuates with time.

Public responsiveness attenuates even when civilians are exposed to higher
quality information.

Post-alert movement patterns more rapidly attenuate when the local population has been living under an extended “state of alarm” (high duration of recent bombardment alerts). Taken together, these results are consistent with the presence of an alert fatigue effect.

Finally, to quantify the consequences of diminished public responsiveness to government messages, the authors conduct a series of exercises to suggest that between 8-15% of civilian casualties could have been avoided if post-alert responsiveness had remained the same over time.

Bottom line: For policymakers hoping to minimize harm during a military conflict, this work reveals that government messaging is a powerful tool, with one important caveat—public engagement is essential.