Assortative mating, or who marries whom, fundamentally shapes our society, as it determines the joint attributes of married couples. Recent descriptive studies raise the question of why college graduates are so likely to marry someone within their own institution or field of study. Explanations include pure selection, whereby individuals may match on traits correlated with choice of college field or institution, or causation, where the choice of college education causally impacts whether and whom one marries, and which can operate through a number of channels, including search frictions or preferences for spousal education. 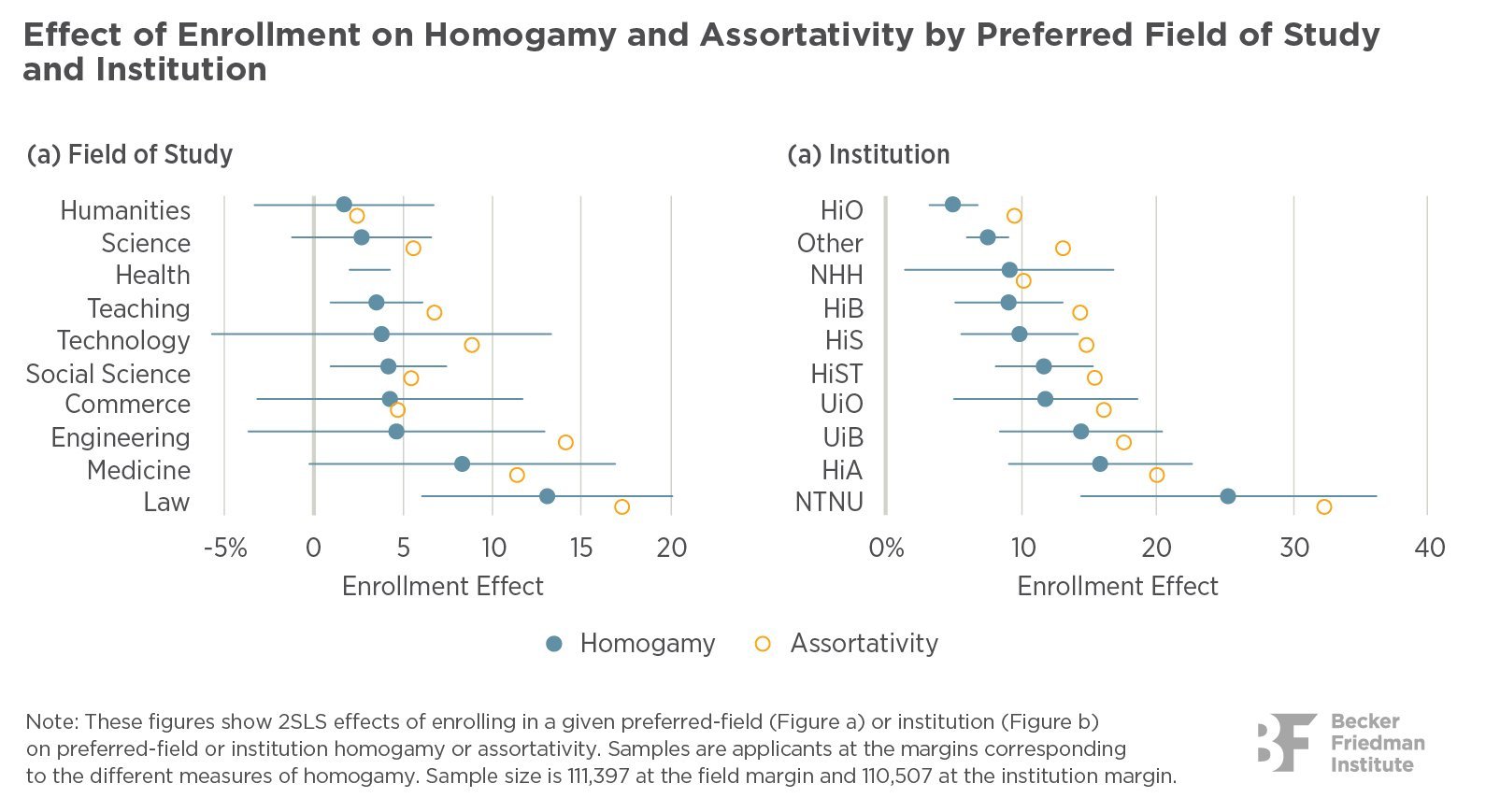 Sorting out these explanations is central both to gauge the socio-economic consequences of college education and to understand how education policy and college admission criteria may influence outcomes in the marriage market. Furthermore, evidence that individuals match with the same education types primarily because of search frictions as opposed to preferences would suggest that marriage markets are much more local than typically modeled or described by economists. This research analyzes these explanations and, by doing so, examines the role of colleges as marriage markets.

The context of the authors’ study is Norway’s postsecondary education system. The centralized admission process and the rich nationwide data allow them to observe not only people’s choice of college education (institution and field) and workplace, but also if and who they marry (or cohabit with), and to credibly study effects of college enrollment. The authors find the following:

Taken together, these findings suggests that colleges are effectively local marriage markets, mattering greatly for the whom one marries, not because of the pre-determined traits of the students that are admitted but as a direct result of attending a particular institution at a given time.