Many observers point to India’s Industrial Disputes Act (IDA) of 1947 as an important constraint on growth. The IDA requires firms with more than 100 workers that shrink their employment to provide severance pay, mandatory notice, and obtain governmental retrenchment authorization. The IDA thus potentially constrains growth in two ways. First, the most productive Indian firms are likely sub-optimally small. Likewise, the Indian manufacturing sector is characterized by many informal firms, a small number of large firms, and a high marginal product of labor in large firms. Second, the higher costs faced by large firms in retrenching workers may dissuade them from undertaking risky investments to expand, one of the possible forces behind the low life-cycle growth of Indian firms.

The authors reveal that the constraints on large firms have diminished since the early 2000s, even though there has been no change in the IDA, and they offer visual evidence in the accompanying Figure. The left panel shows that the thickness of the right tail of formal Indian manufacturing increased between 2000 and 2015. The right panel shows that average value-added/worker is increasing in firm employment in 2000 and 2015, but this relationship is more attenuated in 2015 compared to 2000, particularly for firms with more than 100 workers. If the marginal product is proportional to the average product of labor, and profit-maximizing firms equate the marginal product of labor to the cost of labor, then this suggests that the effective cost of labor has diminished for larger Indian firms compared to smaller firms.

What was special about the early 2000s that caused an explosion of contract labor in India, when a legal framework for the deployment of contract labor was in place since the 1970s? The authors argue that a 2001 Indian Supreme Court decision paved the way for large firms to increasingly rely on contract labor. Prior to this decision, it was unclear whether firms who were caught improperly using contract workers would have to absorb them into regular employment, which plausibly made large firms reticent to rely on contract labor. The 2001 Supreme Court decision clarified that this was not the case, leading to a discrete change in the use of contract workers by large firms, in the employment share of large firms, and in the gap in labor productivity between large and small firms after 2001. In addition, these changes were more pronounced in pro-worker states and for firms with better access to staffing firms prior to the decision. 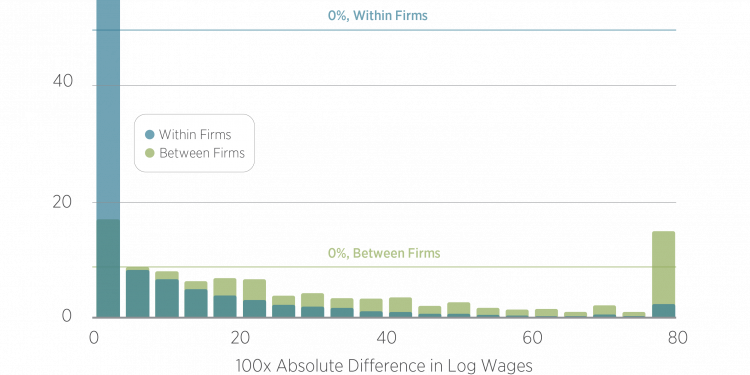