At least theoretically, citizens can combat corruption among elected officials by voting out the perpetrators and electing other candidates. Despite this option, corruption persists. Research has suggested that citizens lack the information necessary to vote out bad actors. Still other research shows that even with adequate information, voters do not respond as expected. What explains this phenomenon? 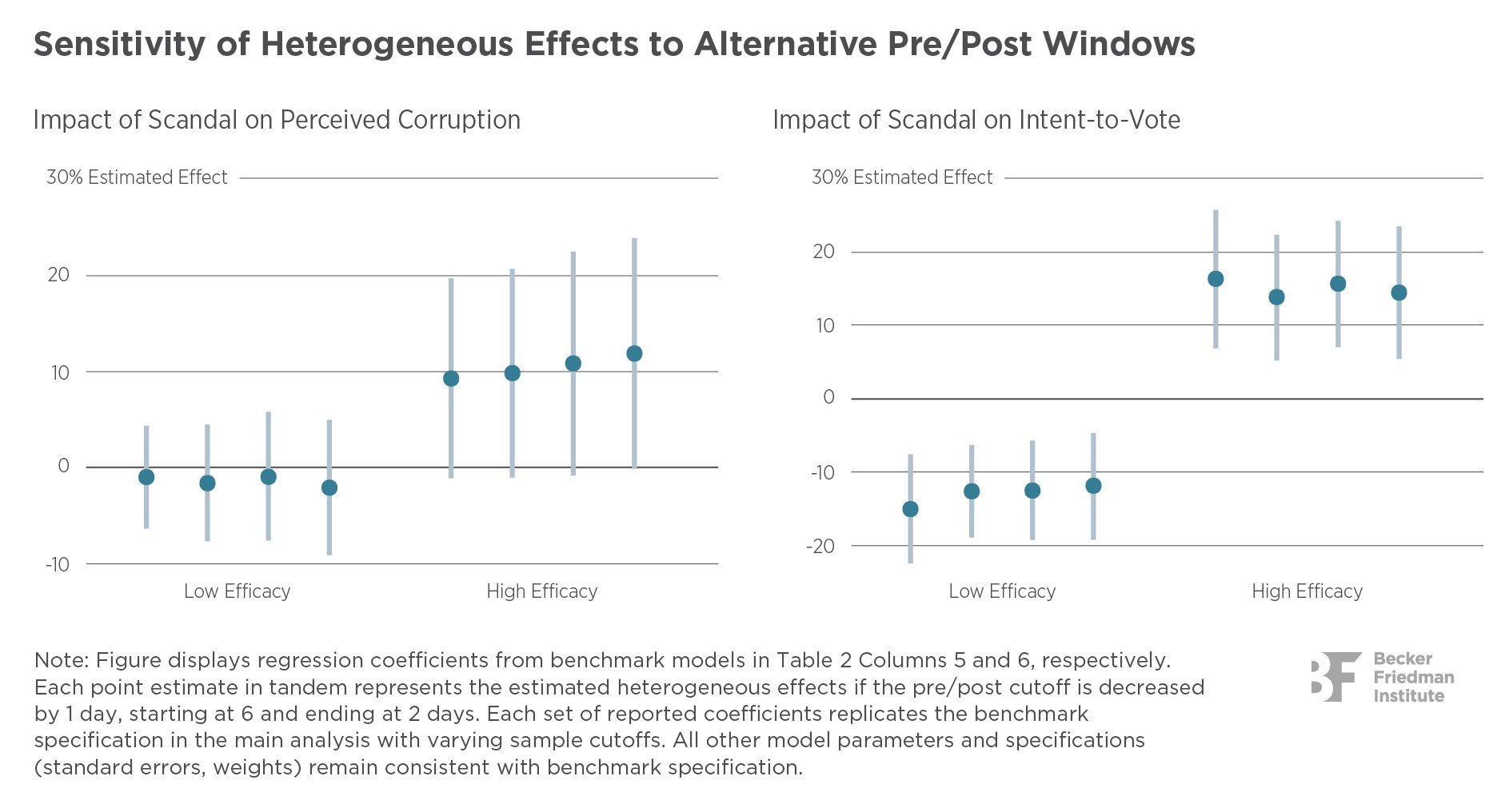 This research sheds new light on this question by analyzing responses to the 2010 Kabul Bank crisis, one of the largest banking failures in the world, which revealed corrupt links between high-ranking Afghanistan public officials and the largest Afghan private lender. Within days, the scandal triggered widespread bank runs and the largest government bailout in the country’s history. The scandal unfolded three weeks before the 2010 parliamentary election and, in a bit of providential coincidence, the scandal also occurred midway through the collection of a nationwide survey, which included questions about corruption in government, voter preferences, and the efficacy of government institutions.

The timing of the survey, along with a fixed sampling that was randomized within districts, allowed the authors to adopt a novel quasi-experimental approach when analyzing the results. The authors reveal the following key findings:

While the authors are careful not to lend a causal interpretation to their observed heterogeneous effects, their findings do suggest that political efficacy likely plays an important role in shaping how voters mobilize in the wake of an unexpected corruption scandal. Regardless of what explains variation in the ebb and flow of political efficacy across and within countries, this work suggests that citizens will react differently to information about corruption because of political efficacy.