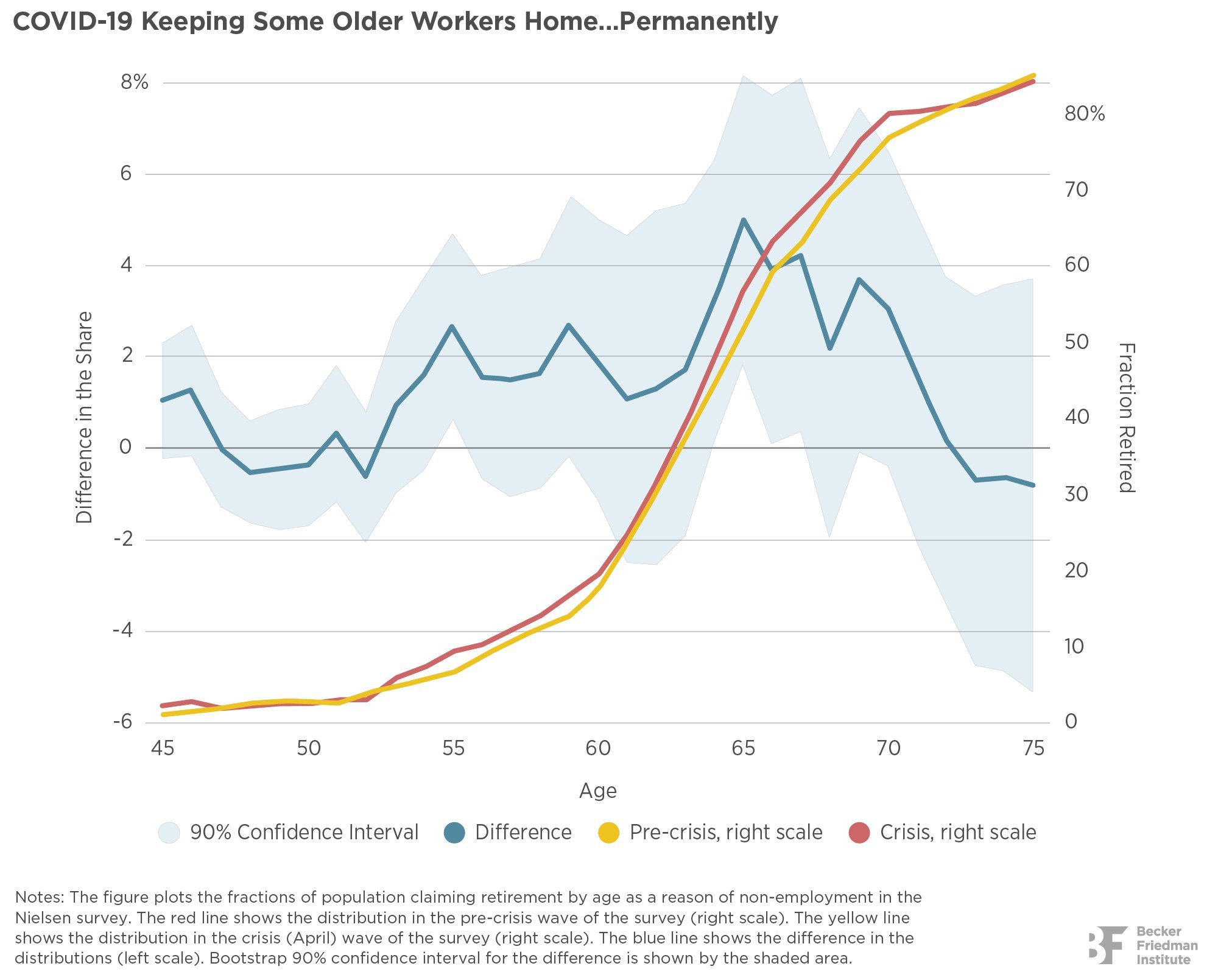 The arrival of COVID-19 resulted in dramatic changes in the US labor markets with initial claims skyrocketing and a sharp decline in labor-force participation of more than 7 percentage points. Less noticed was the key driver of the drop in labor-force participation: a wave of earlier than planned retirements. The authors use customized surveys on a panel of more than 10,000 Americans before, and at the onset of, COVID-19 to show that the share of Americans not actively looking for work because of retirement increased by 7 percentage points between January and early April of 2020.

This increase is more than twice as large among women as among men. This makes early retirement a major force in accounting for the decline in the labor-force participation. Given that the age distribution of the two surveys is comparable, this suggests that the onset of the COVID-19 crisis led to a wave of earlier than planned retirements. With the high sensitivity of seniors to the COVID-19 virus, this may reflect in part a decision to either leave employment earlier than planned due to higher risks of working or a choice to not look for new employment and retire after losing their work in the crisis.

To better understand which parts of the age distribution might drive the increase of retirees in their survey and whether economic incentives at least partially play a role, the authors plot in the accompanying figure the fraction of those claiming being retired (left scale) both in the pre-crisis wave (yellow line) and in the crisis wave (red) together with the difference between the two (blue line, right scale). The crisis has shifted the whole distribution up, that is, for each part of the age distribution a larger fraction of the survey population now claims being retired. Hence, even for those that are well before retirement age, the authors note a large increase in early retirement. Moreover, a notable jump in the difference occurs at age 66, which is the first year people can claim retirement benefits without penalty from the social security administration (SSA). Historically, only a few people returned from retirement to the labor force, which hints toward a sluggish recovery down the road. 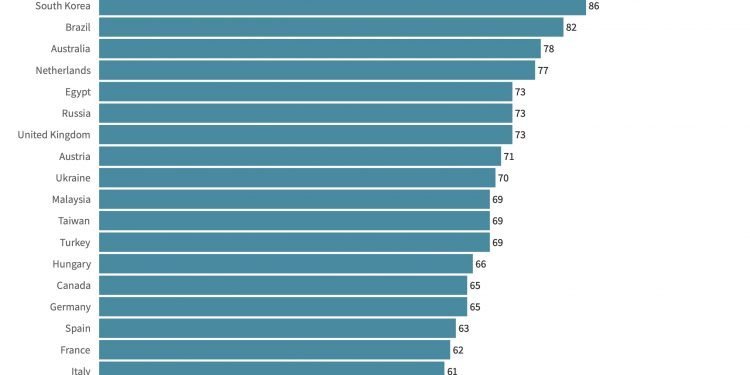