The CARES Act, signed into law on March 27 to combat the economic fallout from the COVID-19 pandemic, is the largest economic stimulus in US history. Among its many provisions, CARES also contained several corporate tax breaks. Ostensibly, these tax breaks provided immediate liquidity and incentives for firms to avoid layoffs. However, the tax breaks have received a lot of criticism, with some calling them a “giveaway” to large corporations, and several Democratic politicians have introduced measures to scale them back. 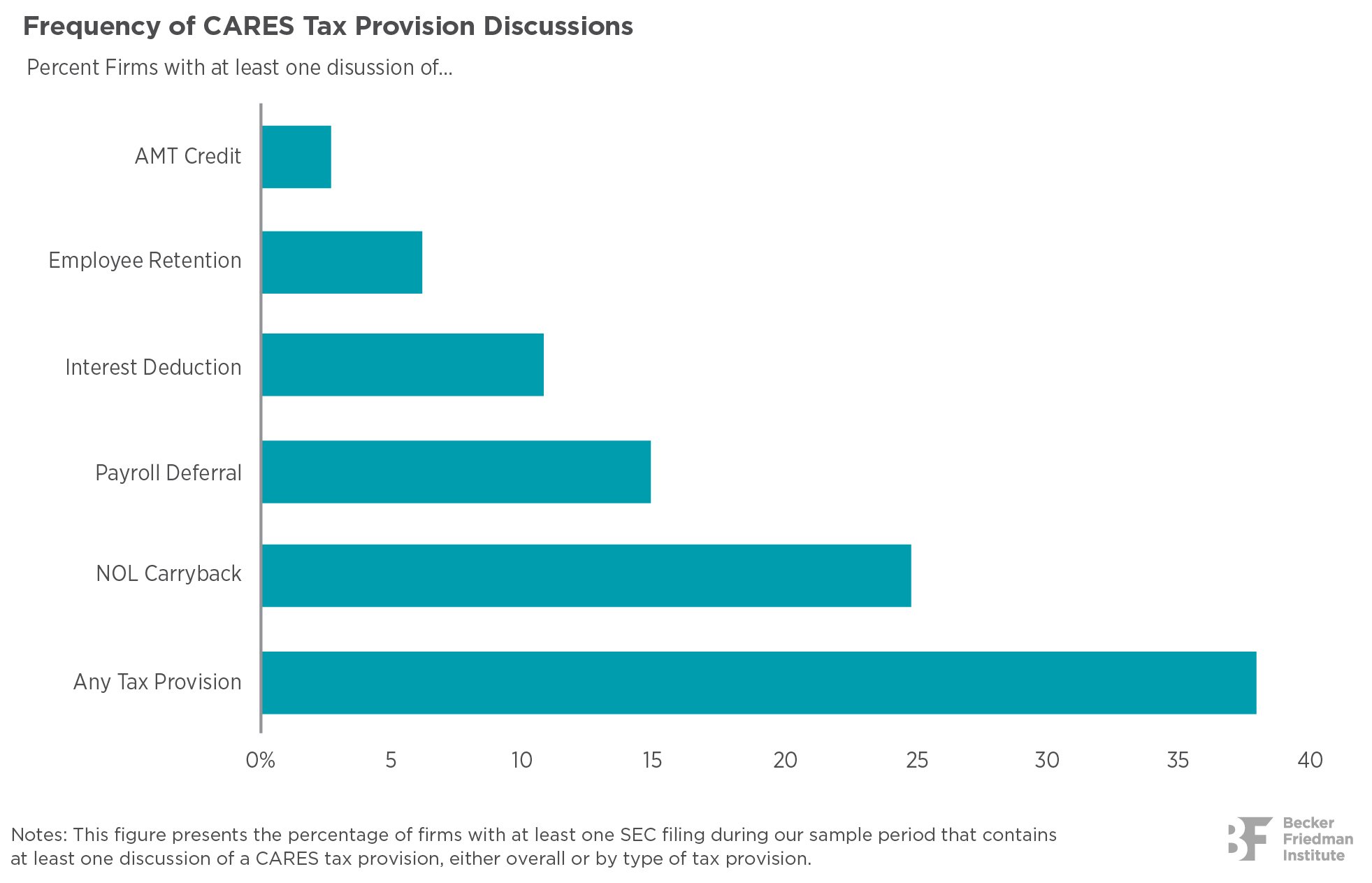 An analysis of SEC filings—in which publicly-traded US firms are required to discuss material events—since the passage of CARES reveals the following:

The authors acknowledge that firms may benefit from the provisions without discussing them in their SEC filings, and thus the full picture as to how these tax breaks affected U.S. firms will not be clear for some time. However, these early findings cast some doubt on the idea that the CARES corporate tax provisions provided significant liquidity and incentives to retain employees for most publicly-traded U.S. firms. Furthermore, the most frequently discussed tax provision—the NOL carryback—may have primarily benefitted the firms (and their shareholders) whose stock price had deteriorated the most prior to CARES, rather than the firms operating in areas hardest hit by the pandemic.