This work builds on the authors’ late-April research (The Targeting of the Paycheck Protection Program) that did not find evidence that PPP funds flowed to areas that were more adversely affected by the economic effects of the pandemic, and that lender heterogeneity in PPP participation explains, in part, the weak correlation between economic declines and PPP lending.

In this work, the authors present two new findings:

For policymakers charged with crafting effective policies that meet desired goals, measuring the social insurance value of the PPP is essential. As data become available, the authors will continue to examine the program’s effects on firms’ ability to meet commitments, as well as other medium- and long-term effects. 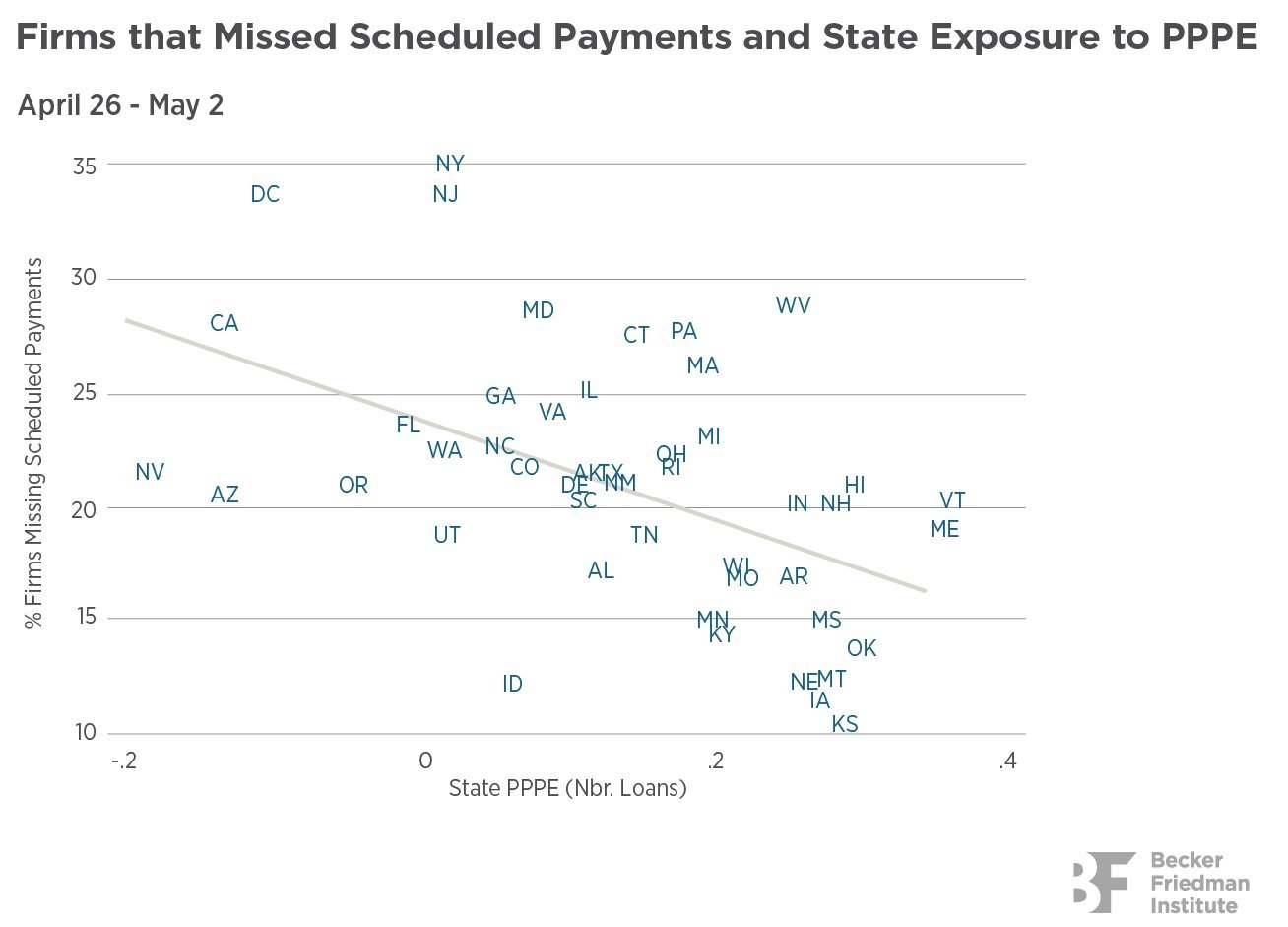