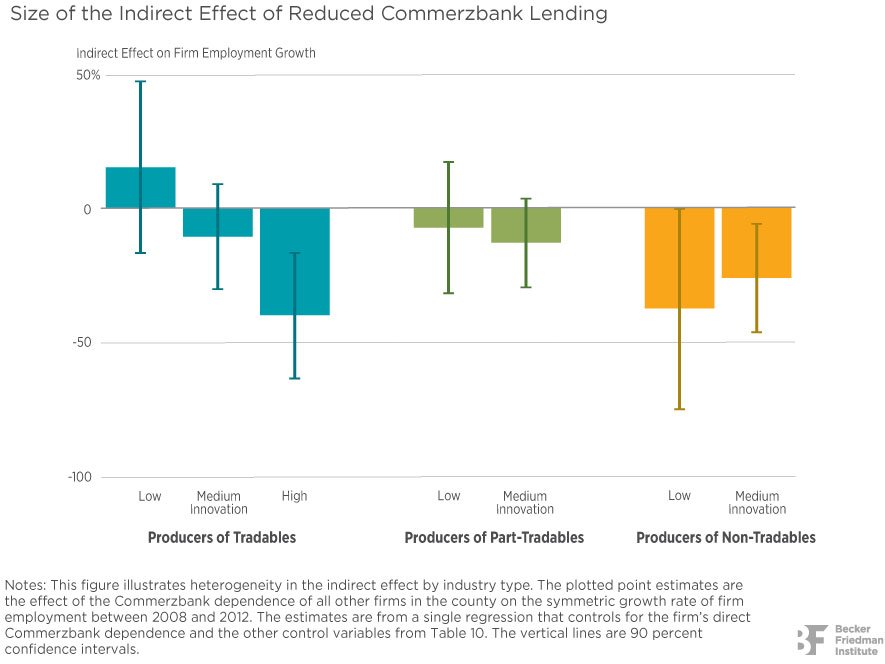 The COVID-19 pandemic initially led governments to shut down a few sectors, for example the service, hospitality, and travel industry. Huber’s 2018 study highlights that such disruptions can harm the entire economy, even if they initially only affect a few companies. To make this point, Huber shows that Commerzbank, one of Germany’s largest banks, cut lending to its German borrowers during the 2008-09 financial crisis. The lending disruption reduced the growth of companies that relied directly on loans from Commerzbank.

These findings may apply to the current economic shock due to the COVID-19 pandemic. For example, if directly disrupted companies fire workers, those workers will spend less, which will spill over to negatively affect other firms. Moreover, the economic harm of the current crisis may last longer than the actual disruption due to COVID-19.