The lack of demographic diversity in the composition of important policy committees such as the Federal Open Market Committee (FOMC) at the US Federal Reserve or the European Central Bank’s Governing Council has raised questions about equity and fairness in the policy process. Beyond equity and fairness, advocates also argue that more diverse committees reflect more viewpoints and experiences, which may lead to better decisions. Furthermore, diverse committees may be better able to relate to and talk to many different communities. 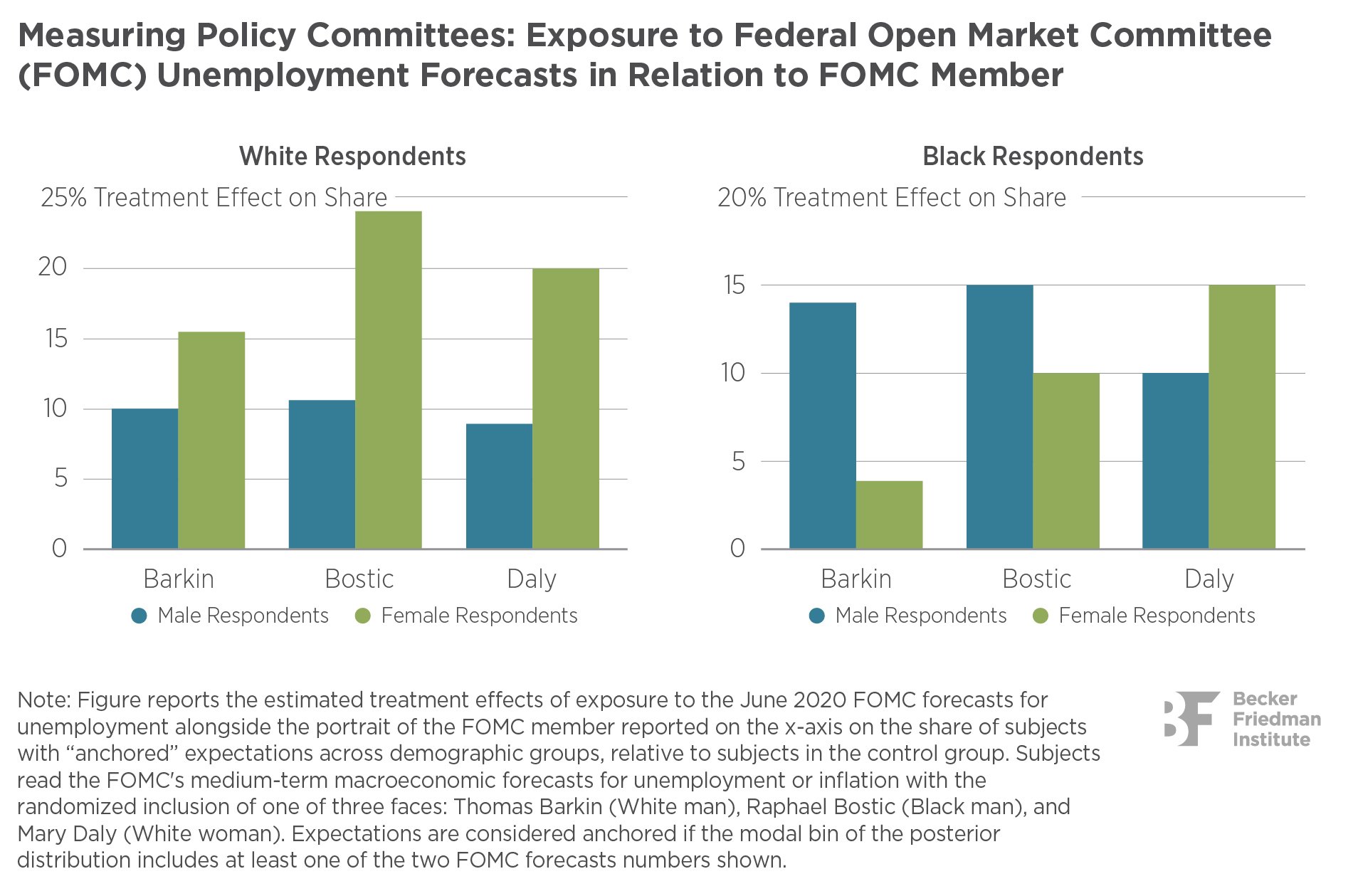 But how to measure such effects? To overcome long-standing empirical challenges, the authors built on a large body of research in social psychology and cultural economics to design an information-treatment randomized control trial (RCT) on a representative survey population of more than 9,000 US consumers. Subjects read the FOMC’s medium-term macroeconomic forecasts for unemployment or inflation with the randomized inclusion of one of three faces of FOMC members (and regional Fed presidents): Thomas Barkin (White man), Raphael Bostic (Black man), and Mary Daly (White woman).

In a separate survey, the authors verified the effectiveness of this experimental intervention, in that exposure to the Black or female committee member induces subjects of all demographics, on average, to perceive a higher presence of these traditionally underrepresented groups on the FOMC. The authors’ main test compares the subjective macroeconomic expectations of consumers who belong to the same demographic group and who see the same forecast but for whom FOMC diversity salience varies. Their findings include:

The authors also measure trust in the Fed’s ability to adequately manage inflation and unemployment, as well as whether the Fed acts in the interest of all Americans. Both forms of trust correlate significantly with subjects’ propensity to form expectations in line with the FOMC’s forecasts. Furthermore, underrepresented subjects are substantially more distrustful of the Fed in the control treatment that did not receive any forecast and did not see the picture of any policymaker. By contrast, female and Black subjects become significantly less distrustful when the presence of Mary Daly or Raphael Bostic on the FOMC is salient. Again, no offsetting negative effect on the trust of White male subjects exists, so that overall trust in the Fed increases in these treatments.

In a follow-up study to further assess the impact of diversity salience, the authors successfully contacted about one-third of the original subjects and had them read one of two articles featuring a statement about the US economy from a high-ranked policymaker, either from the Congressional Budget Office (CBO) or the Federal Reserve. Subjects were randomized into three groups where (a), the policymakers were not named; (b) both (named) policymakers were men; and (c), subjects had the choice between the same CBO male and a Fed female policymaker. The authors find that female subjects in the third group are significantly more likely to choose the article about the Fed than female subjects in the other two groups, whereas male subjects choose similarly across treatments. Higher policy committee diversity might thus increase underrepresented groups’ willingness to acquire information about monetary policy. 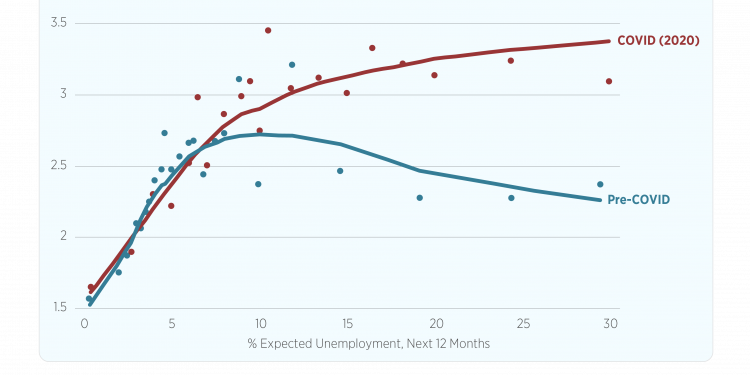 Nittai K. Bergman, David Matsa, Michael Weber
In recent years, and especially in the wake of the Great Recession of 2008-09, the Federal Reserve has paid increasing attention to employment data that go beyond the broad unemployment rate. For example, a low aggregate unemployment rate may mask higher rates for groups that, on average, are not as firmly attached to the labor market, like women, Blacks, and the least educated.
Topics:  Monetary Policy 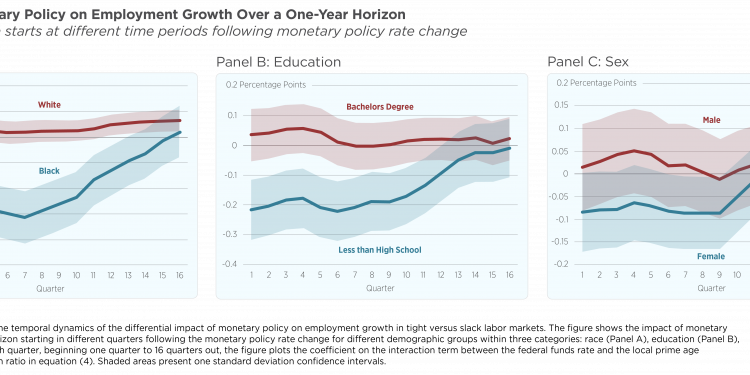