The U.S. Supplemental Security Income (SSI) program provides cash assistance to the families of 1.2 million low-income children with disabilities. When these children turn 18, they are reevaluated to determine whether their medical condition meets the eligibility criteria for adult SSI. About 40% of children who receive SSI just before age 18 are removed from SSI because of this reevaluation. Relative to those who stay on SSI in adulthood, these children lose nearly $10,000 annually in SSI benefits in adulthood. 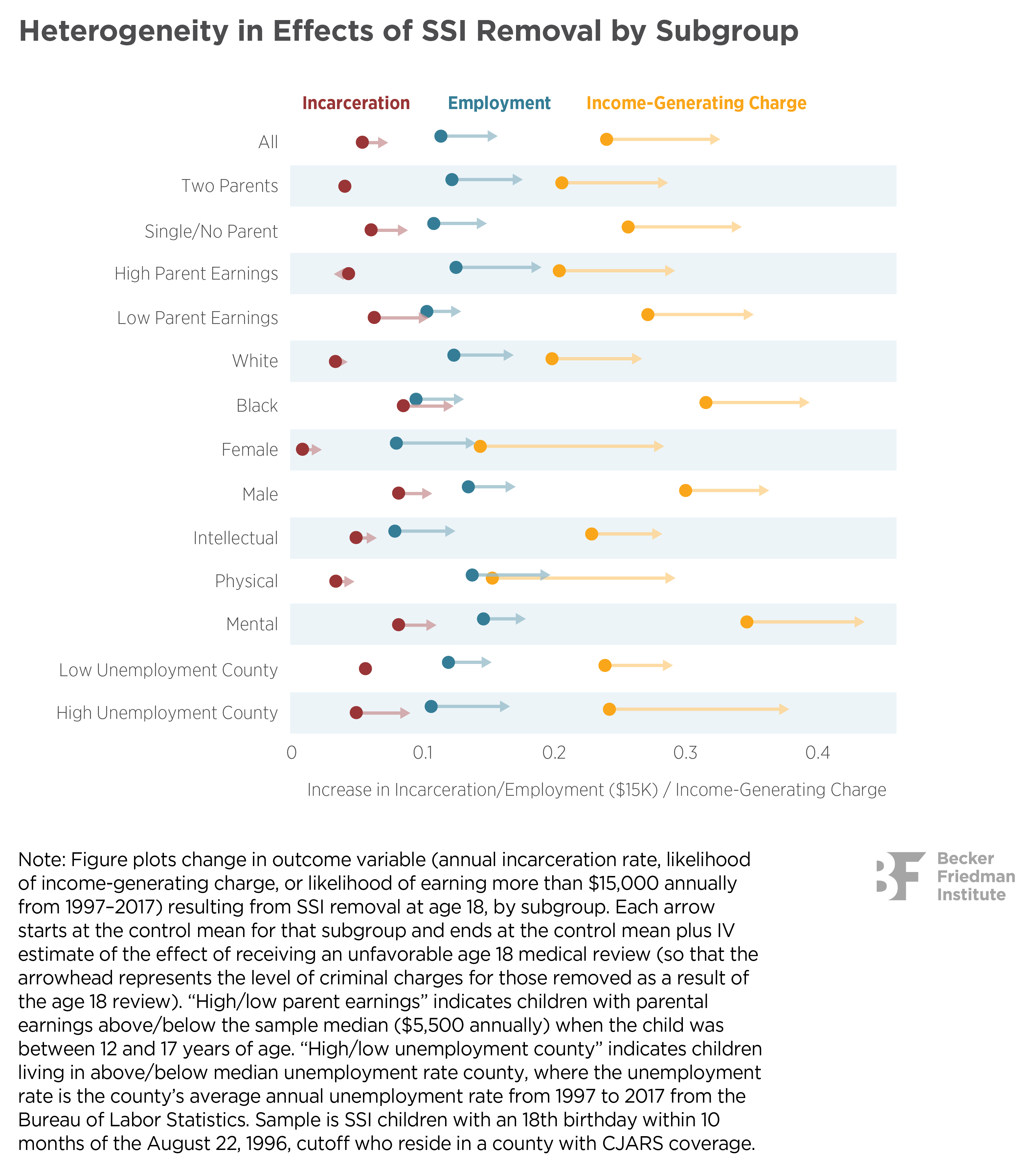 To investigate these questions, the authors build a unique dataset that allows them to measure the effect of SSI on joint employment and criminal justice outcomes, and to follow the outcomes of youth for two decades after they are removed from SSI. The first-ever descriptive statistics from this linkage indicate that nearly 40% of recent SSI cohorts are involved in the criminal justice system in adulthood, making criminal justice involvement a high-powered outcome for individuals who received SSI benefits as children.

Among other results, the authors find the following:

This work raises key questions for future research that have important implications for policymakers, especially concerning the likely effects of new or expanded general welfare programs. For example, should we expect the broader population of disadvantaged children to respond similarly to welfare benefits compared to children receiving SSI? And are the effects of gaining and losing welfare benefits symmetric, or does losing benefits have a larger effect than gaining benefits?

Atif R. Mian, Ludwig Straub, Amir Sufi
Interest rates among advanced economies have fallen precipitously in recent years, following a decades-long trend, and fueling fears of secular, or long-term, stagnation. What that means is the interest rate that balances desired saving and investment and, thus, leads to full employment and stable inflation, has not only approached zero but in theory could be negative, especially if not for generous government social programs. Likewise, fiscal deficits have grown.
Topics:  Fiscal Studies
Insights / Research Brief•Nov 30, 2021