To get their hands around the nature and scope of economic uncertainty before and during the pandemic, the authors examined a number of measures that focus on forward-looking uncertainty measures. Those measures are illustrated in the figures below; broadly speaking, they reveal huge—and varying—uncertainty jumps, including an 80 percent rise (relative to January 2020) in two-year implied volatility on the S&P 500, to a 20-fold rise in forecaster disagreement about UK growth. Also, time paths differ: Implied volatility rose rapidly from late February, peaked in mid-March, and fell back by late March as stock prices began to recover. In contrast, broader measures of uncertainty peaked later and then plateaued, as job losses mounted, highlighting the difference in uncertainty measures between Wall Street and Main Street.

While cautious about predictions, the authors do suggest that such high levels of uncertainty are not conducive to a rapid economic recovery. Elevated uncertainty generally makes firms and consumers cautious, retarding investment, hiring, and expenditures on consumer durables. Given the scale of recent job losses and the collapse in investment, a strong, rapid recovery would require a huge surge in new activity, which unprecedented levels of uncertainty will discourage. 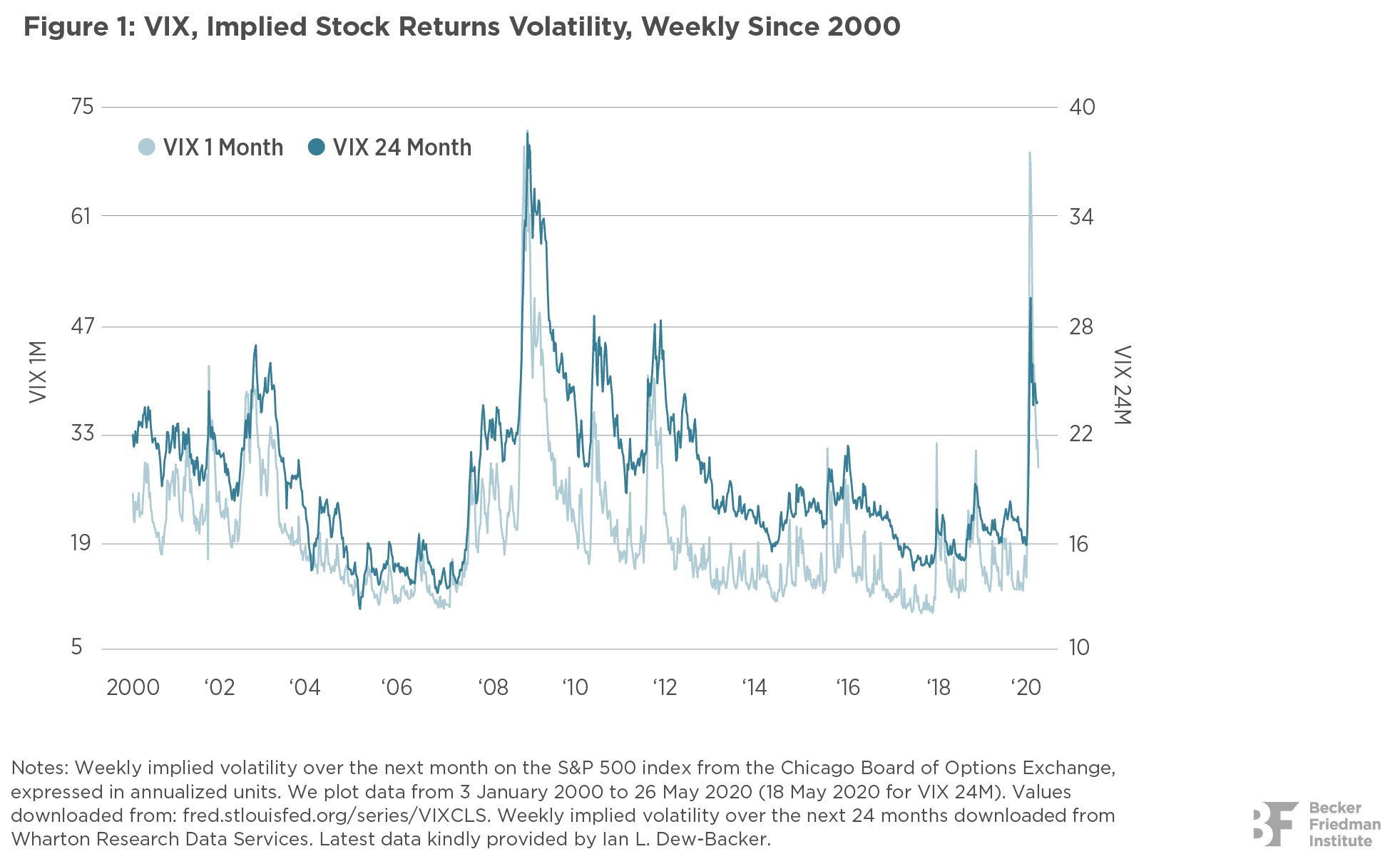 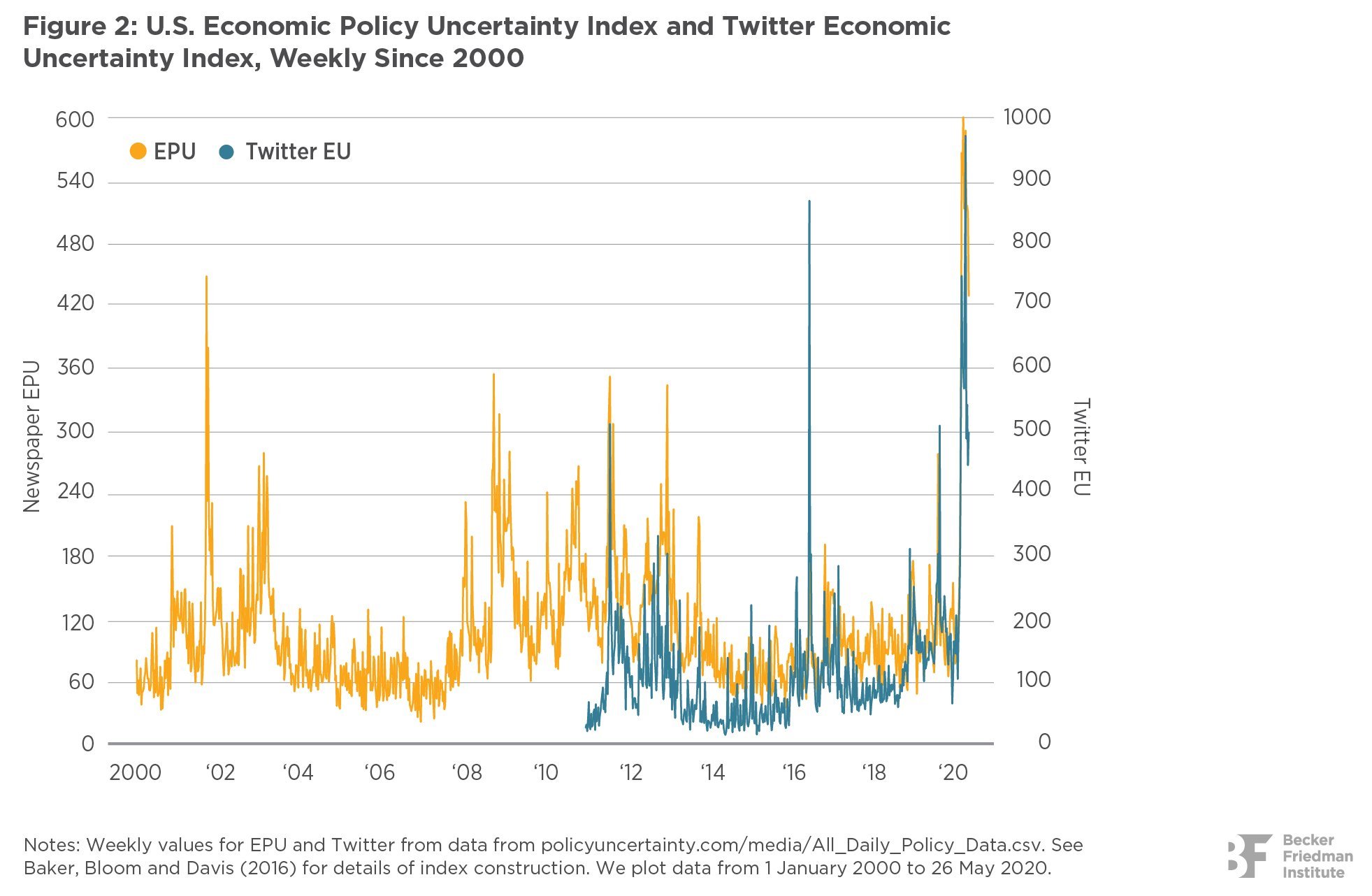 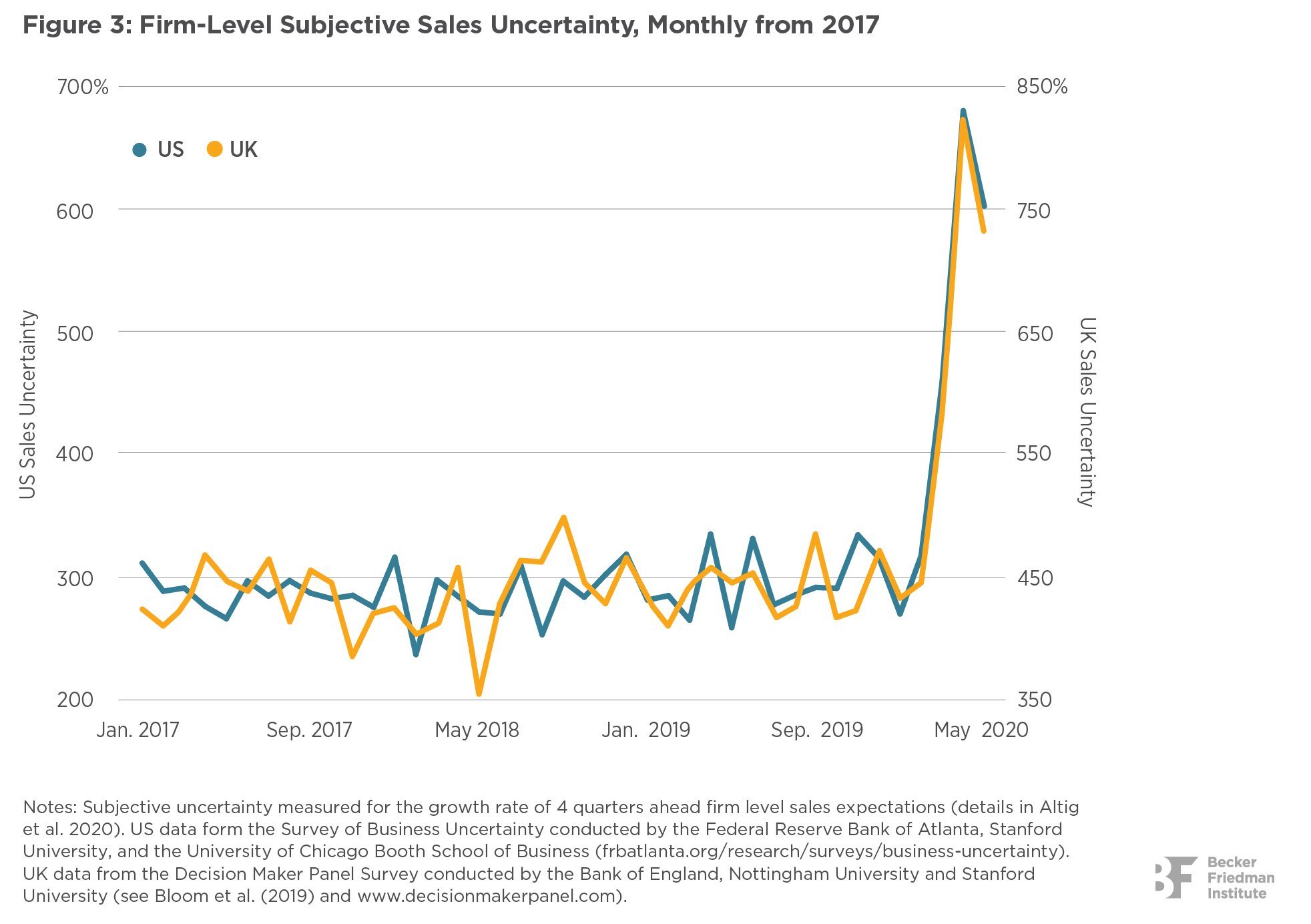 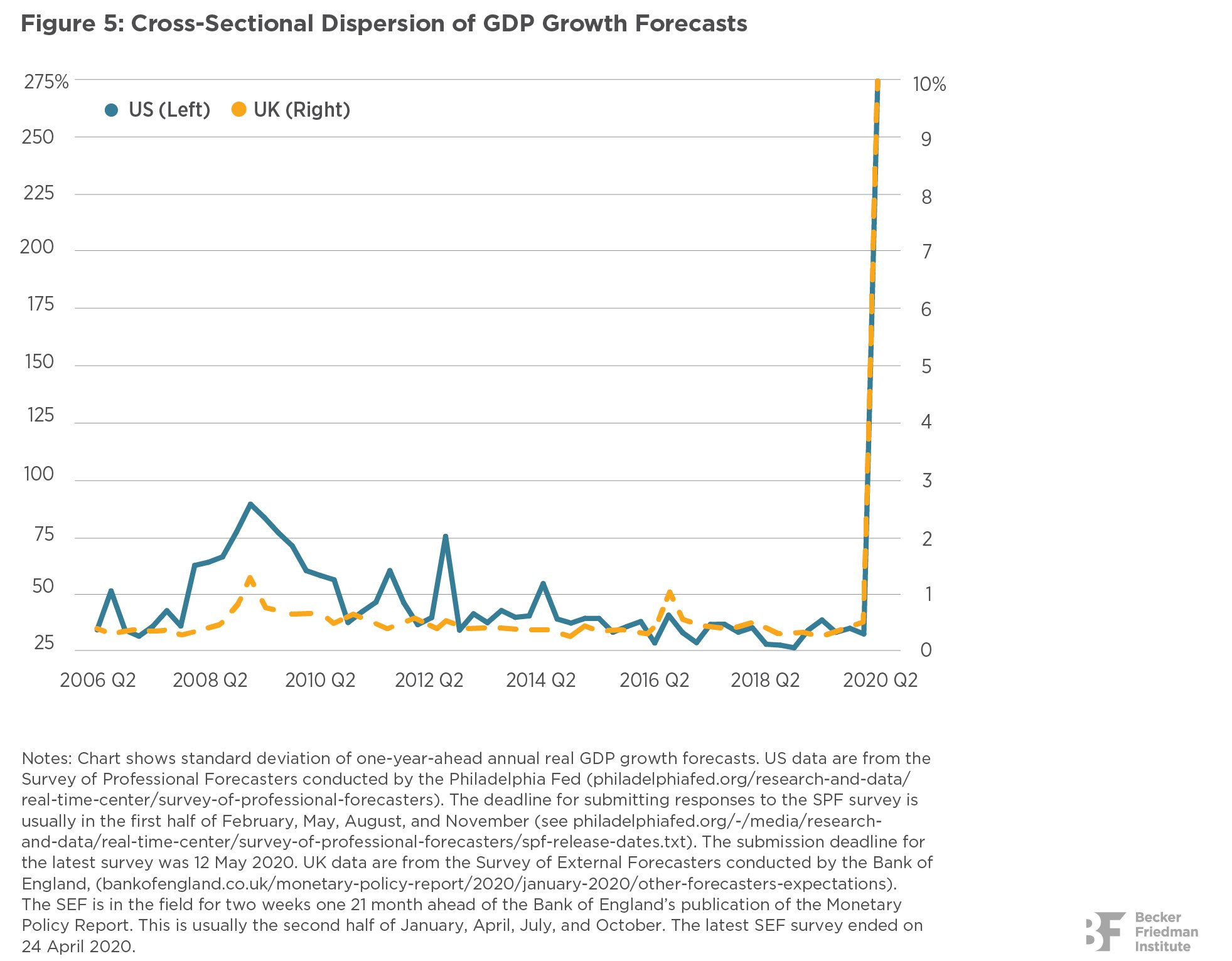 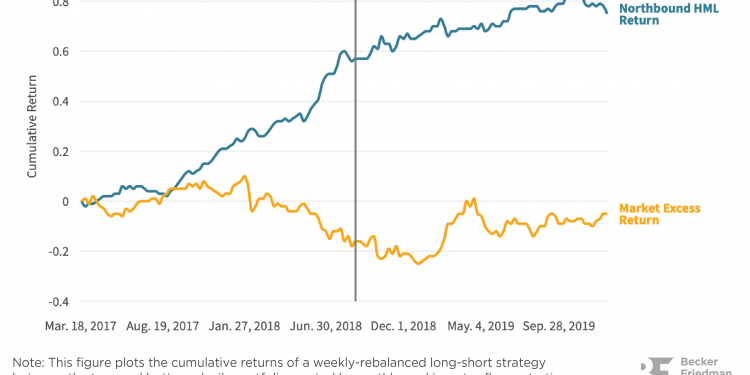 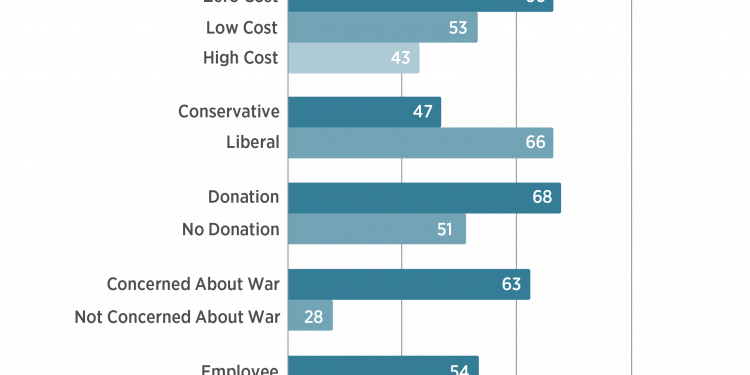 Oliver D. Hart, David Thesmar, Luigi Zingales
Of US respondents to a national survey, 61% say firms should exit Russia, regardless of the consequences; 37% think that leaving Russia is a purely business decision; while 66% would boycott nonconforming businesses, but desire to boycott diminishes as respondent costs rise.
Topics:  Financial Markets, Industrial Organization
View All