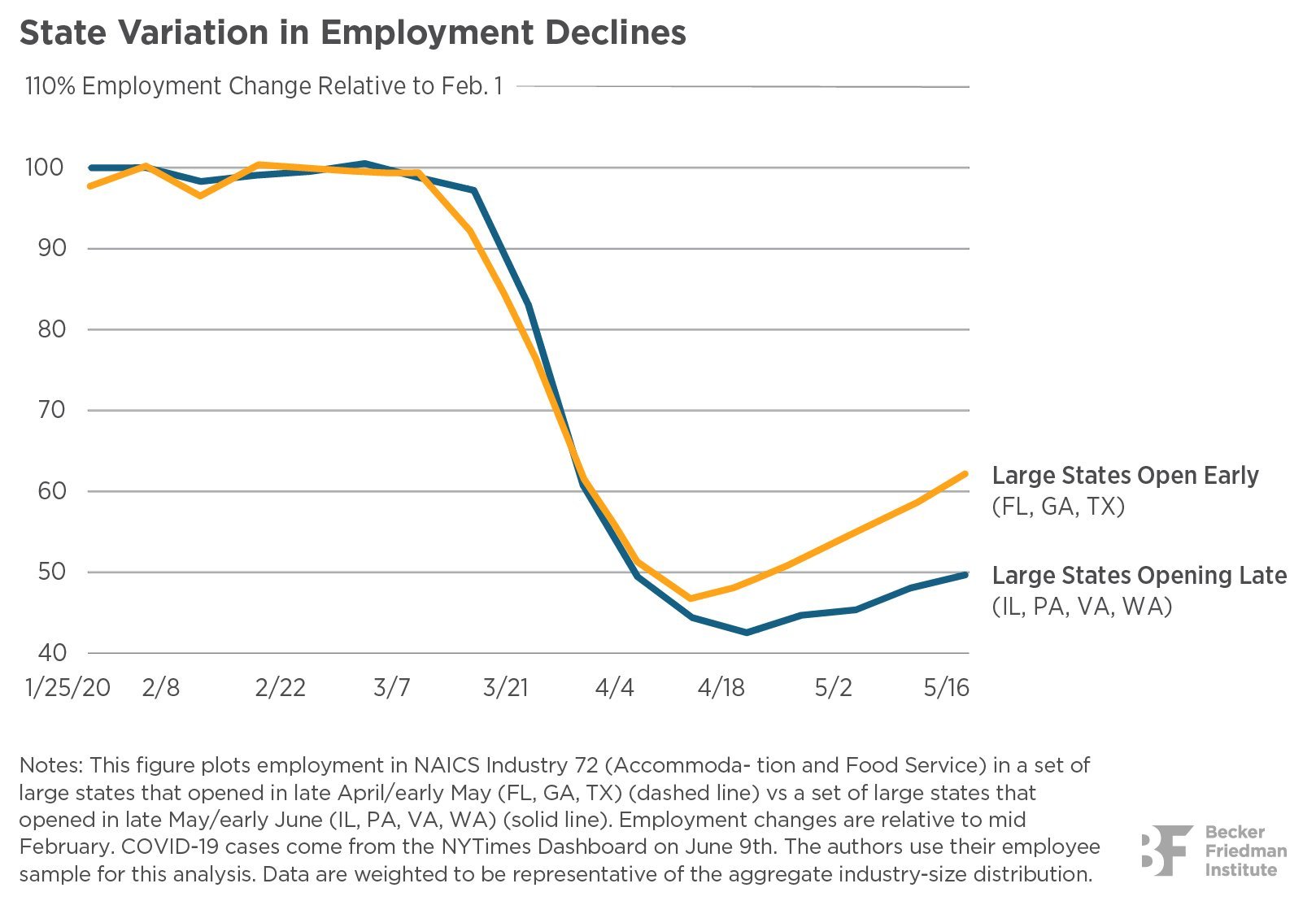 The spread of COVID-19 has not been uniform across the country. Urban areas have generally seen more aggressive spreads of the virus. These differences manifested themselves somewhat in the labor market as well. There is a strong relationship between the exposure to COVID-19 and employment declines.

The authors also found that employment in these sectors within states that opened later started to increase even prior to those states re-opening. While the increase was modest it showed that demand was increasing even before the states officially re-open. These findings suggest caution by researchers and policymakers alike seeking to link employment gains to re-opening schedules. 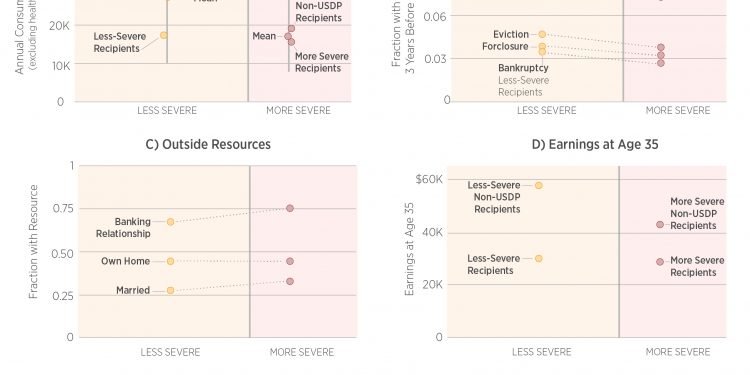 Beyond Health: Non-Health Risk and The Value of Disability Insurance