While the connection between family formation and crime has received substantial attention in the qualitative literature, quantitative evidence is sparse, and the question of whether—and to what degree—parenthood affects criminal behavior remains open. This paper uses administrative data covering more than a million parents to take an unprecedentedly close look at how parenthood affects criminal behavior. The authors implement a novel match between Washington State administrative records covering the universe of criminal arrests, births, marriages, and divorces—the largest such study ever conducted in the United States. 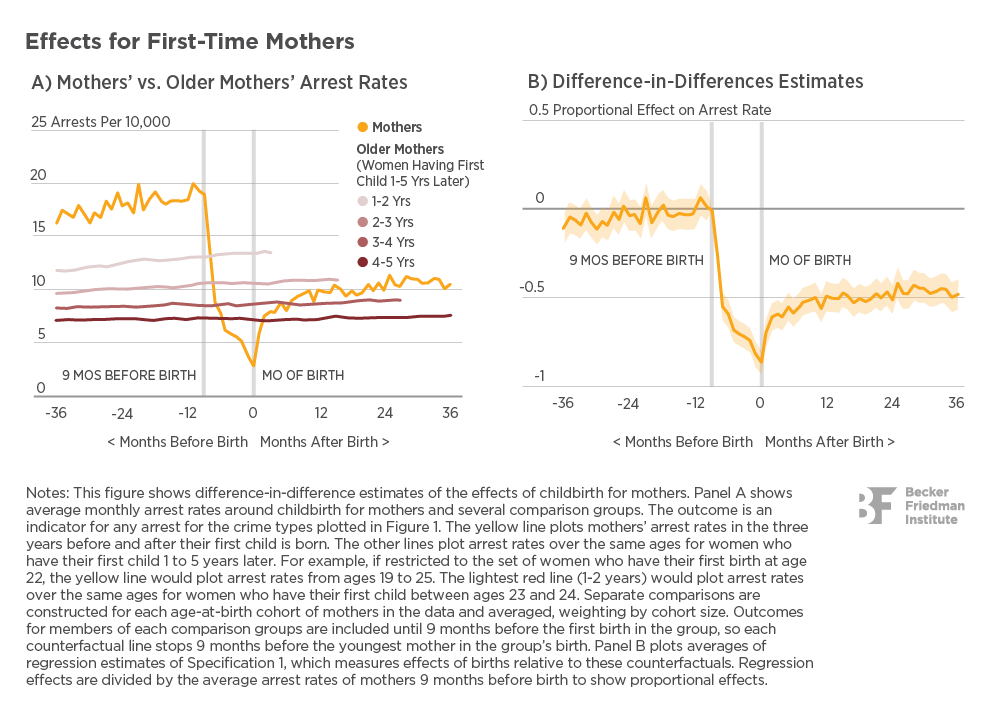 These data allow the authors to highlight high-frequency changes in both the timing and type of arrests, distinguishing between desistance that occurs well before a child is conceived and changes after conception, for example. The data’s scale also allows the authors to precisely measure differences in effects across birth order, child sex, parents’ age, and other characteristics that speak to potential mechanisms and reinforce the robustness of the main results. The authors use two primary research designs: a comparison of the age-crime profiles for men and women who have children at different ages, and a comparison of the crime trajectories of parents to live- vs. still-born children. The main findings are as follows: 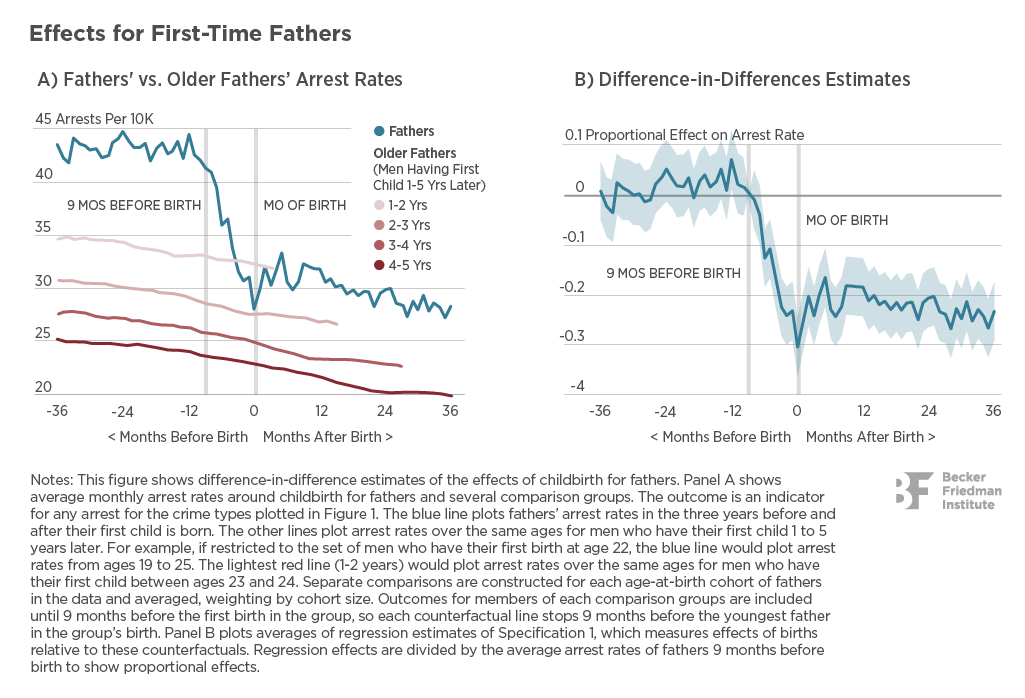 While the authors stress that parenthood is not a policy, they do note that governments take numerous actions to prevent teen pregnancy, support marriage through the tax code, and encourage father’s involvement in their children’s lives. This important new research reveals that some of these policies may have important spillover effects on parents’ criminal activity. In particular, the authors’ findings on the timing of desistance for fathers suggests that pregnancy could be a uniquely favorable time for interventions promoting additional positive changes. As often occurs in economics, though, there is an “other hand:” In this case, the stark patterns in domestic violence arrests may argue for expanding the purview of home visitation programs in the postnatal period, which are typically directed towards the child’s welfare
Finally, this work offers new insights surrounding teen motherhood and its consequences. In particular, the authors’ finding that drug arrests show large decreases after family formation implies that substance abuse may respond to incentives built around social bonds. This explanation aligns with addiction experts who observe the palliative effects of social cohesion (as exemplified, for example, in such programs as Alcoholics Anonymous). Bottom line: Social ties within the family may be a particularly potent source of support for combating addiction.