To support economies hit by the pandemic, governments have implemented large fiscal stimulus programs, but these programs have come at a steep price. In 2020, the advanced economies on average created extra public debt equaling 20 percent of GDP, pushing average debt-to-GDP to heights not seen since WWII. These exceptional debt levels are raising questions about how governments will ultimately finance them. Will such high levels require countries to inflate away part of their debts? Will individuals raise their inflation expectations and fuel an inflationary cycle? 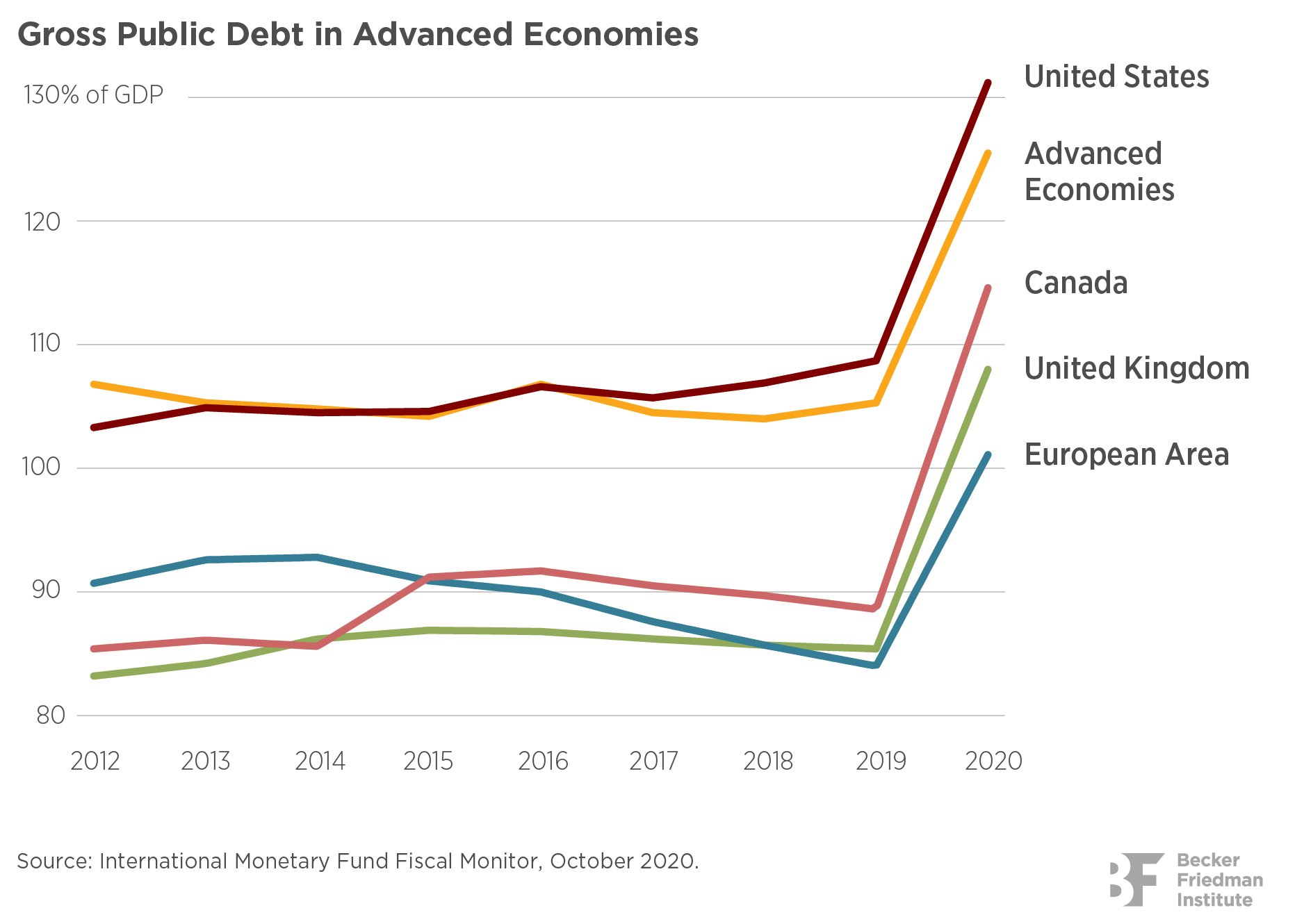 While theory suggests that fiscal considerations may play an important role in driving inflation expectations, little empirical evidence exists on the matter. To address this empirical gap, the authors use a large-scale survey of US households that assesses whether households’ inflation expectations react to certain financial information. Some information relates to current levels of deficits and debt whereas other information focuses on projected levels of debt in the future. 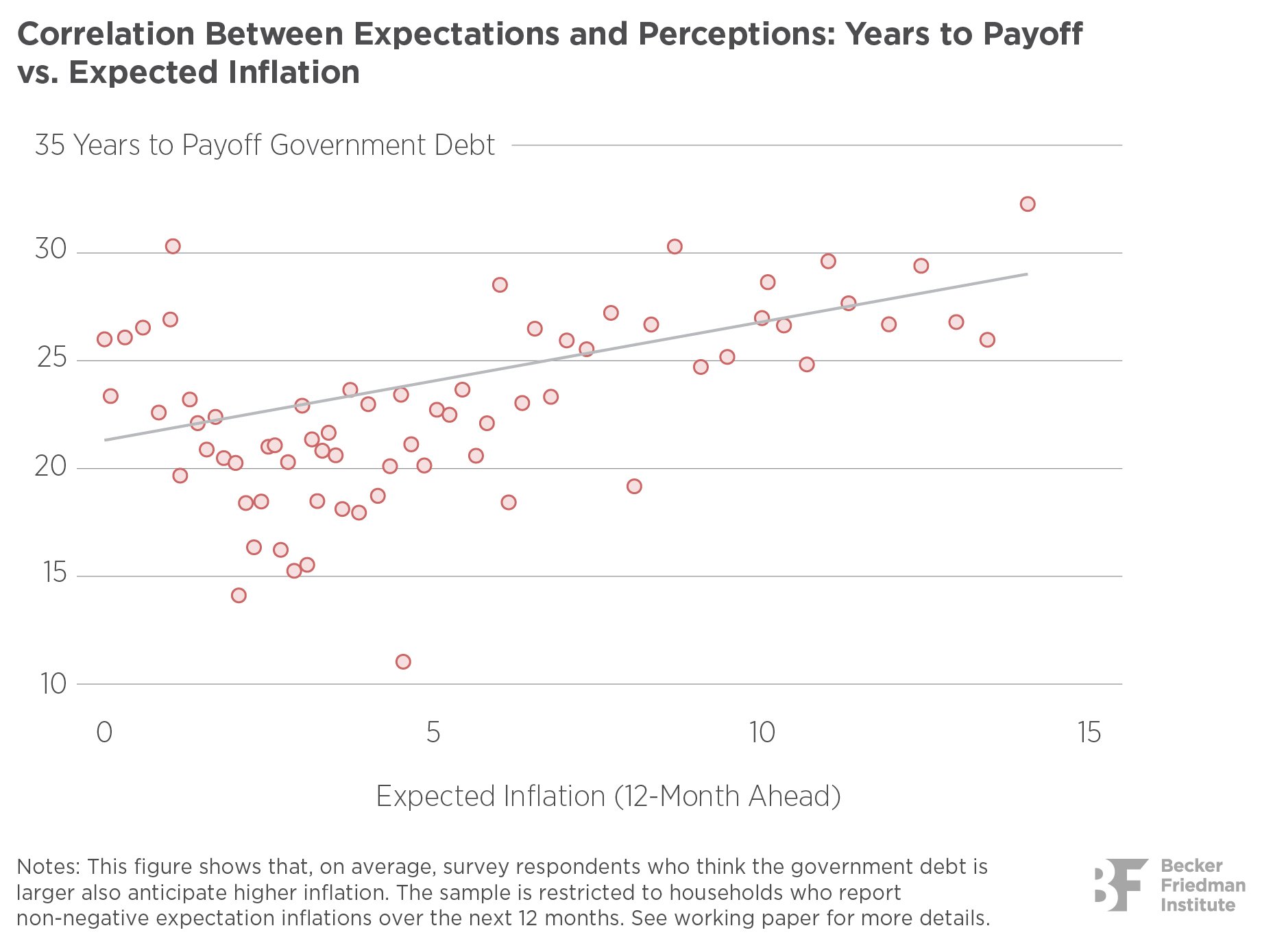 First, households incorporate this information into their outlook and raise their expectations about future debt levels.

Second, they seem to assume that much of the rising debt levels will come from higher spending on the part of the government.

Third, they anticipate higher inflation, both in the short-run and over the next decade, in response to this information.

These results suggest that households are able to distinguish between transitory fiscal changes and more permanent ones. Information about current fiscal levels does not seem to affect their broader outlook about the fiscal situation, including for future interest rates and inflation. But information about future changes in public debt, perhaps because they are indicative of more permanent changes in the fiscal outlook, leads households to anticipate some monetization of the debt.

This work offers important insights for current policymakers. Most households do not perceive current high deficits or current debt as inflationary, nor as being indicative of significant changes in the fiscal outlook. However, a persistently worsening fiscal outlook, with rising debt levels into the future, does seem to have a more powerful effect on expectations, including inducing households to expect some monetization of the future debt.