While research has offered insights into the economic costs of civil conflict, the effect on investment decisions is little understood. Do producers forgo profitable investment opportunities when faced with the uncertainties surrounding civil conflict? If so, such missed investment could restrict economic growth and further exacerbate cycles of violence. 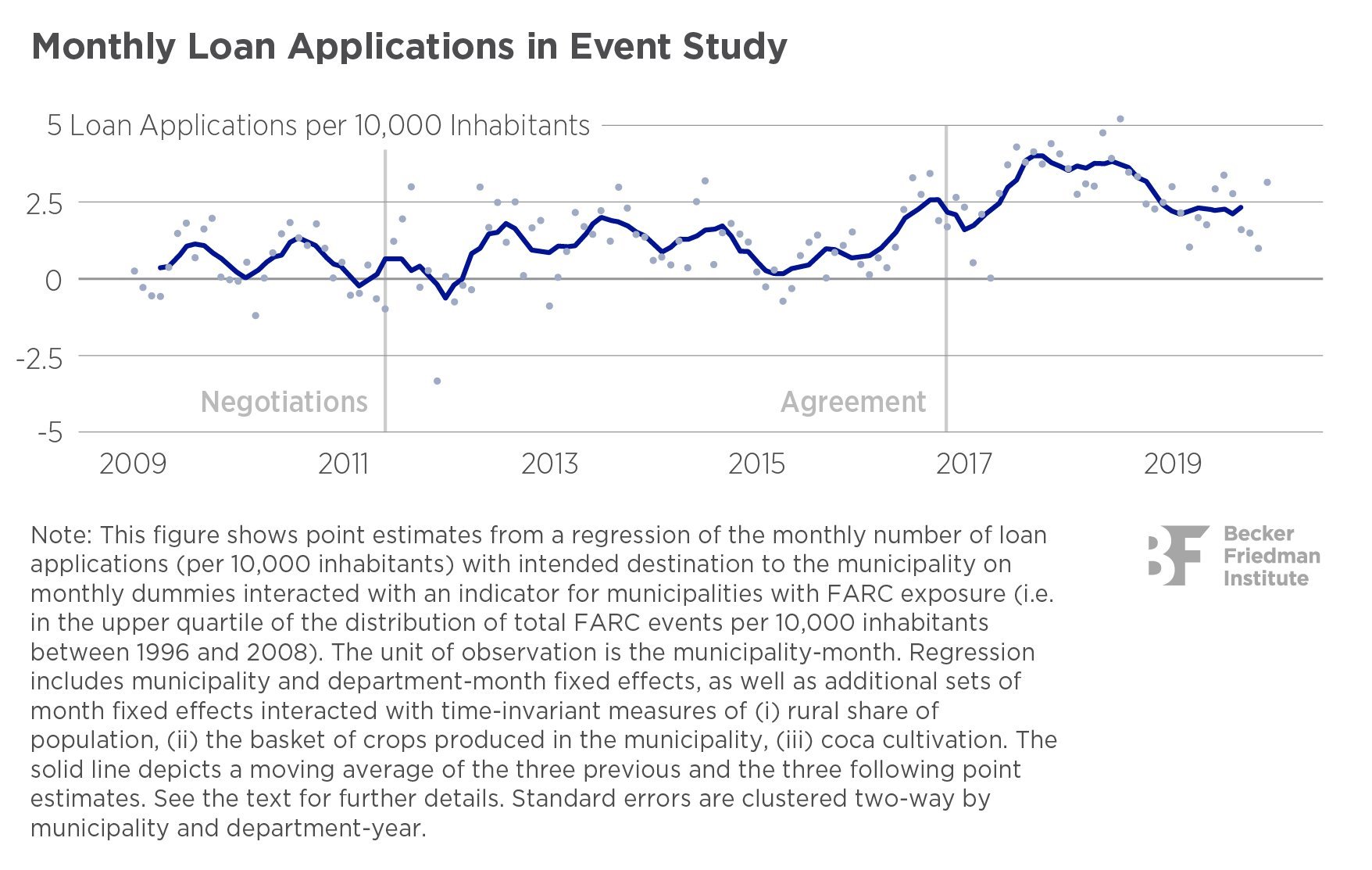 The authors address this research gap by examining the effect of civil conflict on investment by Colombian farmers using granular credit data from the country’s largest agricultural bank, Banco Agrario de Colombia (BAC). BAC is the only source of formal credit in many rural areas, and the authors’ dataset includes the universe of the bank’s business loans to small producers between 2009 and 2019 (2.9 million), corresponding to 1.7 million different applicants, which is equivalent to 64% of the country’s agricultural producers. These data also have unique features pertaining to timing, applicant status, and loan outcomes.

The authors examine variation in conflict arising from the 2016 demobilization agreement signed by the Colombian government and FARC, the Marxist guerrilla group fighting against the government in a civil conflict that ravaged the Colombian countryside for over 50 years, with an estimated death toll exceeding 200,000 victims. The authors calculate total FARC activity per municipality between 1996 and 2008, the most violent years in the conflict, and then rank those municipalities according to conflict exposure. This allows them to compare credit outcomes based on FARC exposure.

Their findings include the following:

Taken together, these findings provide key insight into the effect of civil conflict on investment decisions. While this research does not capture the macroeconomic impact of the peace agreement, it does provide evidence suggestive of a broadly positive economic impact. First, the fact that farmers are demanding more credit and paying back their loans suggests that these are profitable investments. Also, in-person audits of project sites indicate that farmers are generally using the funding for the declared purpose. Finally, the documented increase in nighttime luminosity in FARC municipalities following the peace agreement is consistent with a broad expansion of local economic activity, which arguably contributes to higher returns to investment and greater demand for credit.