One of the provisions of the new stimulus bill is called Pandemic Unemployment Assistance, which will extend unemployment benefits to self-employed workers, including gig workers. This is very different from the response in the Great Recession, when UI was not extended to the self-employed. While todays’ provisions are not completely unprecedented—they are largely based on the 1974 Disaster Unemployment Act—nothing like this has ever happened at this scope and scale. The author’s new research on gig work provides some insight into how many gig workers might be newly eligible for new Unemployment Insurance.

In research examining administrative tax records, Koustas and his co-authors find that around 11% of the workforce engages in some type of gig work. If we define gig work as all independent contract/ freelancing, most gig work is not at all new (see Figure 1). While gig work has grown over the last few years, almost all of the recent growth has come from work mediated via new online platforms, the largest component of which are ridesharing platforms.

Around 60% of gig workers do this work as a “side-gig,” holding a “regular” job as a traditional employee. This share rises to 81% in the online platform economy. For these workers, unemployment benefits eligibility will almost certainly be determined based on their main, non-gig job. Still, millions of gig-only workers might now be eligible for benefits, represented by the yellow line in Figure 1 below. 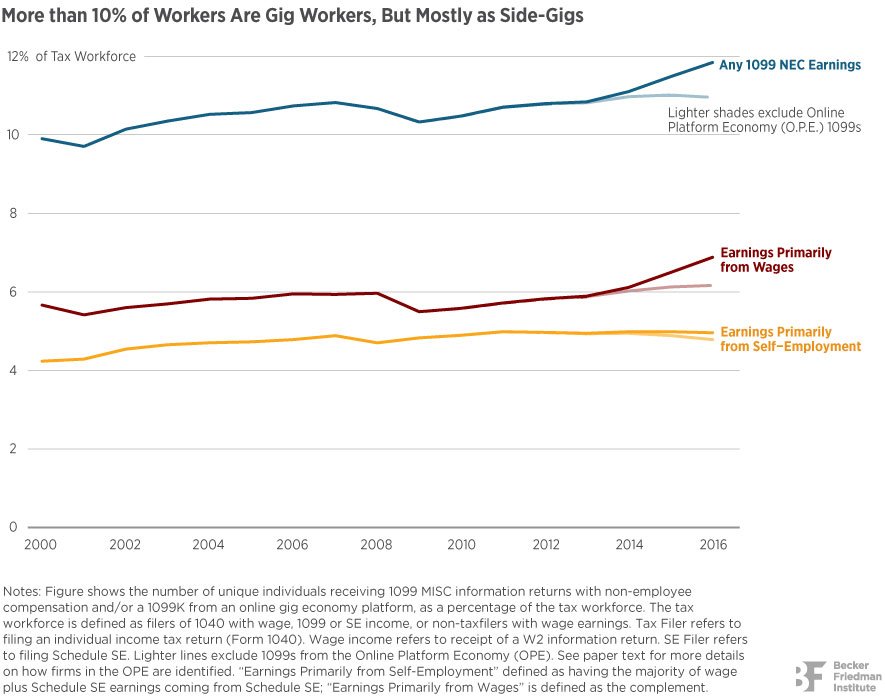 While gig work in the online platform economy is concentrated in urban areas, the highest concentration of gig work is actually in more rural areas of the plains and Southern states, reaching 20% or more of all work in some counties (see Figure 2). These geographic patterns are important because implementation and eligibility verification for the new UI benefits will be left to the states.

As a result of the scale of the current crisis, as well as the lack of precedent and federal guidance on how to verify gig and self-employment income, state governments are likely to face novel challenges that will mean delays and barriers for workers eligible for benefits. 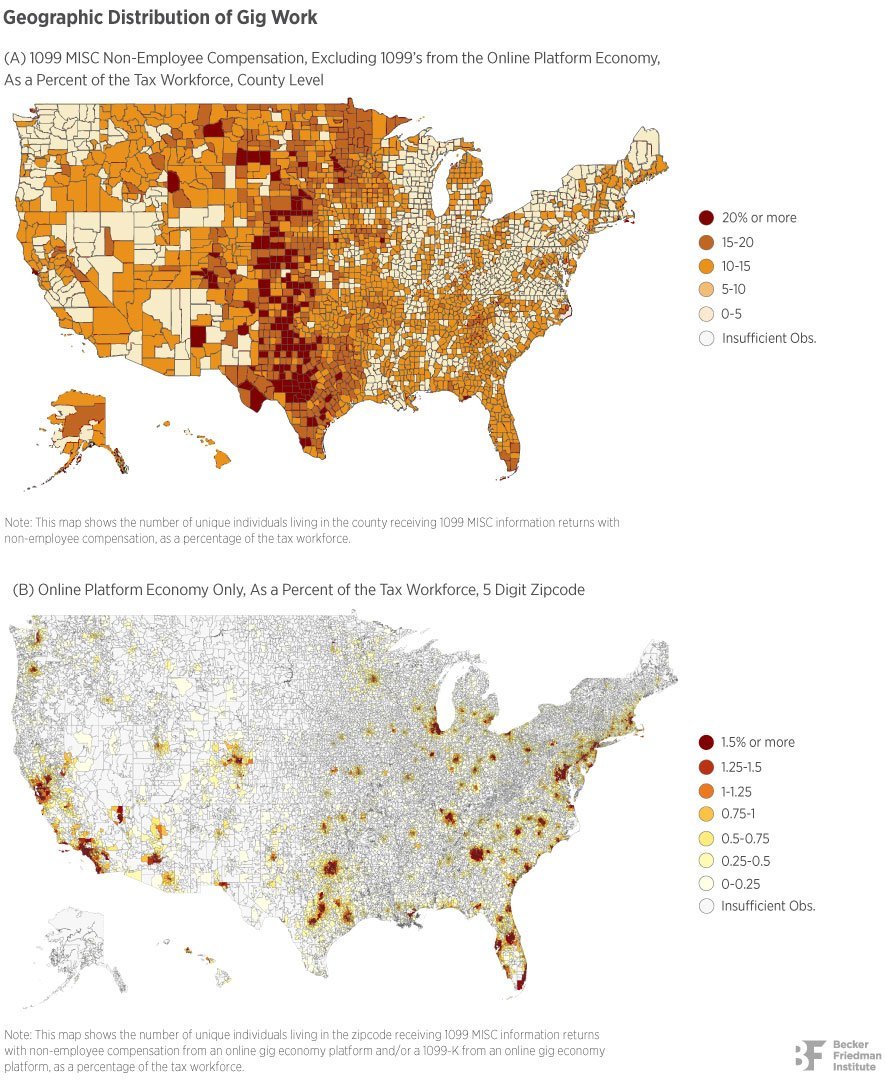