This research offers insights into the evolving reactions of Americans to the COVID-19 pandemic along political lines, including their reactions to mask-wearing and the likelihood of further lockdowns. The project consists of seven survey waves beginning in April 2020 and ending in November 2020. These three select findings are compiled from the first five waves, conducted from April 6 to May 18.[1]

1. A loss of income due to the pandemic led many to admit that COVID-19 crisis is worse than they expected, with this effect mitigated by the choice of news source. 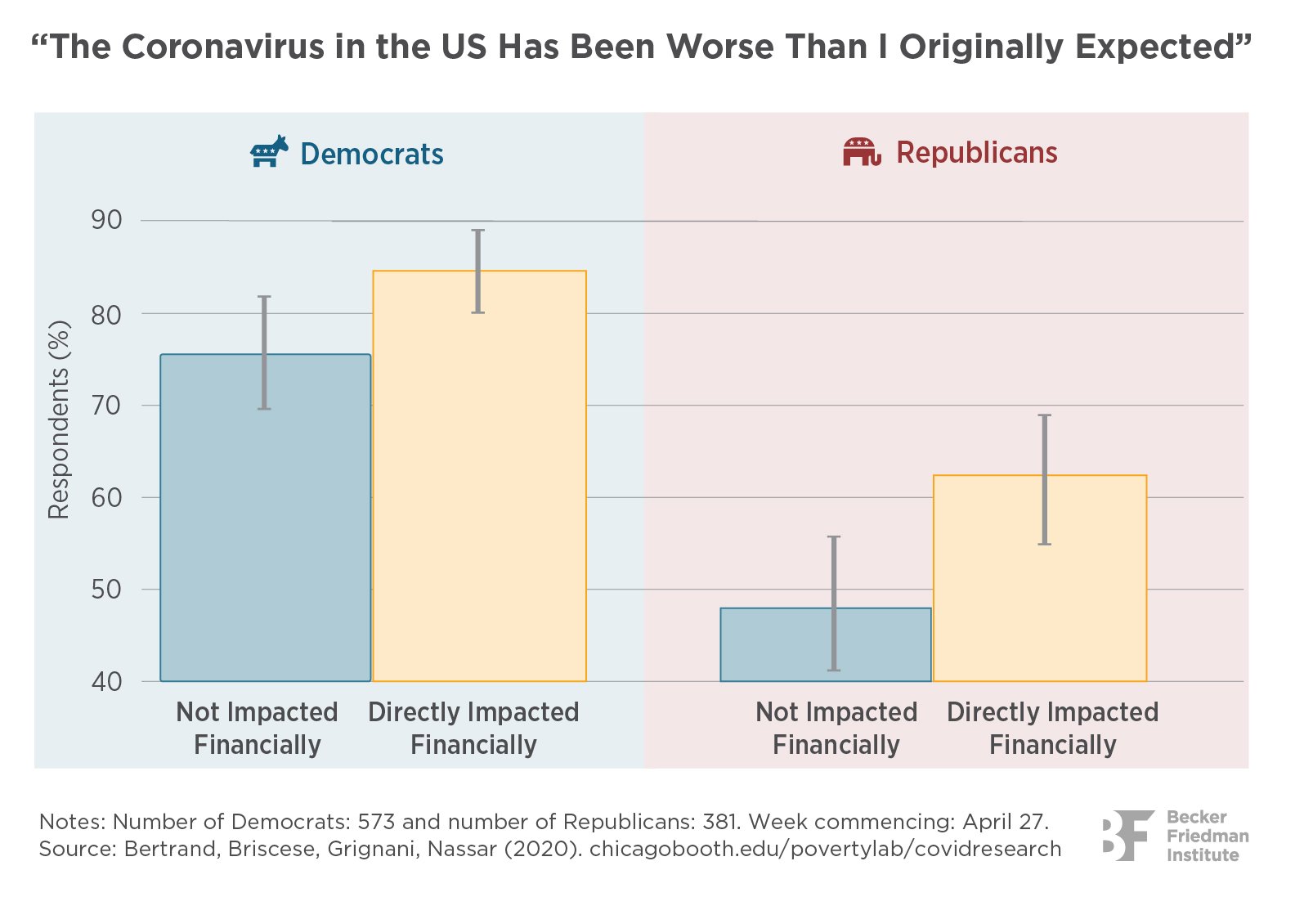 2. An important factor influencing support for mask wearing is trust in the scientific community. This has decreased significantly among Republicans since the start of the pandemic.

Between the beginning and end of April 2020 (waves one through four), Democrats’ confidence in the scientific community was mostly unchanged, 70% vs. 68%. For Republicans, those numbers fell from 51% to 38%.

3. Political views and perception of the gravity of the crisis also influenced the likelihood of anticipating a second lockdown.

Finally, while the authors do not hazard predictions, they stress that their research reveals the influence of dramatic events in changing or reinforcing people’s views and preferences, even if those events occur over a short period. Their next survey, slated for October, will likely provide key insights leading into the election. 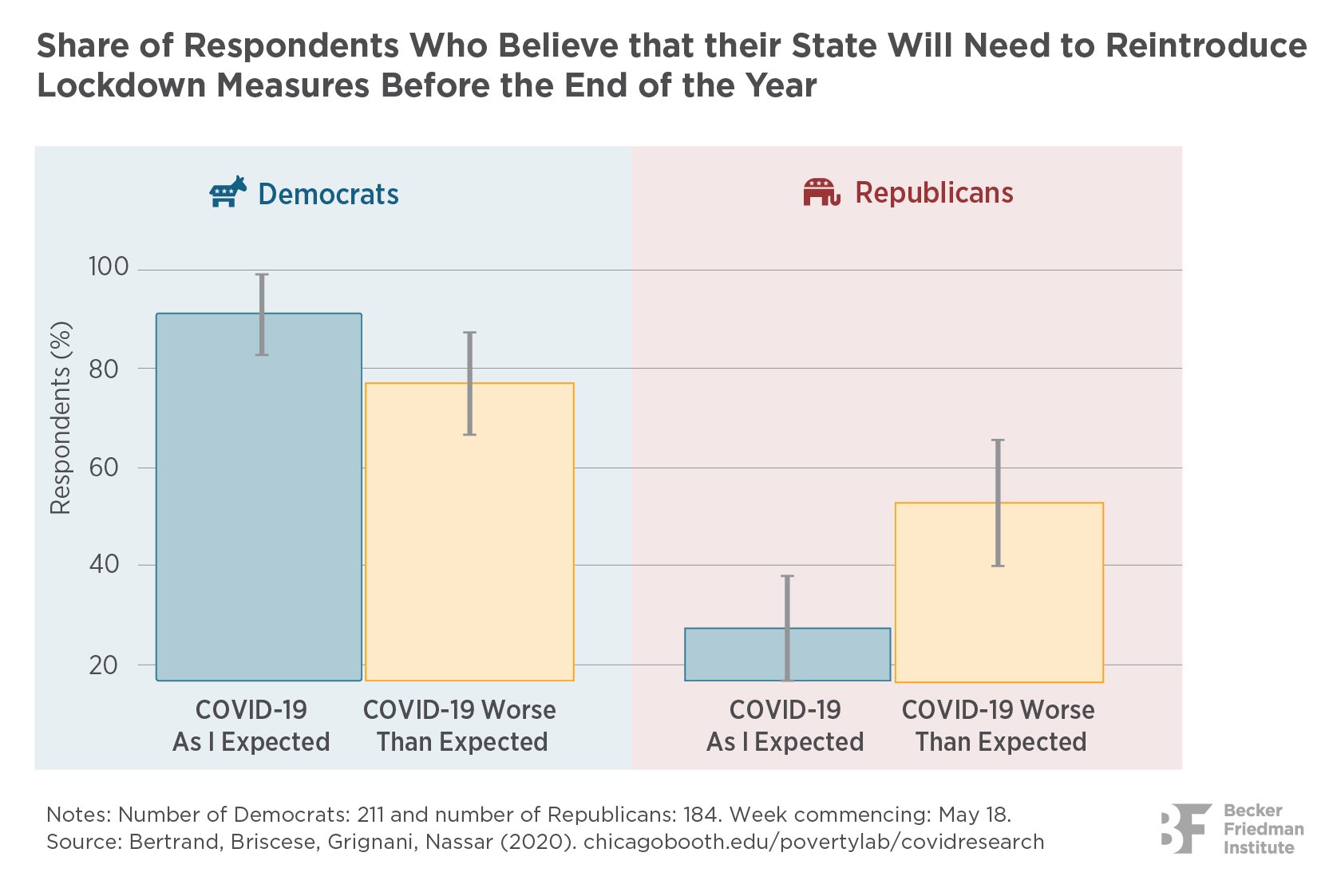 Footnote:
[1] Researchers at the Poverty Lab and the Rustandy Center for Social Sector Innovation at the University of Chicago are conducting this longitudinal survey in partnership with NORC at the University of Chicago, an independent, non-partisan research institution. The findings refer to different time frames according to the questions analyzed. Surveys are administered to the same sample of more than 1,400 Americans based on NORC’s probability-based AmeriSpeak Panel, which is designed to be representative of the U.S. population.