Gross Domestic Product, GDP, is the most widely used measure of economic activity and one that is very attractive for governments to manipulate. Although the incentive to overstate economic growth is shared by governments of all kinds, the checks and balances present in strong democracies plausibly help to prevent this behavior. In contrast, these checks and balances are largely absent from autocracies. The execution of the civil servants in charge of the 1937 population census of the USSR due to its unsatisfactory findings serves as an extreme example, but a more recent instance involves Chinese premier Li Keqiang’s alleged admission of the unreliability of the country’s official GDP estimates. 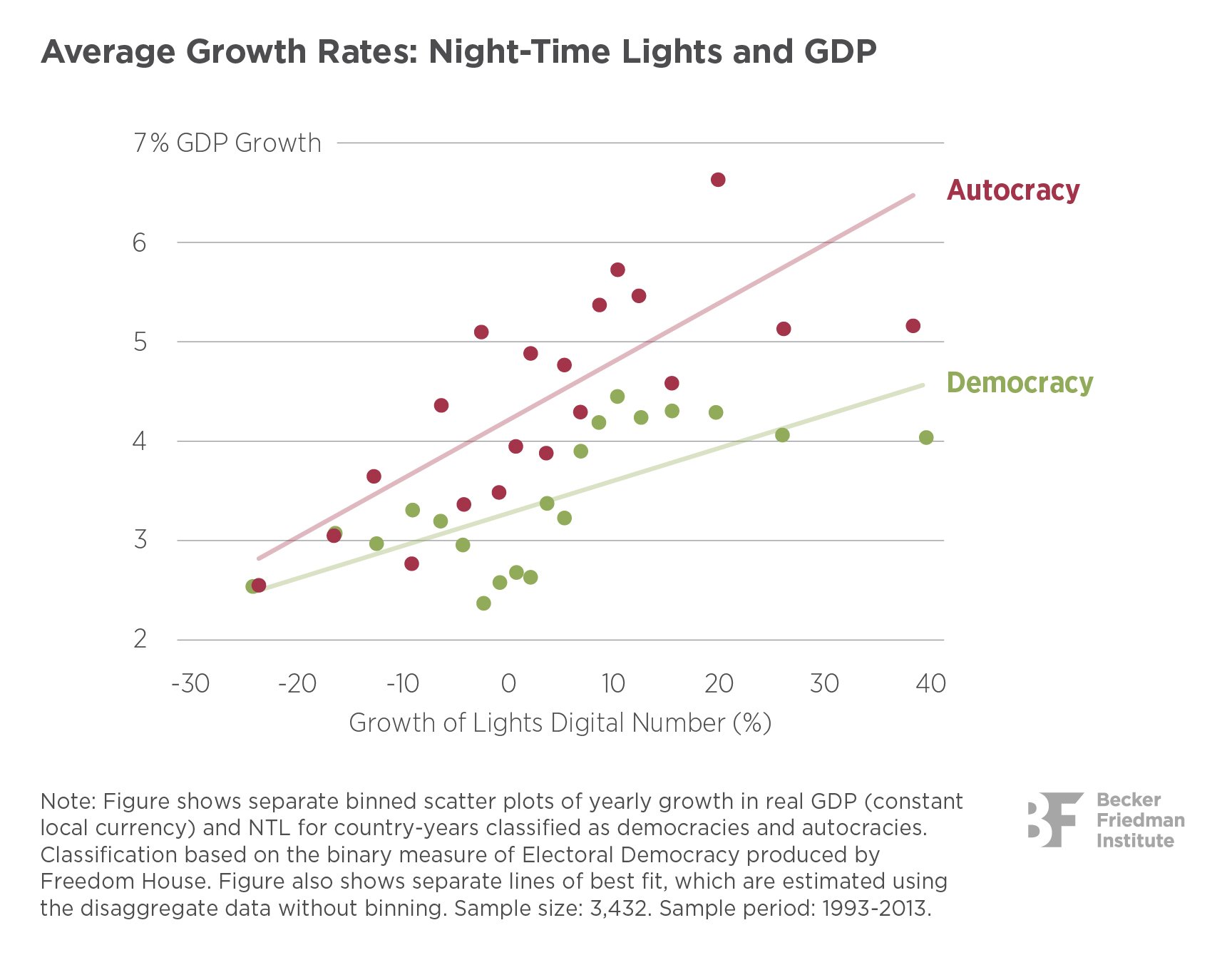 To detect and measure the manipulation of economic statistics in non-democracies, Martinez uses data on night-time lights (NTL) captured by satellites from outer space. Importantly, NTL correlate positively with real economic activity but are largely immune to manipulation. Martinez employs data for 184 countries to examine whether the elasticity of GDP with respect to NTL systematically differs between democracies and autocracies, based on the Freedom in the World index produced by Freedom House. These data are combined with a measure of average night-time luminosity at the country-year level using granular data from the Defense Meteorological Satellite Program’s Operational Line-scan System (DMSP-OLS) for the period 1992-2013, along with GDP data from the World Bank.

Martinez finds that the same amount of growth in NTL translates into higher reported GDP growth in autocracies than in democracies. His main estimates suggest that autocracies overstate yearly GDP growth by approximately 35% (for example, a true growth rate of 2% is reported as 2.7%). The autocracy gradient in the NTL elasticity of GDP is not driven by differences in a large number of country characteristics, including various measures of economic structure or level of development. Moreover, this gradient in the elasticity is larger when the incentive to exaggerate economic growth is stronger or when the constraints on such exaggeration are weaker. This strongly suggests that the overstatement of GDP growth in autocracies is the underlying mechanism.

These results constitute new evidence on the disciplining role of democratic institutions for the functioning of government. These findings also provide a warning for academics, policy-makers and other consumers of official economic statistics, as well as an incentive for the development and systematic use of alternative measures of economic activity.