This paper offers unique insights into the effect of trade on those who own, work for, or sell to the supply chains of global firms that export and import—and those who do not. The authors address questions relating to the impact of such differences in trade exposure on earnings inequality. For example, if a country’s exports and imports were suddenly to drop to zero because of some extreme policy or natural disaster, would its distribution of earnings become more or less equal? In the absence of trade, would the consequences of domestic shocks for inequality be magnified or dampened? 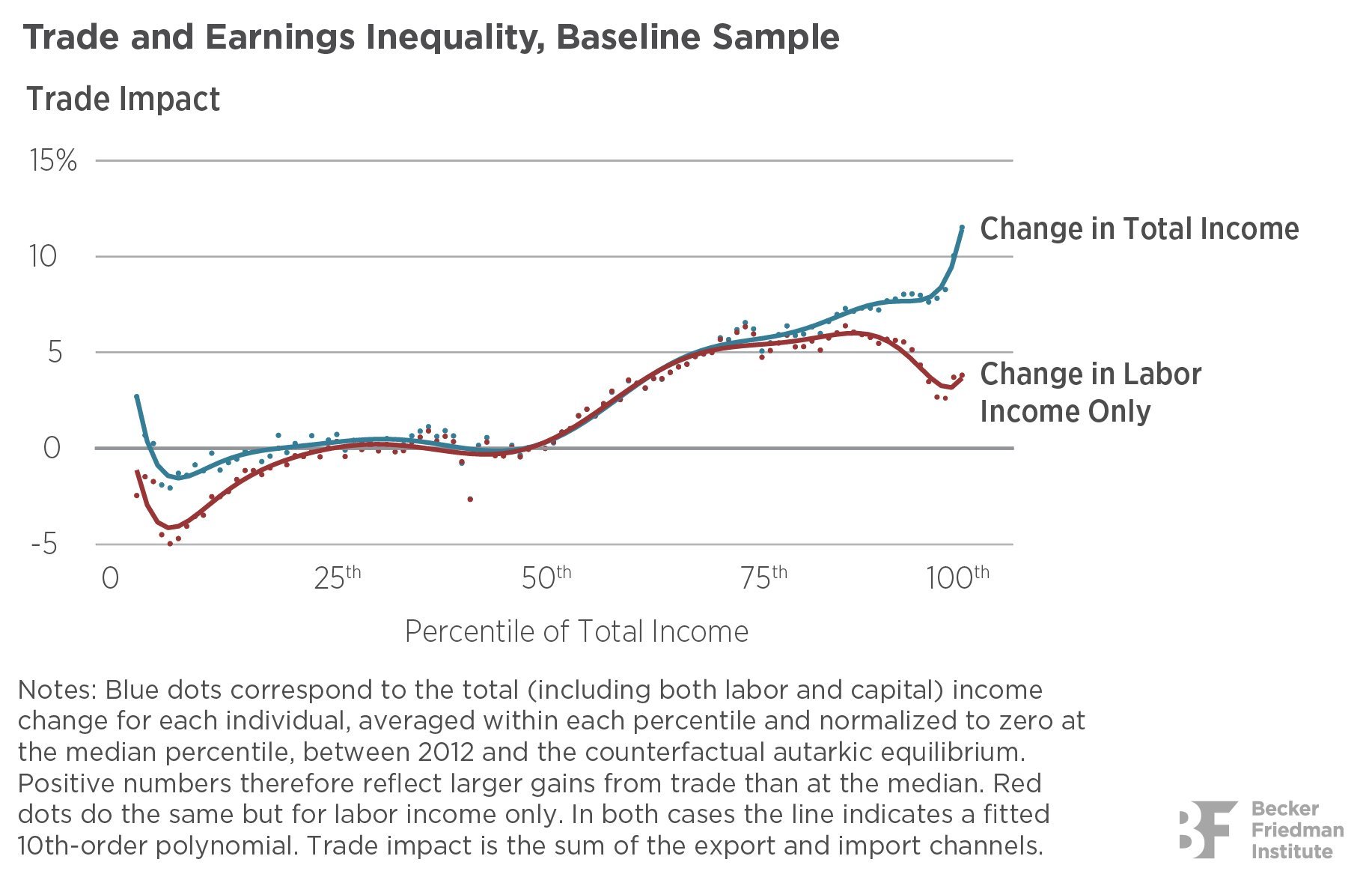 Informing the authors’ analysis is a unique administrative dataset from Ecuador that merges firm-to-firm transaction data, employer-employee matched data, owner-firm matched data, and firm-level customs transaction records. Together with economic theory, this information allowed the authors to measure the export and import exposures of individuals—whether workers or capital owners—across the income distribution and, in turn, to infer the overall incidence of trade on earnings inequality.

The authors’ main empirical finding is that international trade substantially raises earnings inequality in Ecuador, especially in the upper half of its income distribution. In the absence of trade, top-income individuals would be relatively poorer. However, their empirical analysis also implies that the drop in inequality that took place in Ecuador over the last decade would have been less pronounced if its economy had been subject to the same domestic shocks, but unable to trade with the rest of the world.

Further, the authors find that the import channel is the dominant force linking trade to inequality in Ecuador, with gains from trade for individuals at the 90th percentile of the income distribution that are about 11% larger than the median—and up to 27% larger than the median for those at the top income percentile. However, these results also imply that the drop in inequality observed in Ecuador over the last decade would have been less pronounced in the absence of trade. The authors stress that some of these conclusions may not carry over to other contexts. The fact that export exposure is more pronounced in the bottom half of Ecuador’s income distribution, for instance, is more likely to hold in developing countries that, like Ecuador, specialize in low-skill-intensive goods, than in developed countries that do not.