Understanding how wartime casualties influence public support for withdrawal and which mechanisms underlie this relationship remains an important challenge, especially in the context of conflicts fought through military coalitions. In these coalitions, the political costs of losses can induce free-riding, where some coalition partners limit the combat operations of their troops—under-providing security in areas of operation—to avoid political backlash at home. 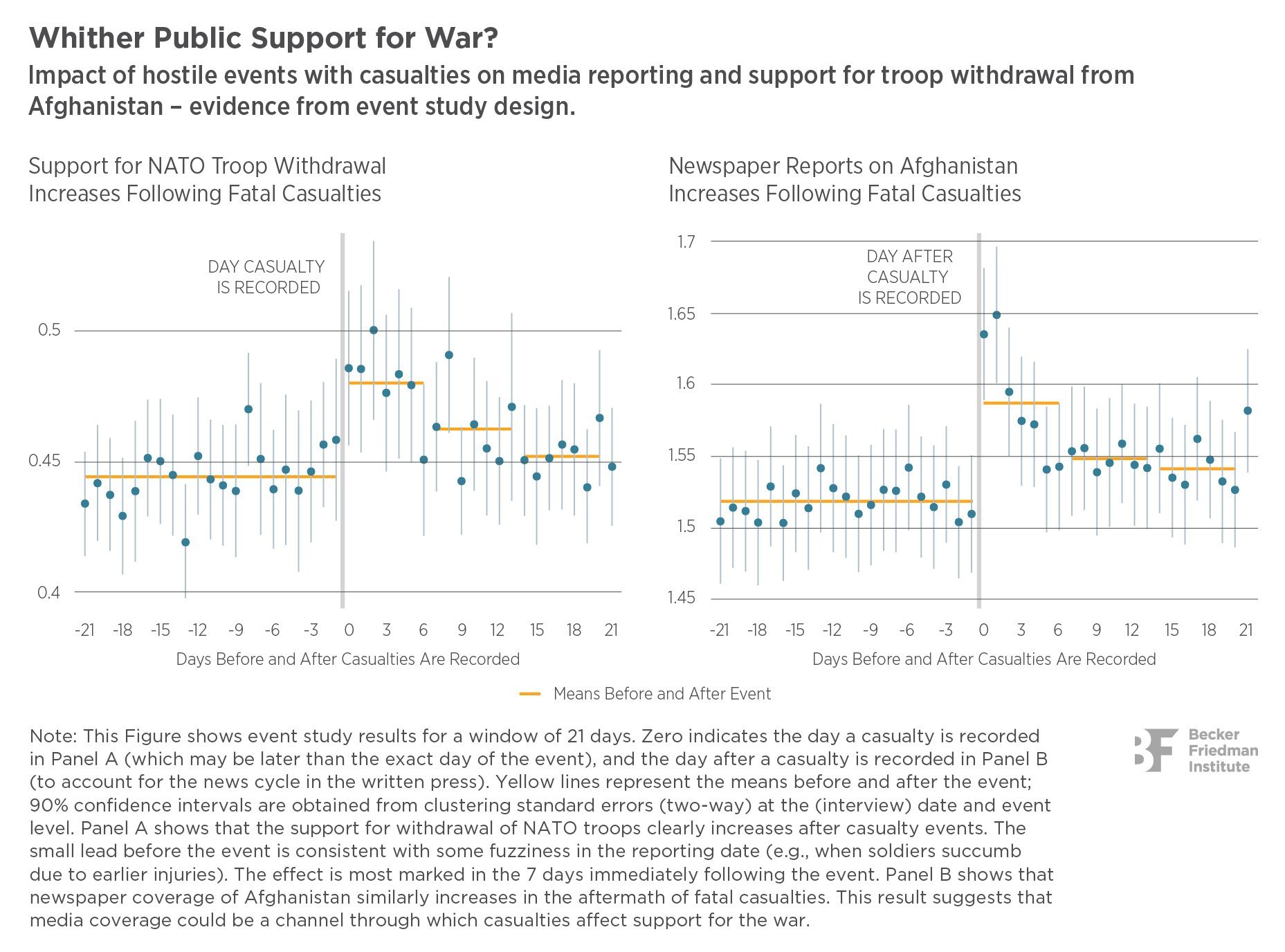 The authors identify combat events involving casualties of a troop-sending nation around the interview date specific to each respondent and specific to the nationality of the respondent. Using a series of quasi-experimental designs, the authors provide novel and compelling causal evidence linking battlefield losses to public demand for withdrawal in troop-sending countries and demonstrate the role of media coverage in shaping civilian attitudes toward the war. Specifically, they show that country-specific casualty events are associated with a significant worsening of public support for continued engagement in the conflict.

To assess this finding, the authors take advantage of the otherwise exogenous timing of prominent events that crowd out coverage of troop fatalities. In other words, if other news events—in this case, major sporting matches—exert news pressure such that war coverage is likewise diminished, would this alter public opinion about the war in meaningful ways? The answer is yes. The authors find compelling evidence that the elasticity of conflict coverage on own-country casualties diminishes significantly when sporting events introduce news pressure. They also find that public support for the war is unaffected by own-country casualties when news coverage has been crowded out by sporting matches.

Bottom line: the authors provide credibly causal evidence that public demands for withdrawal increase with war-related casualties and demonstrate that media coverage is likely a central driver of changes in sentiment. These results are important and relevant in understanding the economics of conflict and the policy implications of battlefield dynamics. When democratic countries participate in a foreign military intervention, public support for the war is a key constraint, to which multilateral military interventions may be particularly sensitive.