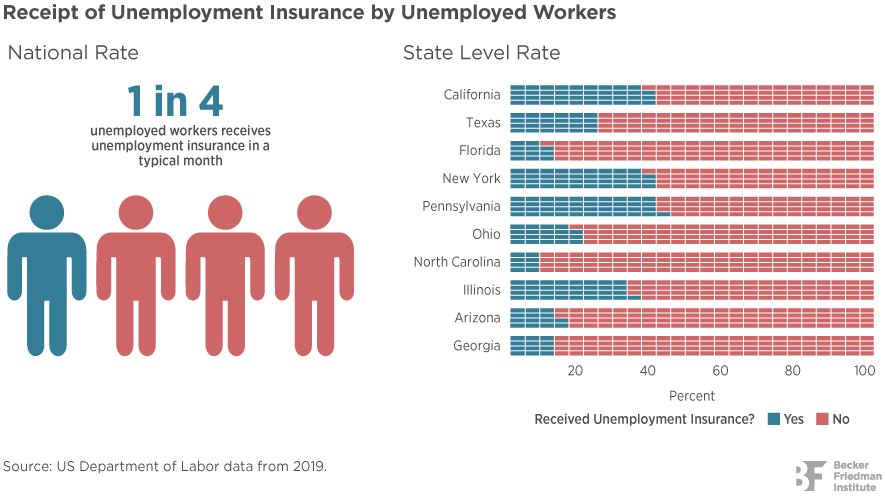 Most unemployed workers in the United States do not usually receive unemployment insurance (UI). In 2019, only 1 in 4 unemployed workers received UI benefits, because of eligibility rules and barriers to program participation. In normal times, receipt of UI benefits requires: 1) proof that the worker was laid off because of changes in labor demand (“good cause”), 2) proof that the worker is searching for a job, and (3) a sufficient work history. In addition, there are usually several administrative hurdles that laid-off workers need to leap to claim benefits.

Although these requirements lead to low UI recipiency throughout the US, some states’ UI systems are particularly ill-equipped to address the coming increase in layoffs. In North Carolina, for example, only 1 in 10 unemployed workers receives UI benefits. However, no state is well-prepared. Even in the states that are doing relatively well, like Pennsylvania, fewer than 1 in 2 unemployed workers receive UI benefits.