Large firms in the United States frequently grow by expanding into new regions, such that local labor markets are increasingly dominated by a small number of large firms that operate in many areas (service-related chains, for example).1 Given their many locations across heterogeneous labor markets, how do these national firms set wages? This is more than just an academic question, as the answer concerns such issues as wage inequality, the growth of labor market power, and the response of the economy to local shocks. However, little is known about national firms’ influence on these phenomena. This work addresses that gap by employing a novel combination of datasets and a theoretical framework to test empirical findings. 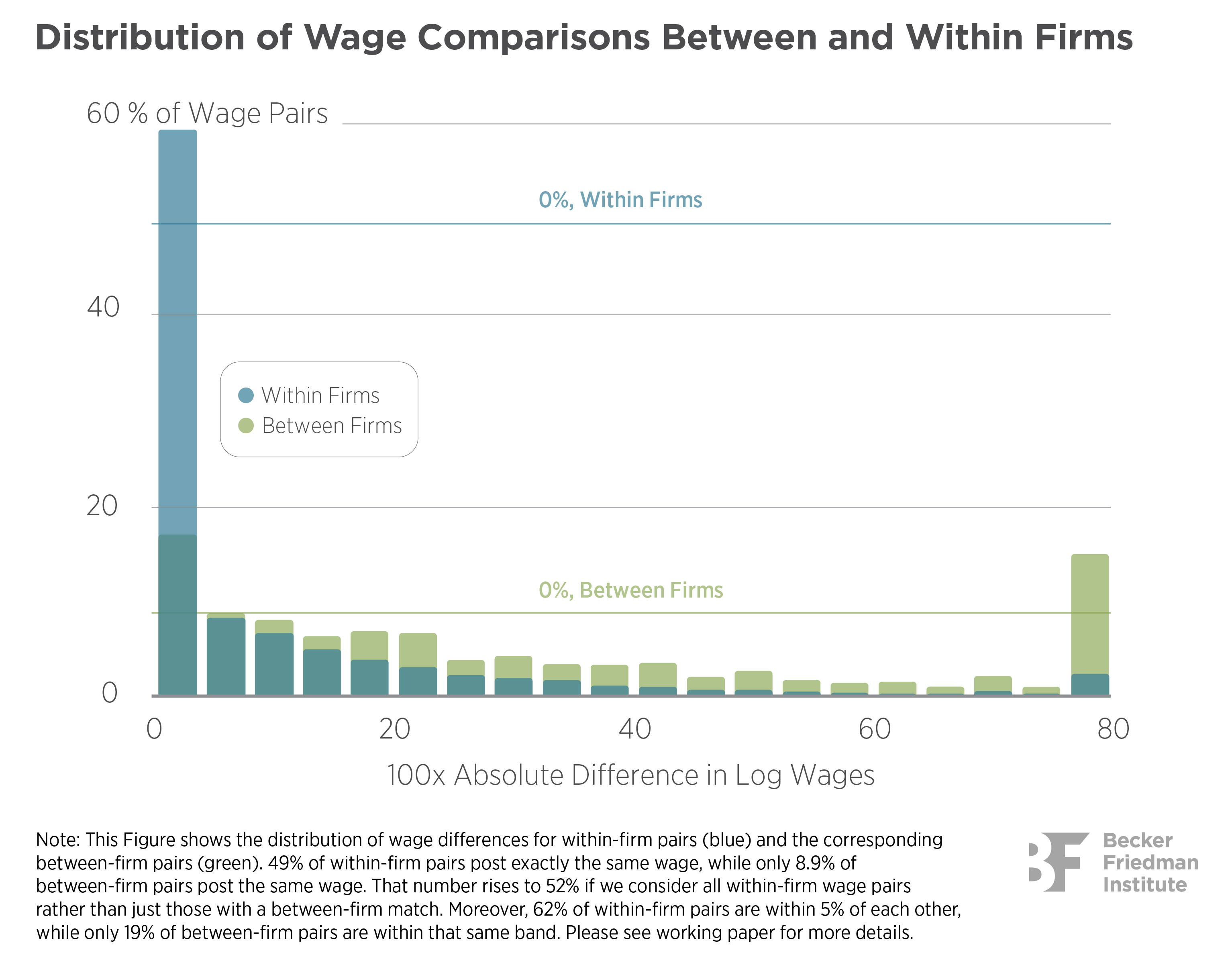 The authors’ primary dataset contains online job vacancies provided by Burning Glass Technologies, including roughly 70% of US vacancies, either online or offline, between 2010 and 2019, of which the authors focus on the 5% that provides posted point wages for detailed occupations across establishments within a firm. These data contain detailed job level information that allow the authors to control for changes in job composition across regions, and they include hourly wages for non-salaried workers and annual wages for salaried workers, which allows them to distinguish between wages and earnings. The authors supplement these data with survey data from human resource professionals, with self-reported salary data, and with reports from firms applying for foreign worker visas, to reveal the following facts:

The authors compare wage growth in the same job across different establishments over time, and they study the effect of a local shock to wages to provide evidence that the identical wages described above are due to national wage setting. They also survey firms to discovers a range of reasons for why they choose to set wages nationally, including hiring on a national market, simplifying management, and adhering to within-firm fairness norms. Of note, government policies such as minimum wages do not appear to drive national wage setting. These reasons point to a mix of firm and occupation specific factors that matter more for higher wage workers, and which suggest that nominal pay comparisons matter to workers. 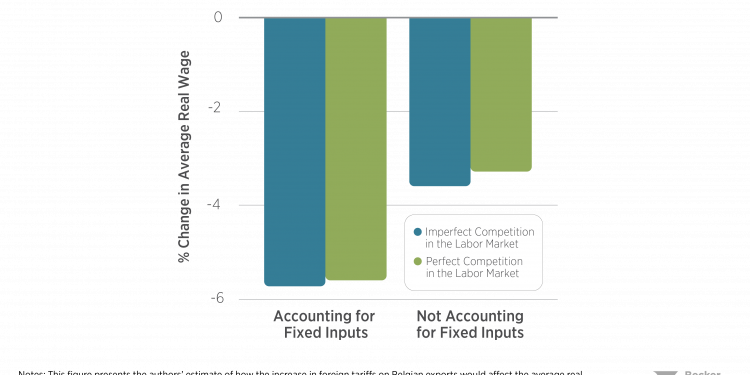