Armed actors that move into a new territory have two broad choices: pillage and plunder to extract wealth, or enforce property rights and markets and, thus, extract wealth via various forms of taxation and fees. This paper examines why armed actors restrain their power to arbitrarily expropriate wealth.

To address this question, the authors analyzed the incentives to restrain from violence and arbitrary theft by an armed group in eastern Democratic Republic of the Congo (DRC), the Front de Liberation du Rwanda (FDLR). The FDLR is a foreign armed group created from former Rwandan armed forces and militia members that perpetrated the 1994 Rwandan genocide. Known as one of the most brutal among the 122 armed groups in eastern DRC today, the FDLR often engaged in violence, sexual violence, torture, and pillages. Yet, despite their tendency to use violence arbitrarily, by 2009 the FDLR had created state functions, collected taxes, and protected the villages they taxed in the eastern DRC. They created markets that they taxed, blocked villages to impose transit fees, and raised poll and mining taxes. Arbitrary violence was kept low. 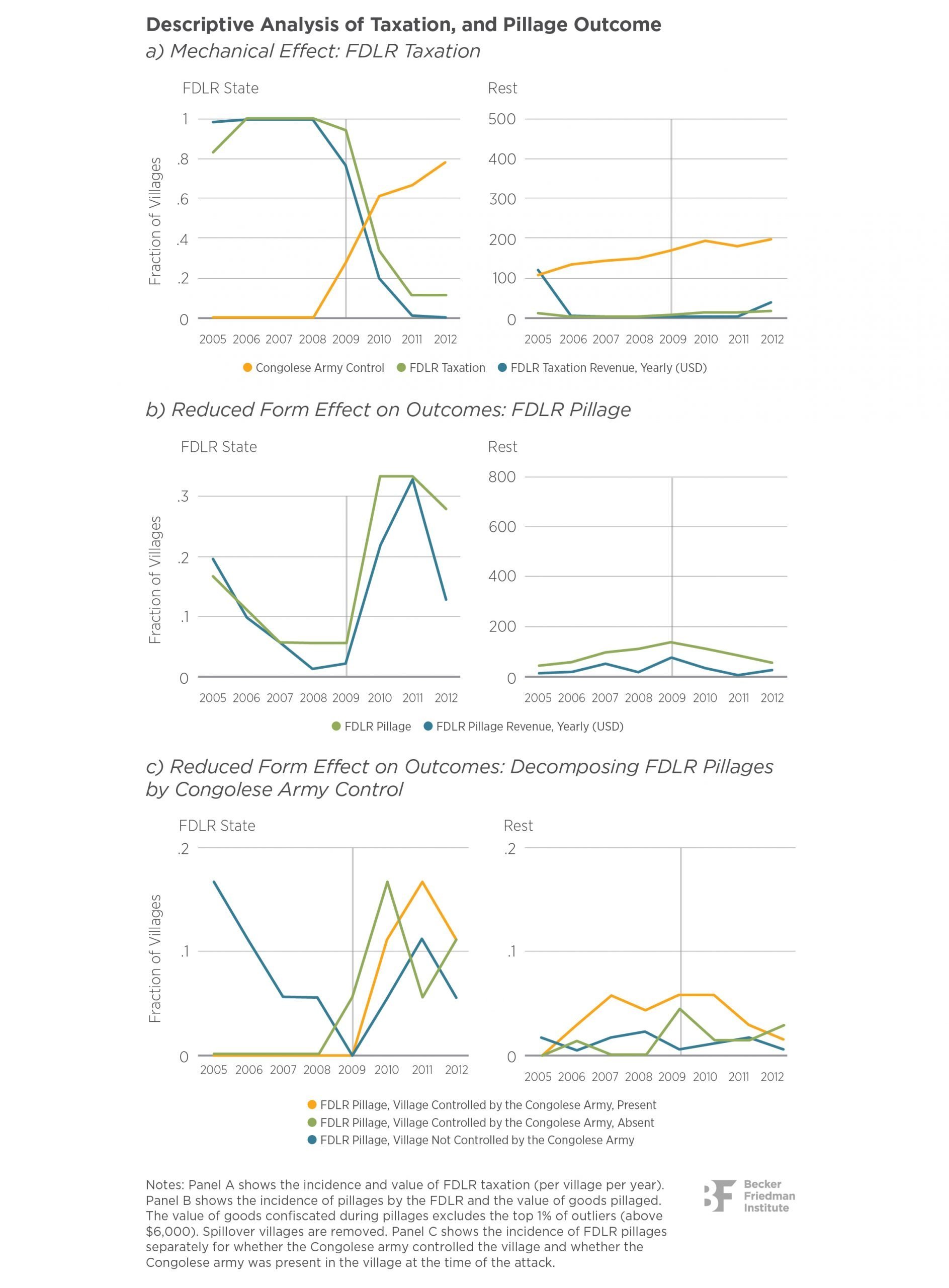 In March 2009, a military operation consisting of 30,000 Congolese and UN soldiers, dismantled the FDLR and drove them from the villages, but were unable to permanently defeat them. FDLR forces regrouped in a nearby forest where the Congolese security was limited. Suddenly unable to tax the villages that they formerly controlled, the FDLR launched sporadic violent attacks to expropriate wealth from villagers.

Why did the FDLR originally use its power to perform state functions instead of arbitrary Expropriation? In addition to possibly caring for those under submission, the authors posit that the FDLR had secured a property right over revenues from theft over a long horizon, leading them to tax instead of arbitrarily expropriate villages, which could potentially destroy growth. They took a long-run view, in other words, and determined that there was more to gain from protection and extraction.

Indeed, employing an event study and differences-in-differences framework, this is precisely what the authors find: the ability to permanently steal disciplines the use of violence by armed actors and incentivizes state functions. The authors’ finding is contained in the words of an armed actor informant: “The bandit is only your friend if he gets something out of it.”

This work offers new insights into the economic logic of violence: the disciplining effect of the time horizon of stealing, and provides an explanation for the creation, or collapse, of state functions. This mechanism also offers a new description for how classic policies against crime can backfire. While some existing research shows that crackdowns can drive criminal activity to other locations, this work reveals how crackdowns can lead crime to switch to a socially costlier activity, in the same location, and reveals that armed actors’ stealing horizon protects civilians.