As of 2020, more than 38 million people were displaced across borders, with most fleeing war or chronic insecurity in their origin countries, often for long durations. As a result, these forcibly displaced people, or FDP, are acutely vulnerable, facing tenuous legal status, political exclusion, poverty, poor access to services, and outright hostility, which can be exacerbated by hostilities directed toward people of differing identities. 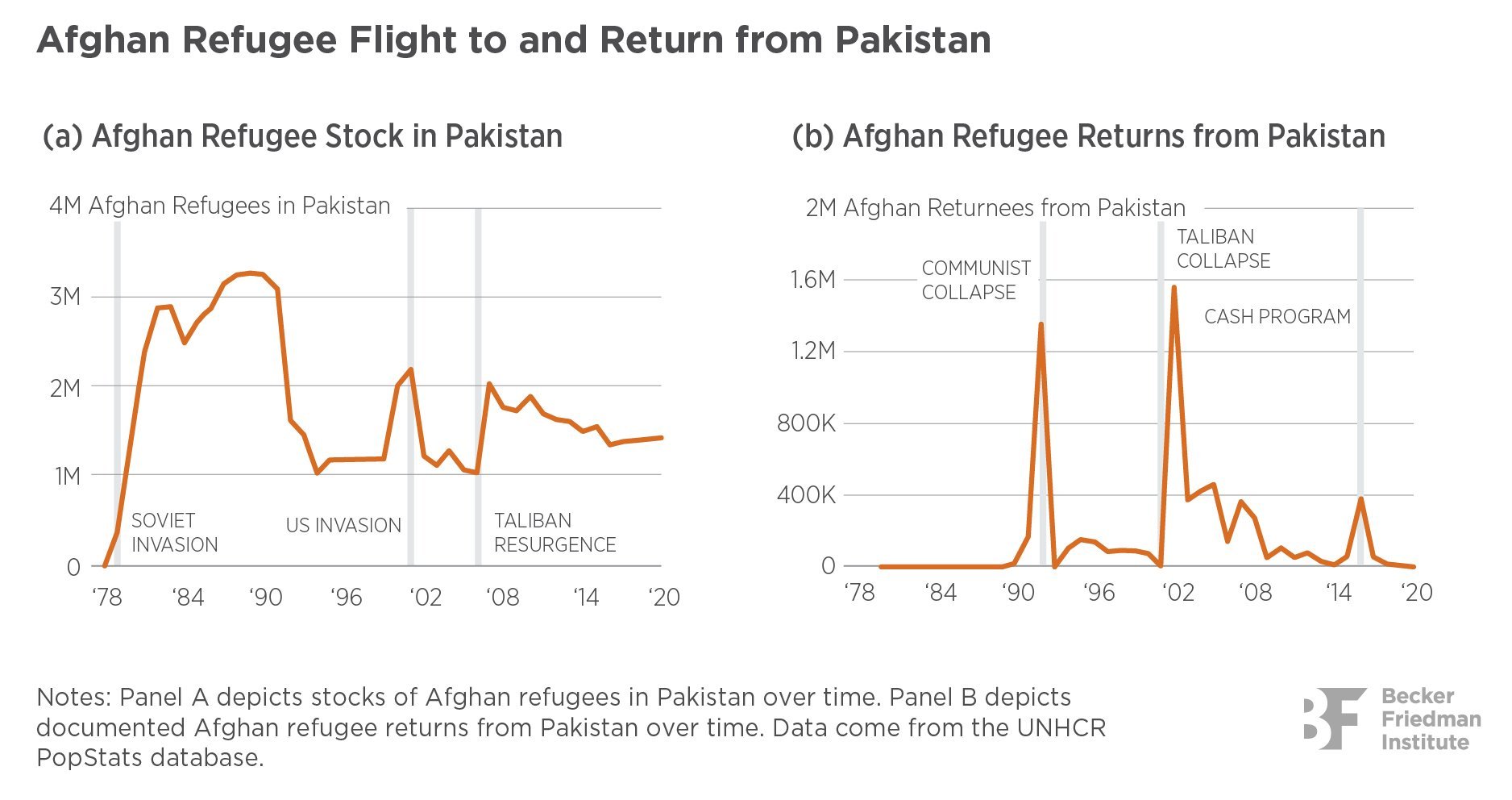 Despite the magnitude of this challenge, few practicable policy responses exist. Fewer than 2% of all FDP have accessed any of the three “durable solutions”—resettlement in the Global North, naturalization in host countries, or repatriation to origin countries—in recent years, while efforts within the Global South are politically contentious. Since 2000, the number of resettled FDP has never exceeded 0.61% of the global displaced stock. Similarly, since 85% of FDP reside in developing countries with weak institutional capacity, naturalization in host states is complicated.  Finally, though refugee return is widely regarded as the preferred solution, protracted conflicts in origin countries often render repatriation infeasible. 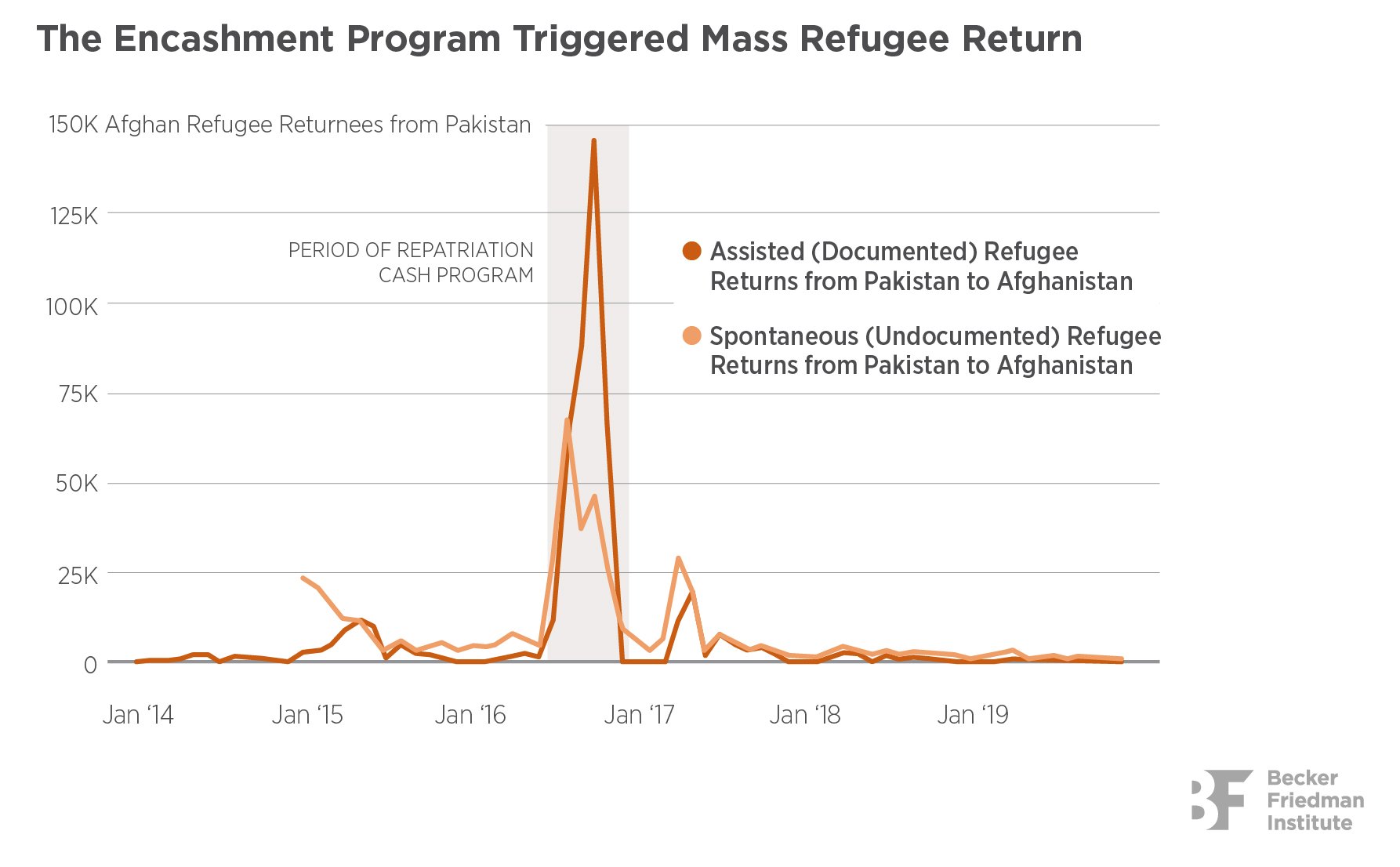 A number of recent policies have employed cash transfers to ease reintegration for FDPs, but there is little causal evidence for their effectiveness to date. This article advances understanding of refugee return by leveraging granular microdata on repatriation and violence, in tandem with a large cash grant scheme implemented by the United Nations High Commissioner for Refugees (UNHCR) in 2016. The cash program was aimed at Afghan returnees from Pakistan, and saw a temporary doubling of cash assistance offered to voluntary repatriates. Using a novel combination of observational and survey-based measures, the authors find the following, among other results:

As the authors stress, and as their full paper describes, the impacts of refugee repatriation are nuanced, as are the ethical considerations relevant to programmatic interventions aimed at facilitating return. Active conflict further complicates matters. If repatriation assistance is employed to appease asylum countries eager to reduce their refugee-hosting burden, it risks inadvertently incentivizing coercive tactics and degrading the voluntariness of repatriation. Crafting sound policies requires considering the illicit, armed actors that may benefit from the return of vulnerable populations, the quality of institutions available to manage tensions around mass repatriation, and the ethical obligations of host countries.