Countries with large natural-resource endowments are often less developed and more poorly governed than countries with fewer resources, a phenomenon economists and policymakers call the “resource curse”. Corruption plays a central role in the recourse curse because the need to secure access rights to deposits makes resource extraction (i.e., precious metal mining and oil drilling) inherently prone to corruption. While resource extraction might have a positive direct impact on economic activity, the corruption that often accompanies it can divert resources from local development projects, decrease the efficiency of resource allocation, and reinforce extractive political regimes, thereby attenuating the positive growth effects of extractive activities. 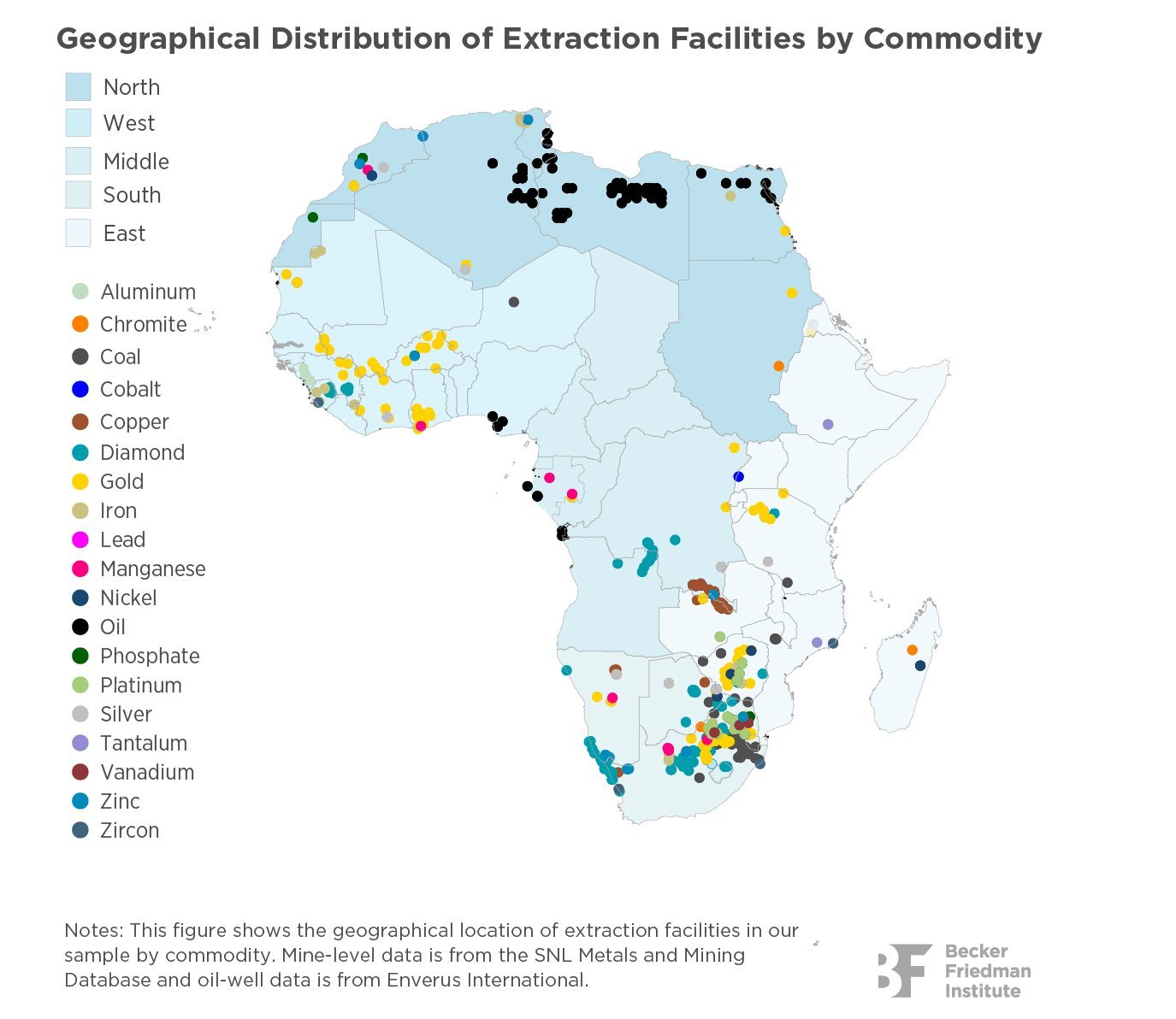 To address these questions, the authors examined changes in economic activity, as measured by nighttime light emissions in African communities near large resource extraction facilities, following an increase in enforcement of the US Foreign Corrupt Practices Act (FCPA) in the mid-2000s. Compared to other measures of economic development (e.g., GDP), luminosity reflects the level of economic activity more broadly, and thus is likely more indicative of the overall well-being of people throughout the community.

The authors find that after 2004 geographic areas with an extraction facility whose owner is subject to the FCPA gradually exhibit higher levels of economic activity relative to areas surrounding extraction sites that are not subject to the regulation. Local perceptions of corruption also significantly decline. The authors find that the observed increase in development and reduction in perceived corruption are driven (at least in part) by a change in how firms in and around the extractive sector behave.

For policymakers, this work suggests that foreign corruption regulation can be an effective instrument for changing corporate behavior and that, despite any increase in the costs of operating in high-corruption-risk countries, anti-corruption regulation originating in developed countries can have a positive impact on growth. This is important because developing countries may not themselves have the institutional strength or political will to address misconduct by multinational corporations.