It follows that if physical distancing reduces interpersonal transmission risks related to the COVID-19 virus, then government policies that mandate physical distancing should slow the spread of COVID-19. Further, local non-compliance with such shelter-in-place orders would create public health risks and could cause regional spread. Given this, it is important that policymakers understand which local factors impact compliance with public health directives. 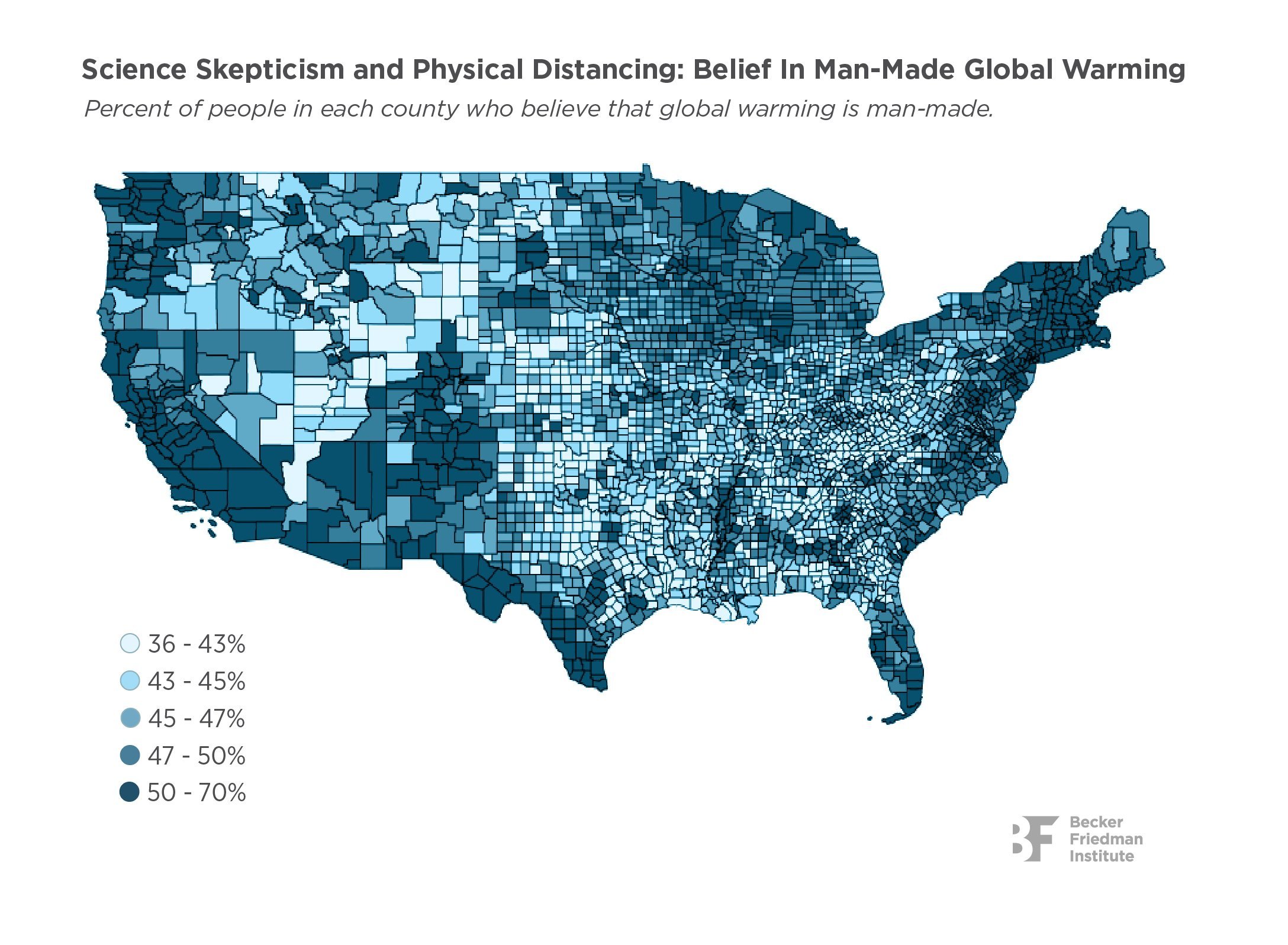 Recent research highlights several factors that influence compliance, including partisanship, political polarization, poverty and economic dislocation, and differences in risk perception, all of which influence physical distancing in the absence of government mandates. This new research highlights the role of science skepticism and attitudes regarding topics of scientific consensus in shaping patterns of physical distancing.

To examine the role of science skepticism, the authors leverage the most granular, representative data on science skepticism in the United States—beliefs about the anthropogenic (human) causes of global warming—to study how physical distancing patterns vary with skepticism toward science. The authors combine this county-level science skepticism measure with location trace data on the movement of around 40 million mobile devices as well as data on state-level shelter-in-place policies, to find the following:

The authors also benchmark their measure of science skepticism against other measures of belief in science available at the state-level to show that their measure captures a more general notion of skepticism toward topics of scientific consensus.