Since 1960, at least 115 foreign military occupations have ended, with a substantial percentage of these interventions involving a security transition from withdrawing troops to local allies, including a redeployment of weaponry. Despite these many transitions, little is known about the conflict dynamics of countries experiencing a foreign-to-local security transition. 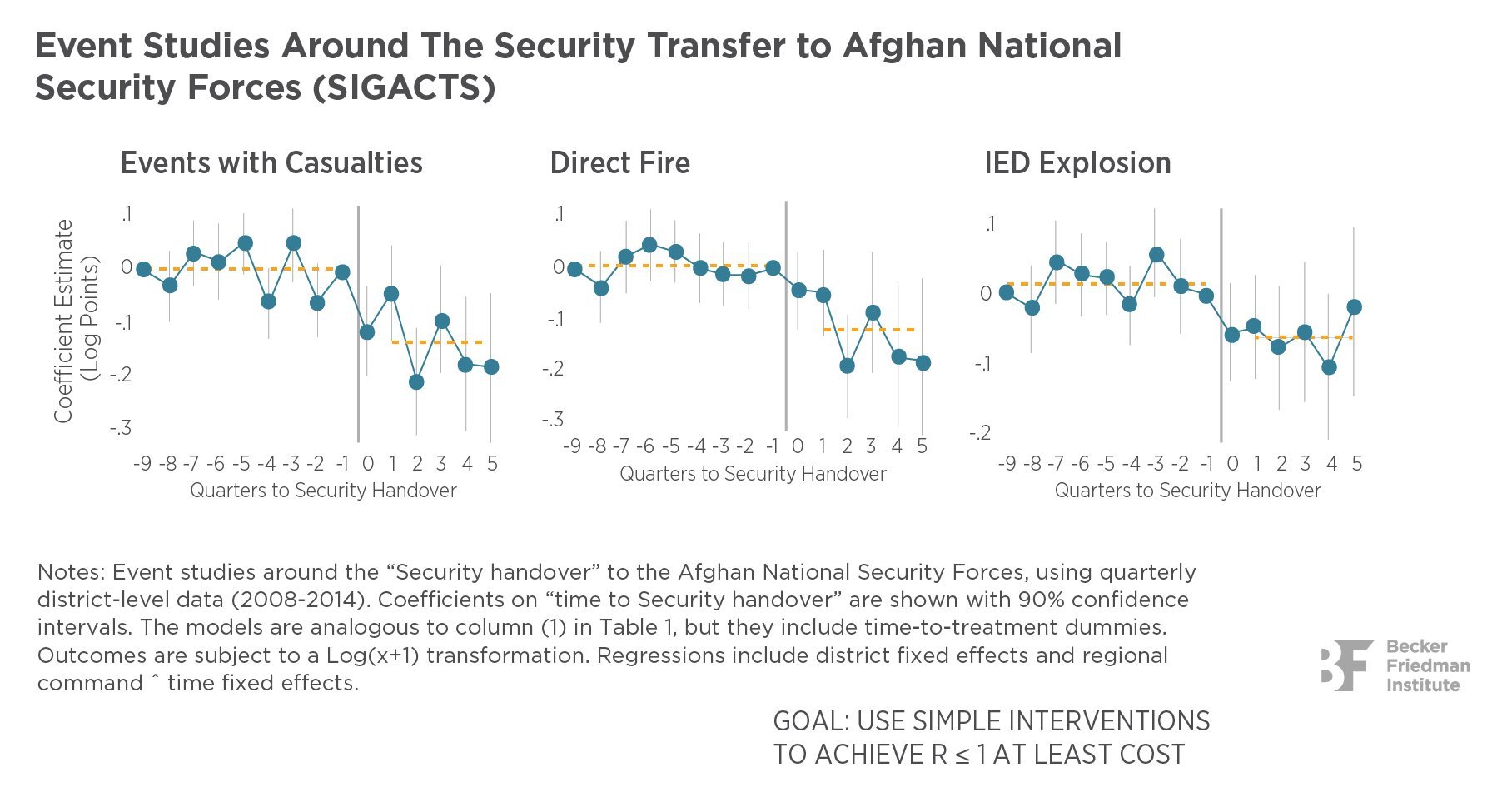 This research offers new insights into these issues by conducting a microlevel study of the impact of the large-scale security transition that marked the end of Operation Enduring Freedom in Afghanistan—the long-running military campaign of the North American Treaty Organization (NATO). Planning for this transition to Afghan forces began as early as 2010 and was formally announced in 2011. The transition was staggered and coordinated around administrative districts. Over three years, and five transition tranches, Afghanistan’s districts were transferred to Afghan control.

The authors employed a unique dataset, including geotagged and time-stamped event data that documents dozens of different types of insurgent and security force operations, representing the most complete catalog of conflict activity during Operation Enduring Freedom currently available. They combined these observational data with microlevel survey data that included questions measuring perceptions of security conditions, the extent of local security provision, and perceptions of territorial control.

The authors find a significant, sharp, and timely decline of insurgent violence in the initial phase, the security transfer to Afghan forces, followed by a considerable surge in violence in the second phase, the actual physical withdrawal of foreign troops. Why does this happen? The authors argue that this pattern is consistent with a signaling model in which the insurgents reduce violence strategically to facilitate the foreign military withdrawal; after the troops are gone, the insurgents capitalize on their absence.

These findings clarify the destabilizing consequences of withdrawal in one of the costliest conflicts in modern history and yield potentially actionable insights for designing future security transitions.