You know those recurring billing notices that you get for subscription music and movie services, the ones that never go down in price but often increase? How many times have you cancelled one of those services and signed up for a cheaper alternative? Or cancelled an existing subscription and then re-upped at a lower introductory rate? Like most people, you probably rarely take these actions. Such is inertia, the tendency of an individual to take no action and stay in the same state as before.

Far from trivial, inertia has consequences for firms and policymakers trying to assess the functioning of markets. For example, consumer inertia incentivizes firms to offer choices that are better in the short run but worse in the long run. Further, firms can design their products to increase inertia. It matters, in other words, if consumers are aware of their inertia and, if so, whether and how they act on it. 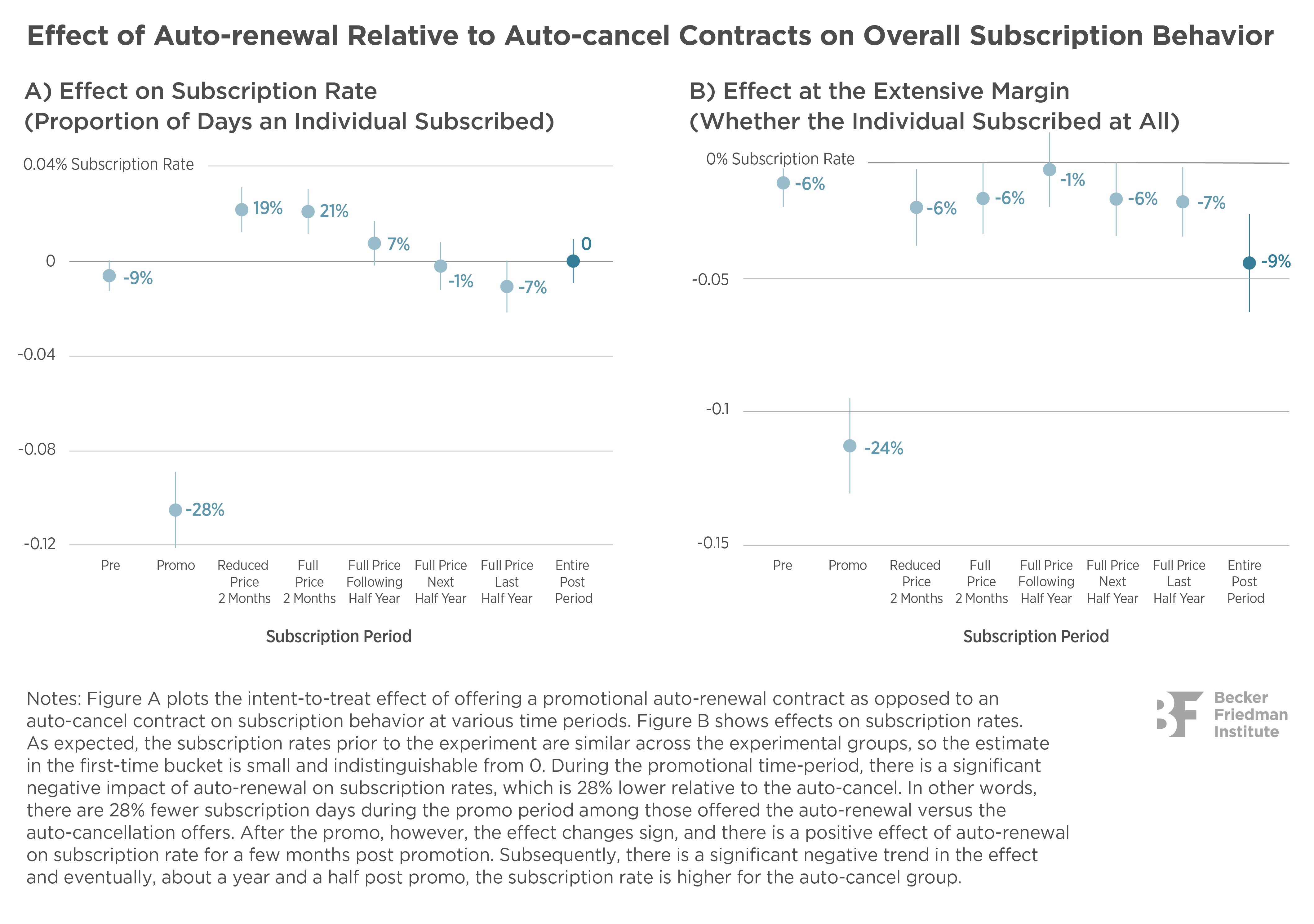 To answer these questions and, importantly, to consider consumers’ state of mind before they make a choice, the authors run a large-scale field experiment in which they randomize the terms of the subscription offers received by 2.1 million readers who hit the digital paywall of a large European daily newspaper. Consumers are offered subscriptions that (1) either automatically renews, by default, into a paid subscription for those who take the promotion, unless they explicitly cancel it or does not automatically renew but requires the promo taker to click to enroll into a paid subscription; (2) has a promotional trial period for either 4 weeks, or 2 weeks; or (3) has a promotional price of either €0, or €0.99. The authors track these consumers over two years.

These findings reveal that most consumers are not naive or myopic about the future implications of the subscription contract terms. While some do take-up the auto-renewal contract and exhibit inertia, more than a third recognize and avoid a contract that might “exploit” them in the future, and another third are not inert and do not become high-paying subscribers. Only one-tenth of auto-renewal subscribers remain subscribed for more than three months and wouldn’t have under an auto-cancel contract.

Businesses and regulators take note. While many companies try to increase profits by dissuading consumers from quitting services, this novel work reveals that such practices, even if mild, can backfire for two reasons. First, exploiting future inertia reduces initial take-up; and second, exploiting future inertia pushes new consumers to disengage from the company completely.

Bottom line: In the long term, consumer behavior disincentivizes auto-renewal offers, even though auto-renewal leads to higher firm revenue in the medium term because of inertial subscribers.