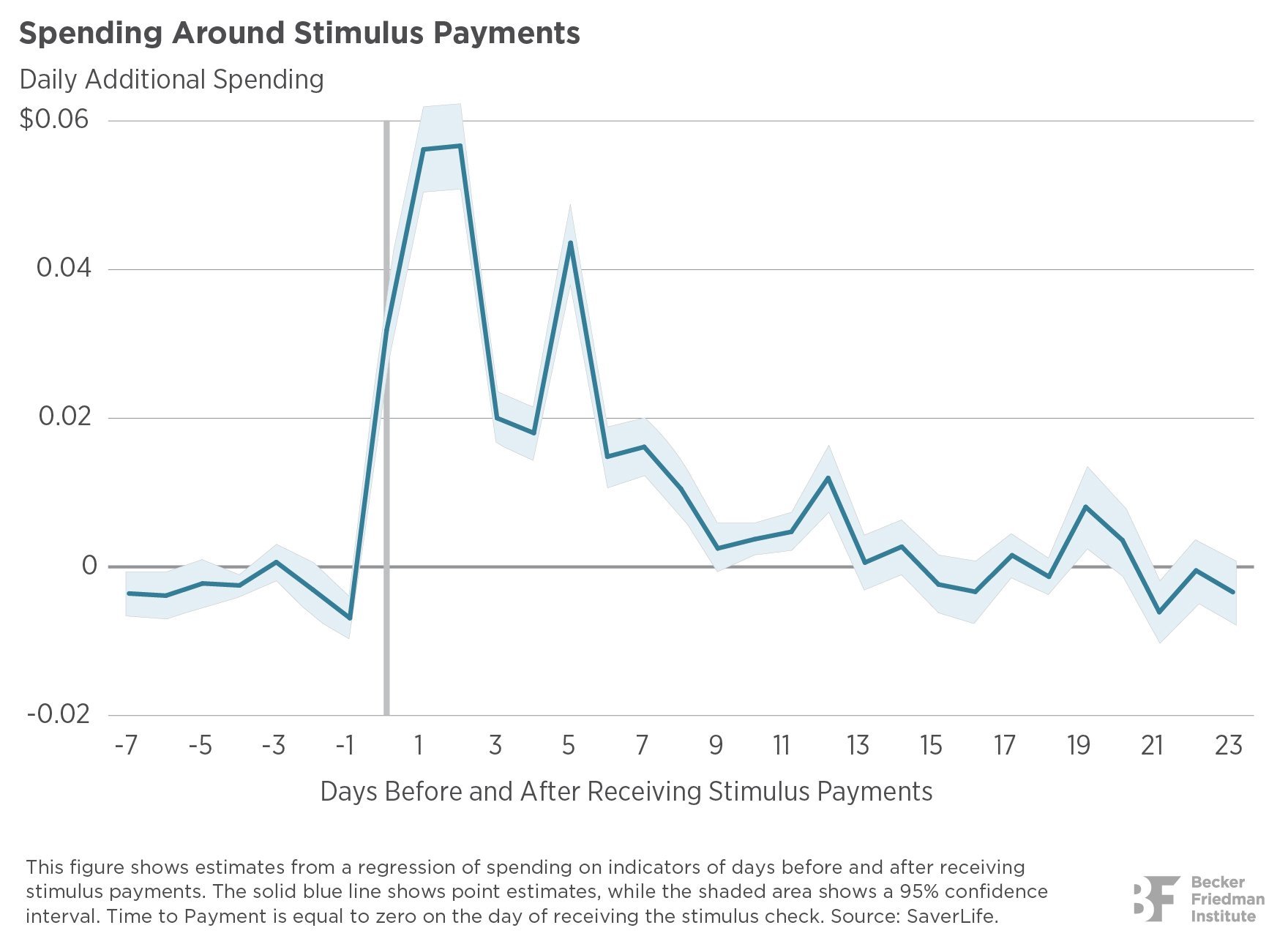 In response to the economic fallout of the COVID-19 pandemic, the US government has enacted the CARES Act, with over $2 trillion of stimulus measures. Amongst its various provisions, American households under certain income thresholds qualify to receive direct payments in the form of stimulus checks.* How did households respond to this cash infusion?

In updated research, the authors studied households’ consumption and spending behavior responses to the stimulus checks through a multitude of dimensions, using high-frequency, real-time household financial transaction data. By observing 44,460 individuals across the US who received stimulus checks, the authors found that households responded rapidly at first by increasing spending by $0.29 per dollar of stimulus during the first 10 days of observation, primarily on food and non-durable goods, and rent and bill payments. Households with lower incomes, greater income declines, and lower levels of liquidity exhibit relatively stronger spending responses.

Household liquidity plays the most important role in determining spending behavior, with no observed spending response for households with relatively higher levels of bank balances and ready access to funds. Compared to the 2001 recession and 2008 Financial Crisis, the study found relatively little increase in spending on durable goods, with a number of potentially important downstream implications for the economic recovery.

These findings could inform policy formulation and help reduce the time to gauge impact between a policy’s enactment and its implementation. Likewise, further debate is warranted on the timely targeting of stimulus checks, their distribution, and intended effects in jump starting consumer spending to facilitate recovery.