Economics typically views discrimination as a direct action by an individual. A recruiter, for example, may discriminate against women relative to men with similar resumes when searching for candidates to fill a position. Economic tools are then applied to study this phenomenon and to determine effects on labor, firms, and the broader economy, among many other issues.

However, that is likely not the whole story. Sociologists and computer scientists often look beyond direct discrimination to study systemic factors driving group-based disparities. Systemic discrimination consists, for example, of attitudes, policies, or practices that are part of a social or administrative structure, as well as past or concurrent actions in other domains, that create or perpetuate a position of relative disadvantage for certain groups. 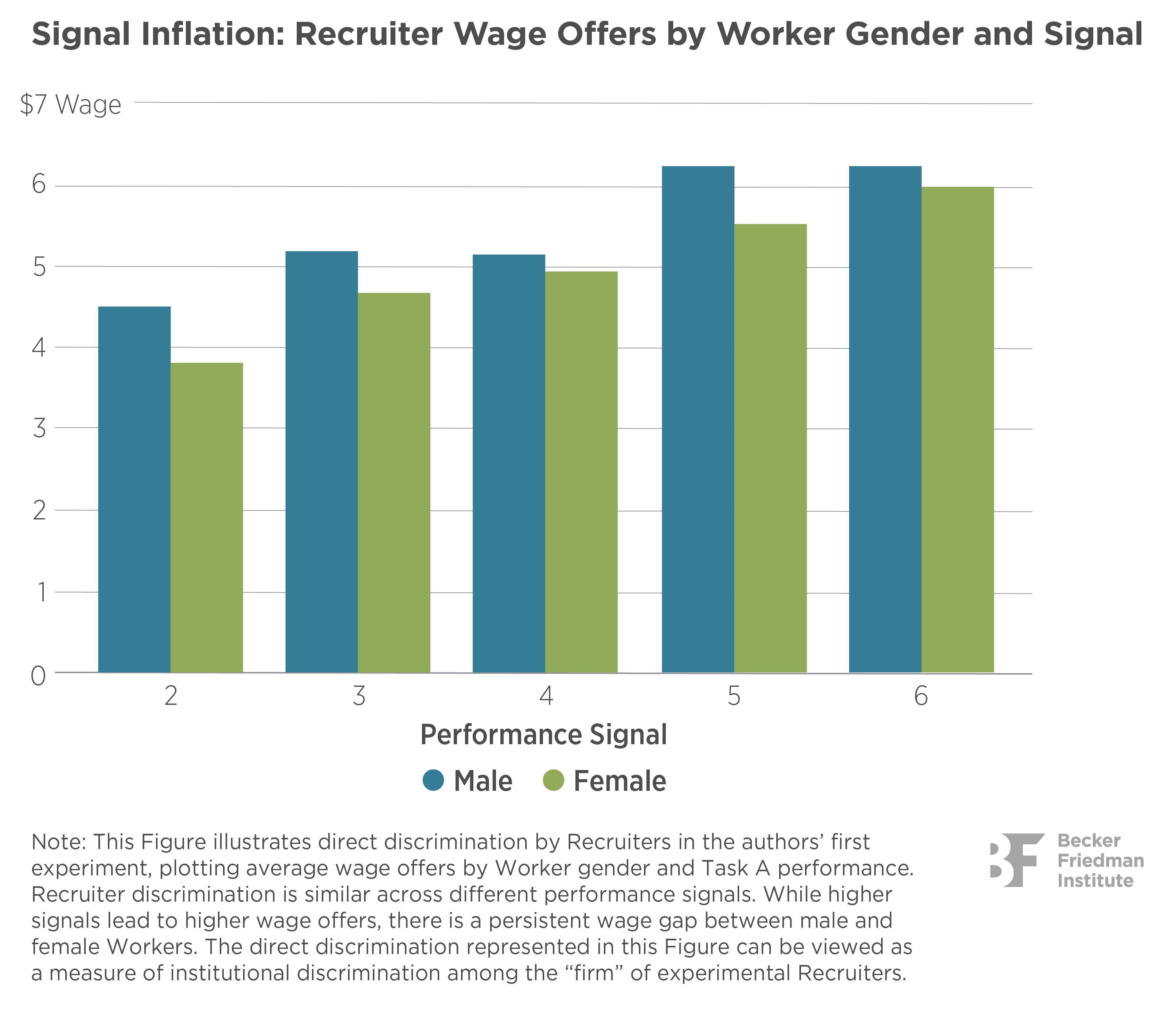 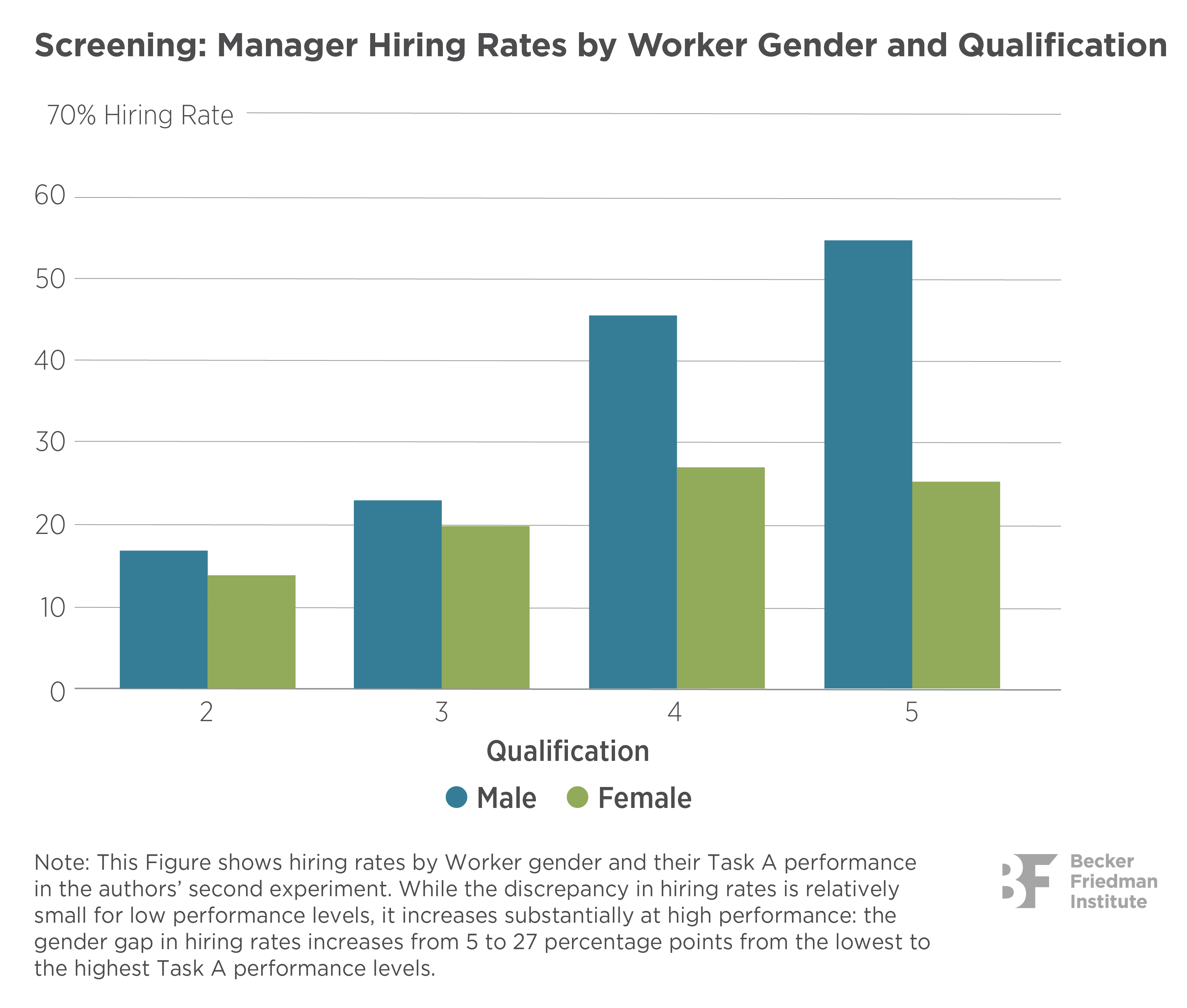 Per these examples, measures of discrimination that do not include systemic factors are incomplete. To address this gap, this work formalizes a definition of total discrimination and decomposes this measure into direct and systemic components. This decomposition motivates the development of new econometric tools to identify each component. The authors apply these tools to hiring experiments, which show how conventional methods of studying direct discrimination can underestimate total discrimination and mask important heterogeneity in systemic discrimination across different performance levels in practice (see accompanying Figures).

Policymakers take note: The development of robust econometric methods for measuring systemic and total discrimination can be a powerful complement to existing regulatory tools. By enriching policymakers’ understanding of dynamics and heterogeneity within and across different domains, such theoretical and empirical advancements can improve policy making and equity in labor markets, housing, criminal justice, education, healthcare, and other areas.