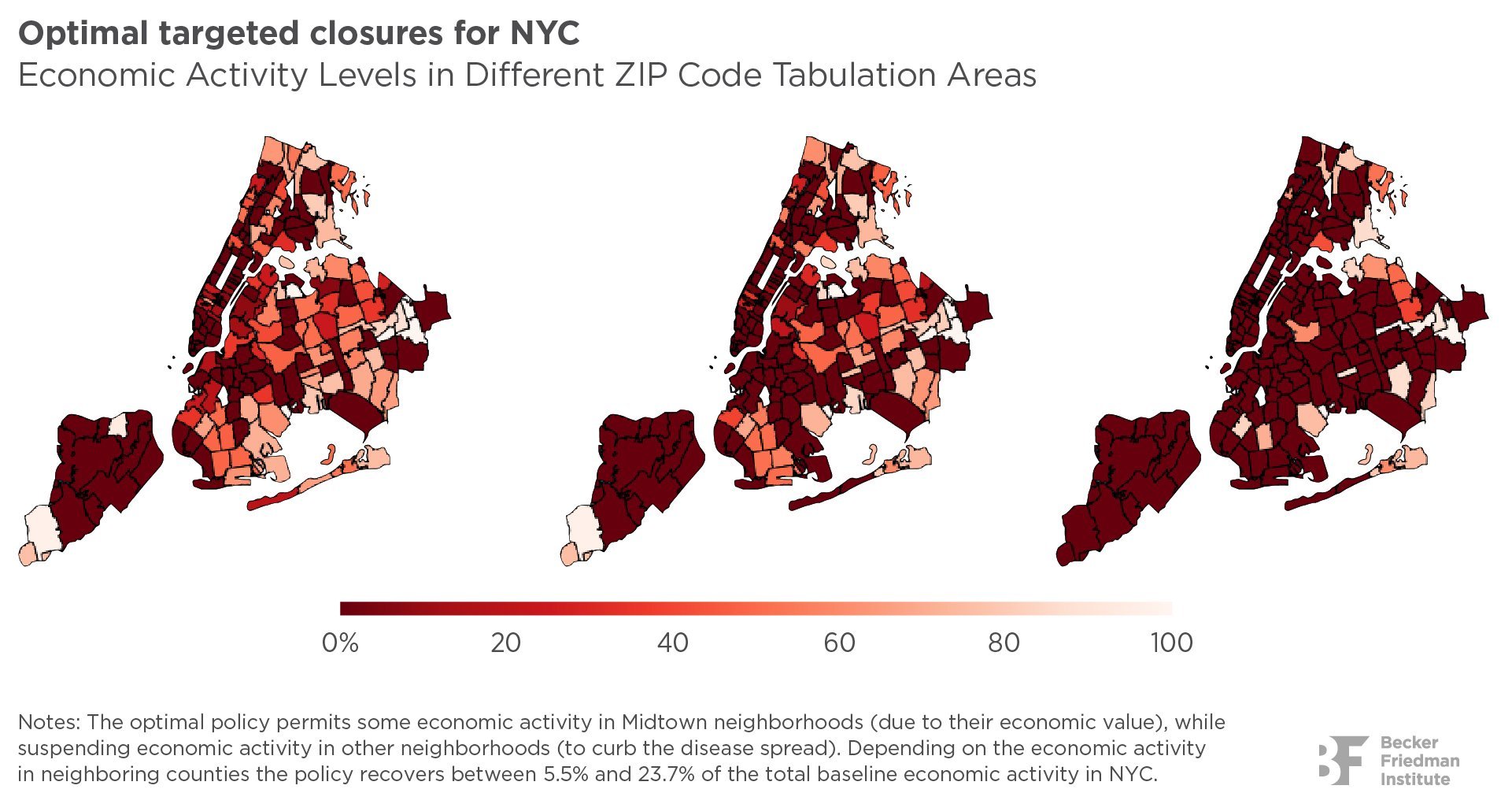 The spread of infectious disease has an important spatial component: When individuals from one neighborhood visit another one they can infect others or get infected. Closure of businesses and public places in a neighborhood could reduce such infection opportunities as well as the import/export of the disease from/to other neighborhoods. How should a city target closures to achieve an appropriate policy goal at the lowest possible economic cost, factoring in neighborhood spillovers and the differences among neighborhoods’ economic values?

To answer this question, the authors focus on the policy goal of reducing infections in all neighborhoods, and provide an optimization framework that delivers the optimal targeted closure policies. They then use mobile-phone data (from a period prior to lockdowns) to estimate individuals’ movements within NYC and, applying their framework, the authors reveal the following: