This research offers insights into the impact of the 2005 Bankruptcy Abuse Prevention and Consumer Protection Act (BAPCPA), which are especially as policymakers discuss bankruptcy reform proposals. 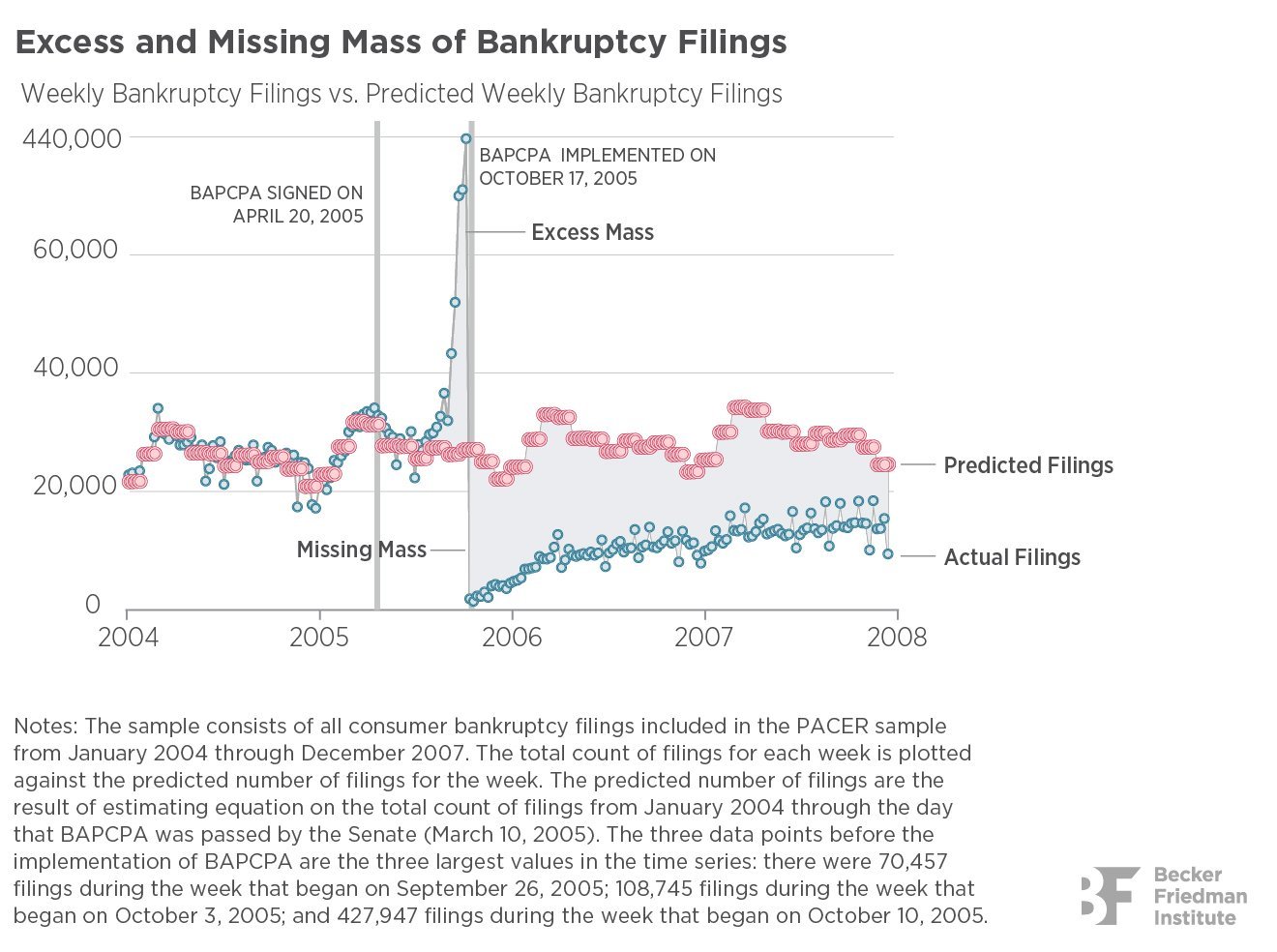 The authors find that bankruptcy filings fell by roughly 50 percent after BAPCPA, with about one million fewer bankruptcy filings in the two years after the law was passed. Reduced filings meant lower costs for credit card companies and, likewise, lower interest rates for credit card customers. The authors find that a one-percentage-point decline in bankruptcy-filing risk within a credit-score segment decreases average interest rates by 70–90 basis points.

The authors also addressed the important issue of who was prevented from filing bankruptcy because of BAPCPA when, indeed, they could have benefited from the relief; in this case, the adverse shock experienced by consumers when confronted with hospitalization. The results were stark. They find that an uninsured hospitalization increases the likelihood of filing for bankruptcy by 1.5 percentage points prior to BAPCPA, but by just 0.4 percentage points after the reform. Put another way, the authors find that uninsured hospitalizations result in a similar amount of debt sent to collections under both bankruptcy regimes, but 70 percent fewer bankruptcy filings after the reform. This reduction is persistent over time. 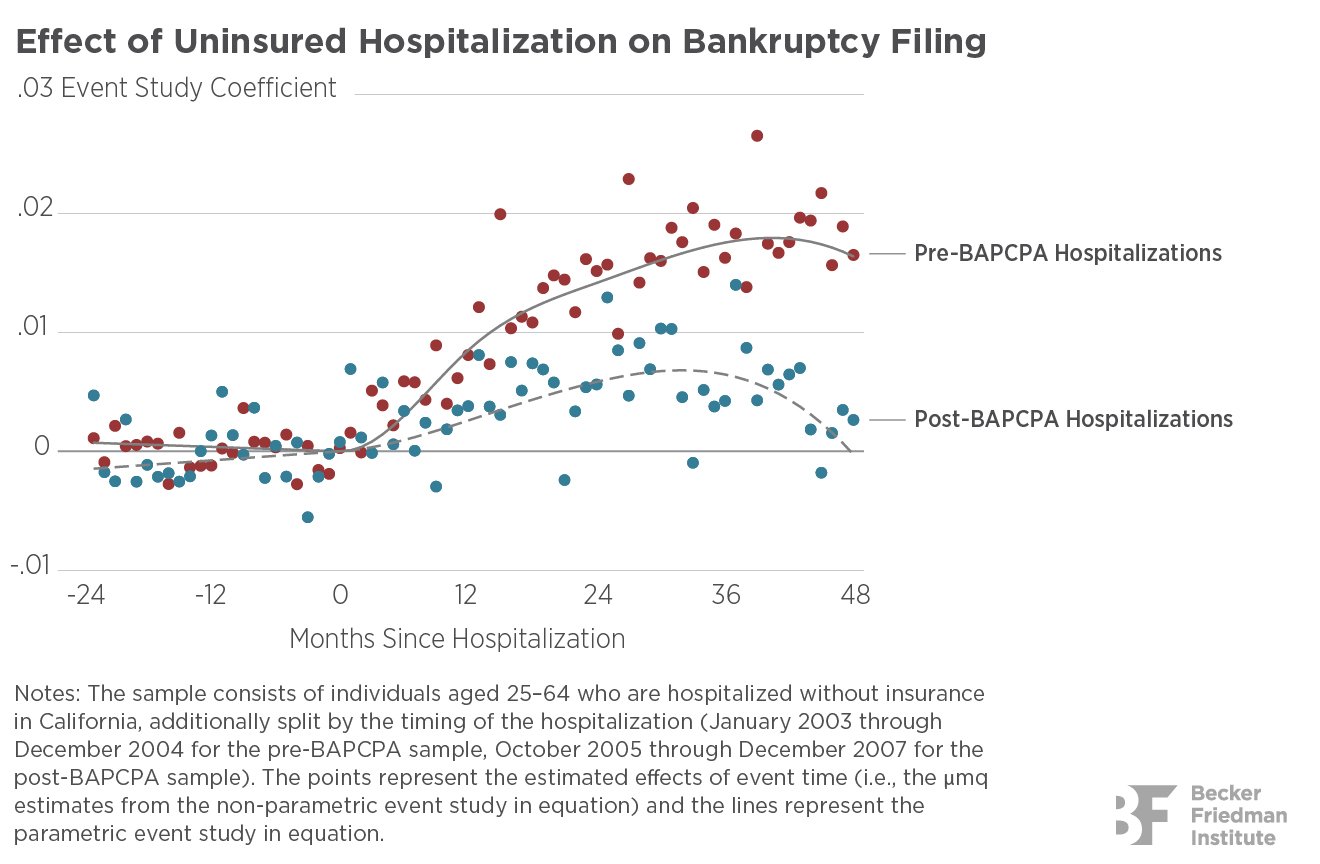 This final finding represents a key contribution of this research. Hospitalization is just one example of an adverse shock, but to the extent that this finding generalizes to other types of financial setbacks, these results provide suggestive evidence that the bankruptcies deterred by BAPCPA were not limited to the most “abusive” filings. Instead, these results imply that BAPCPA may have meaningfully reduced the insurance value of bankruptcy.