Economists and policymakers have long embraced the idea that high uncertainty induces households to spend less and firms to reduce investment and employment. However, recent research has shown that the empirical evidence on these channels is at best “suggestive” and that more work is needed to more clearly make this causal link. 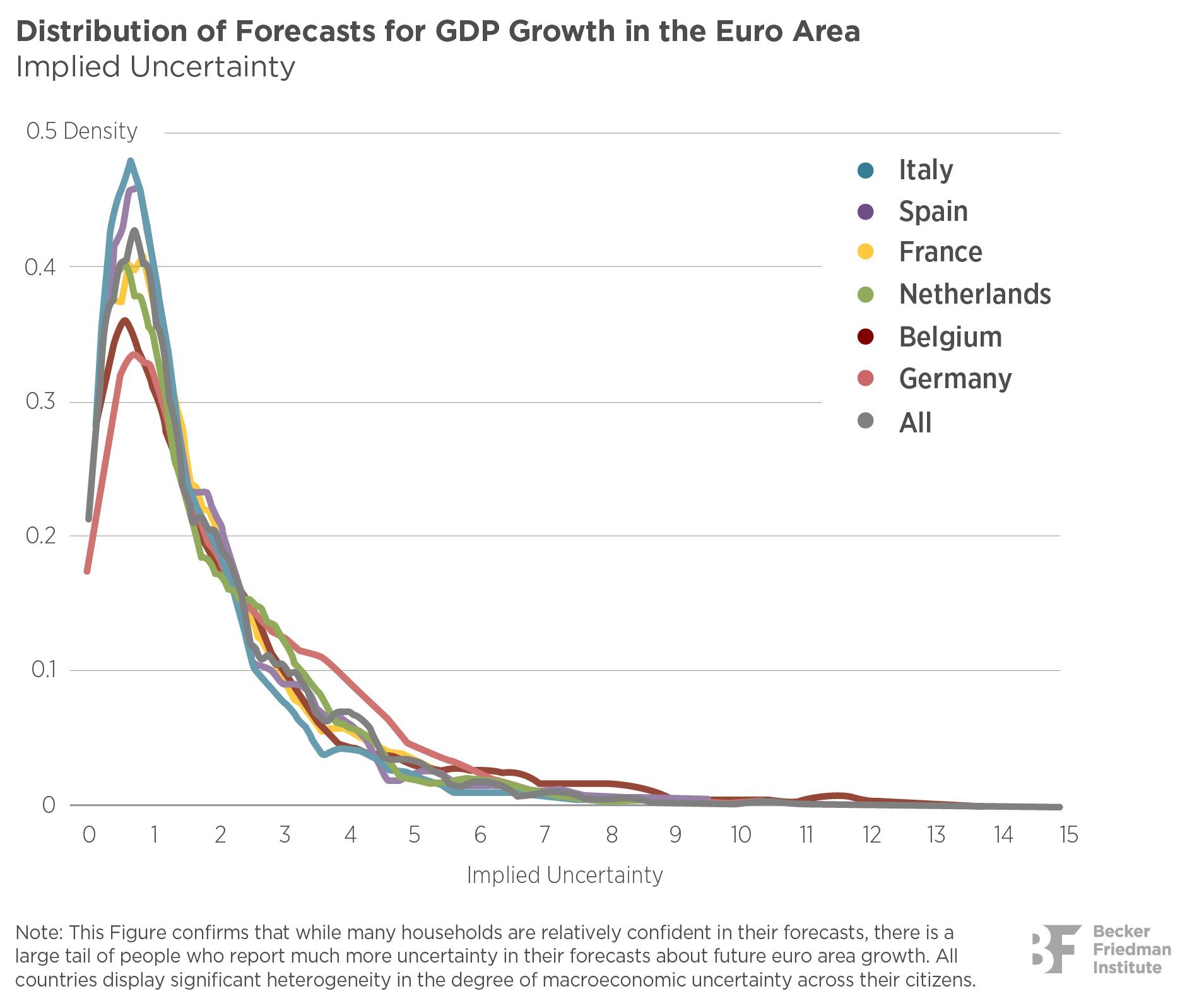 This paper addresses this gap by employing randomized control trials in a new large cross-country survey of European households to induce exogenous variation in the macroeconomic uncertainty perceived by households, and to then study the causal effects of the resulting change in uncertainty on their spending relative to that of untreated households. This work is based on a new, population-representative survey of households in Europe implemented by the European Central Bank (ECB). The authors’ survey spans the six largest euro area countries and thousands of households.

The authors find that higher uncertainty leads to sharply reduced spending by households on both non-durables and services in subsequent months as well as on some durable and luxury goods and services. In short, the authors provide direct causal evidence that economists and policymakers can stop hedging their claims about the effect of high uncertainty on household and business spending decisions: Higher uncertainty makes households spend less on average.

Importantly, the authors find that this effect is economically large over a period of several months. In contrast, they find little effect of the first moment of expectations on household spending. A central challenge in the uncertainty literature has been separately identifying the effects of expectations about first and second moments, since most large uncertainty events are also associated with significant deteriorations in the expected economic outlook. The authors’ results suggest that, at least when it comes to households, it is uncertainty that is driving declines in spending rather than concerns about the expected path of the economy.

These declines in spending stemming from rising uncertainty mainly regard discretionary spending, such as health and personal care products and services, entertainment, holiday, and luxury goods. Spending is most affected by uncertainty for those individuals working in riskier sectors, as well as households whose investment portfolios are most exposed to risky financial assets. They also find that when individuals face higher uncertainty, they report that they would be less likely to allocate new financial investments to mutual funds or cryptocurrencies. On the other hand, they show that (exogenously induced) uncertainty does not influence household attitudes towards investing in real estate.

The views expressed in this paper are those of the authors and do not necessarily reflect the views of the European Central Bank or any other institution with which the authors are affiliated.