Skip to content
Chart
How Long Will This Last? Fraction Who Believe Crisis Will End Before Each Date 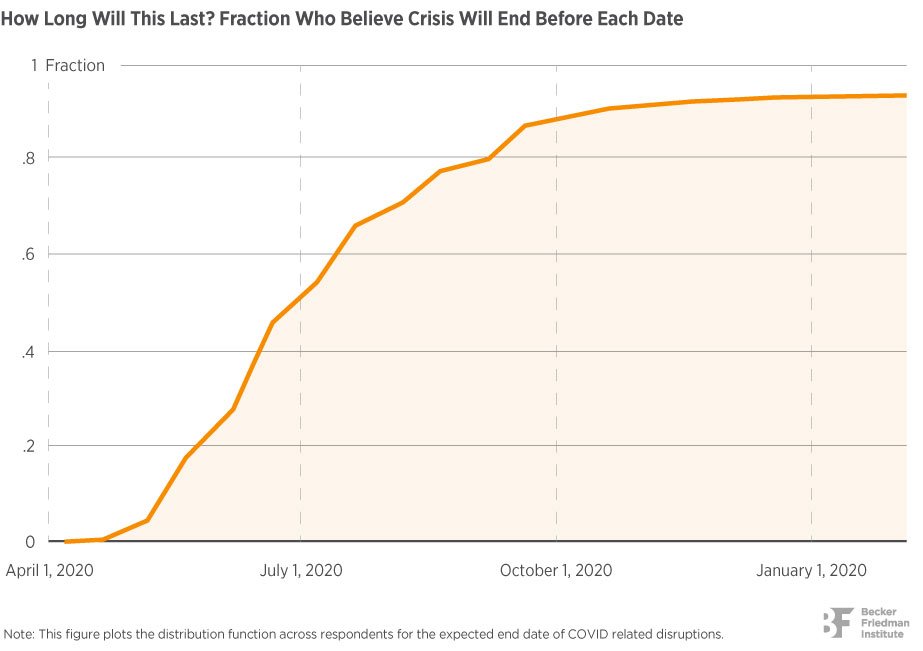 Small businesses account for nearly 50 percent of US workers, and this new survey of nearly 6,000 firms reveals the financial fragility of many of those businesses and signals a cautionary note for policymakers, as most respondents expect the crisis to extend beyond the spring and well into the summer.

The late-March 2020 survey focused on assessing small businesses’ current financial status, the extent of temporary closures and laid-off employees, duration expectations and the impact on decision-making, and whether businesses planned to apply for CARES Act funding and how such a decision could impact closures and lay-offs. Broadly, the survey revealed the following:

For policymakers, the following results are particularly salient: