These numbers suggest, among other things, that male football and basketball athletes subsidize other activities and other athletes. The data also raise questions about whether athletes could—or should—retain a higher percentage of their sports’ earnings. To investigate these and other questions, the authors collected comprehensive data covering revenue and expenses for FBS schools between 2006 and 2019, and assembled new data using complete rosters of students matched to neighborhood socioeconomic characteristics. 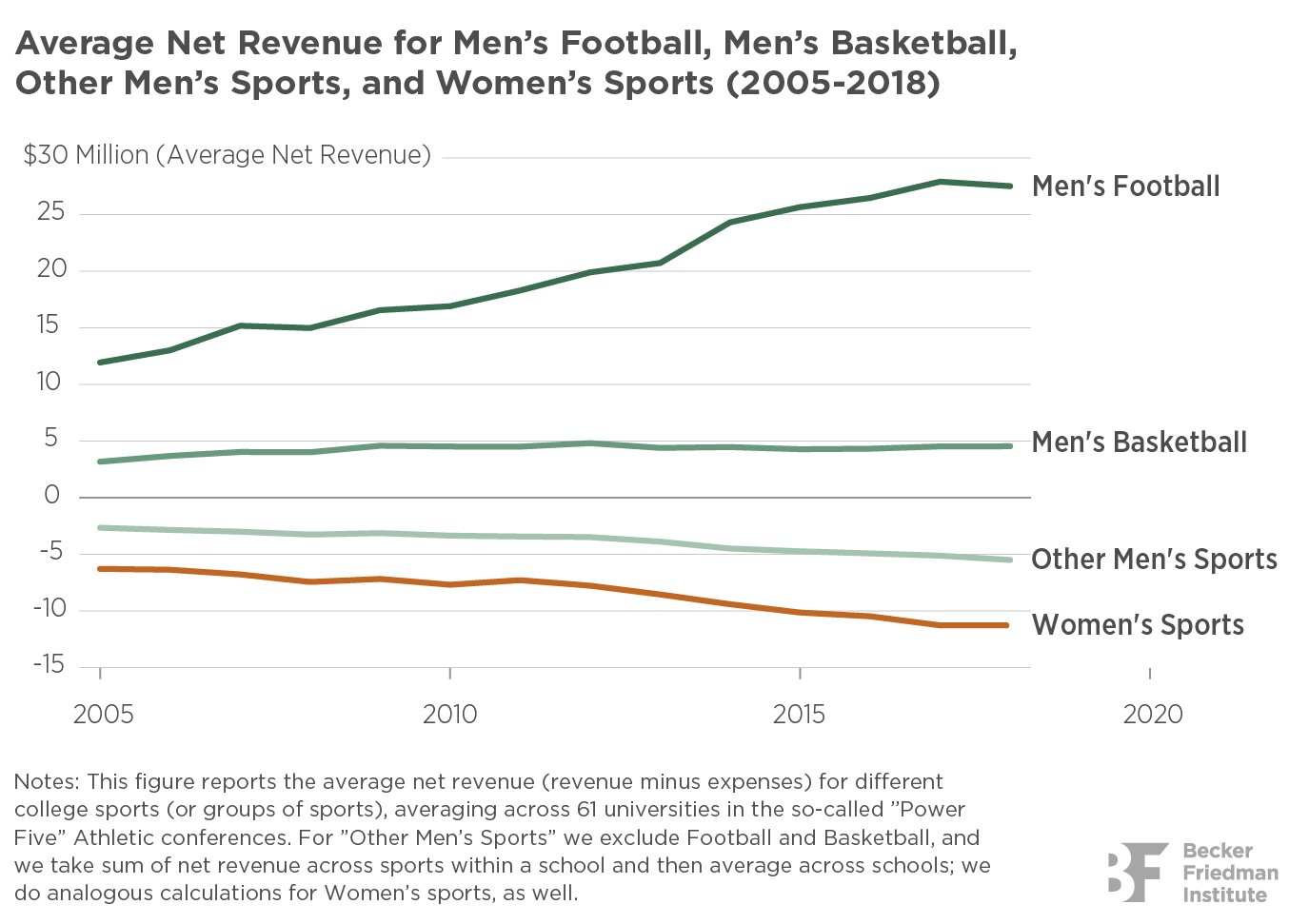 Among their findings, the authors estimate that rent-sharing leads to increased spending on women’s sports and other men’s sports as well as increased spending on facilities, coaches’ salaries, and other athletic department personnel. This transfer also occurs on a player level, that is, a subset of athletes are subsidizing others. Given the demographics of men’s football and basketball and those of other sports, the authors find that the existing limits on player compensation effectively transfers resources away from students who are more likely to be black and who come from poor neighborhoods toward students who are more likely to be white and come from higher-income neighborhoods.

The authors have made the data in their paper publicly available online at here, for the benefit of future research.