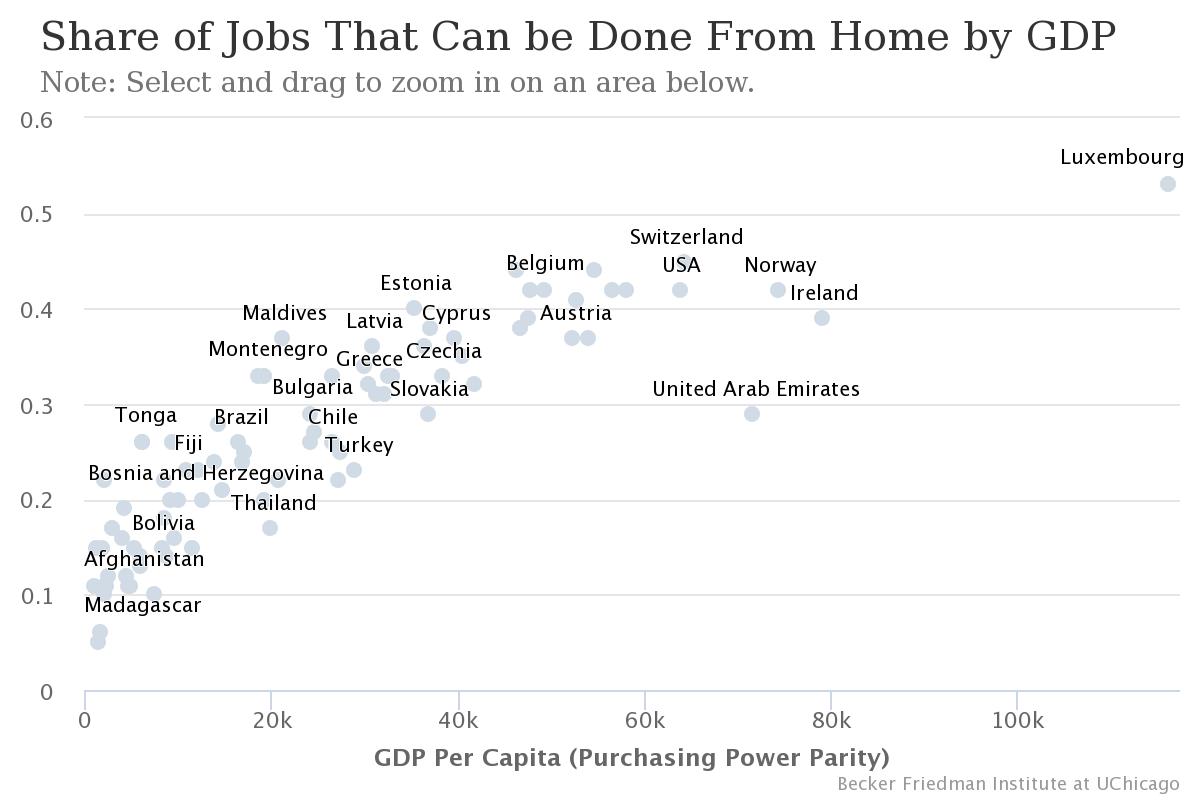 Building on previous work to determine how many US jobs can be performed at home, the authors produce new estimates for 86 other countries. Their analysis reveals a clear positive relationship between income levels and the shares of jobs that can be done from home. For example, while fewer than 25 percent of jobs in Mexico and Turkey could be performed at home, this share exceeds 40 percent in Sweden and the United Kingdom. The striking pattern suggests that developing economies and emerging markets may face an even greater challenge in continuing to work during periods of stringent social distancing.

The authors conduct their analysis by merging their classification of whether each 6-digit SOC (Standard Occupation Classification) can be done at home based on the US O*NET surveys with the 2008 edition of the international standard classification of occupations (ISCO) at the 2-digit level.

The figure plots the author’s measure of the share of jobs that can be done at home in each country against its per capita income. They compute the jobs share using the most recent employment data available from the International Labour Organization (ILO) after restricting attention to countries that report employment data for 2015 or later. The income measure is GDP per capita (at current prices and translated into international dollars using PPP exchange rates) in 2019, obtained from the International Monetary Fund. They note that their classification assesses the ability to perform a particular occupation from home based on US data and that the nature of an occupation likely varies across economies with different income levels.