Skip to content
Key Takeaways
Based on Working Paper No. 2017-07, “The Employer Penalty, Voluntary Compliance, and the Size Distribution of Firms: Evidence from a Survey of Small Businesses” by Casey Mulligan, professor of economics at the University of Chicago

One of the key provisions of the 2010 Affordable Care Act was to mandate that firms employing at least 50 full-time equivalent positions must provide employee-sponsored health insurance (ESI). This immediately raised the question of whether firms would opt to restrict their size to avoid the cost of providing ESI, either by eliminating employees to get under the threshold, or restrict hiring to remain beneath it.

While the impact of taxes and regulation on the size distribution of firms is often described anecdotally, it is rarely quantified, owing to a lack of data. However, in his recent paper, “The Employer Penalty, Voluntary Compliance, and the Size Distribution of Firms: Evidence from a Survey of Small Businesses,” Casey Mulligan, UChicago professor in Economics, employs new survey data that describes the impact of the ACA’s employer mandate on the hiring decisions of small firms.

Working in partnership with Hanover Research for the Mercatus Center at George Mason University, Mulligan surveyed 745 businesses from 47 states and the District of Columbia with fewer than 200 employees, stratified between firms under and over 50 employees. The Mercatus-Mulligan data has a number of advantages over existing methodologies that try to determine the link between regulation and firm decisionmaking, including:

• the separation of full- and part-time employment,

• a distinct before-after event in the passage of the ACA (the survey was conducted in March 2017 following the mandate’s implementation, see graph on page 2),

Source: From data prepared by the Agency for Healthcare Research and Quality, from the insurance/employer component of the Medical Expenditure Panel Survey, a nationally representative sample “drawn annually from the most recently updated version of the U.S. Census Bureau’s Business Register” and includes about 39,000 private businesses each year (Agency for Healthcare Research Quality 2017).


• the measurement of voluntary compliance with the mandate,

• the participation of management-level staff who make direct hiring
decisions,

• and the ability to correlate hiring practices with size and compliance.

Given these advantages, and based on the restrictive hiring decisions of those survey respondents with fewer than 50 FTEs (or 49ers), Mulligan estimates that there are 38,000 such firms that are intentionally restricting their size. The collective decisions by these 38,000 49ers, which employ 1.7 million, has restricted full-time hiring by roughly 250,000 positions.

The Mercatus-Mulligan survey suggests that firms often do not alter the employment status of existing workers, but rather alter the mix of future hires by, for example, incorporating part-time positions. Further, 49ers report that they hire less and use shorter work schedules since implementation of the ACA’s employer mandate. For those 49ers poised for strong growth, the question becomes whether the increased demand for their products or services is large enough to justify hiring more staff and adding the cost health insurance for all.

These and other findings build on Mulligan’s earlier work on the distortionary effects of the ACA’s employer mandate. Further work may build on the existing survey to reveal firm decisions over time. For example, given firms’ reluctance to change the full-time status of existing workers, the number of 49ers could increase as employees retire or otherwise transition out of existing jobs. 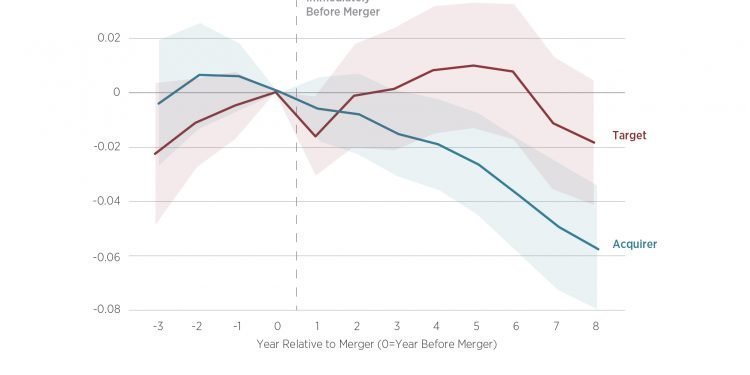 The Anatomy of a Hospital System Merger: The Patient Did Not Respond Well to Treatment 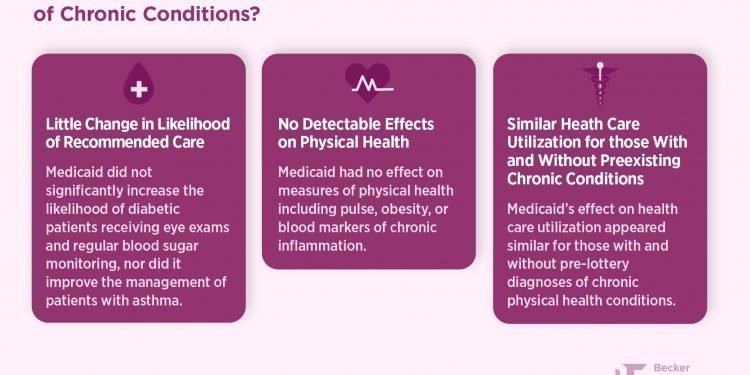 The Effect of Medicaid on Care and Outcomes for Chronic Conditions: Evidence From the Oregon Health Insurance Experiment

Heidi Allen, Katherine Baicker
While Medicaid is an important determinant of access to care overall, it does not appear that Medicaid alone has detectable effects on the management of several chronic physical health conditions, including diabetes and asthma.
Topics:  Health care
Insights / Research Brief•Aug 17, 2021

The Macroeconomics of the Greek Depression

Gabriel Chodorow-Reich, Loukas Karabarbounis, Rohan Kekre
The economic news in 2007 and 2008 from Greece was alarming and sent ripples across...
Topics:  Tax & Budget
View All