Skip to content
Key Takeaways
Saudi Arabian custom holds that male guardians, such as husbands and fathers, decide whether females may work outside the home. This social norm has resulted in a low female labor force participation (FLFP) rate—just 15 percent of Saudi women aged 15 or over worked outside the home in 2017. Saudi Arabia is not alone when it comes to a low FLFP, as 13 of the 15 countries with the lowest FLFP are located in the Middle East and North Africa.

Given that this practice is not Saudi law, one might assume that men feel pressure to abide by this long-held norm. Is it possible that Saudi men actually prefer that women work, but that they feel constricted by custom? Are these men worried that others would judge them negatively if they allowed women in their families to work? Importantly, do these men incorrectly perceive other men’s views on this subject? 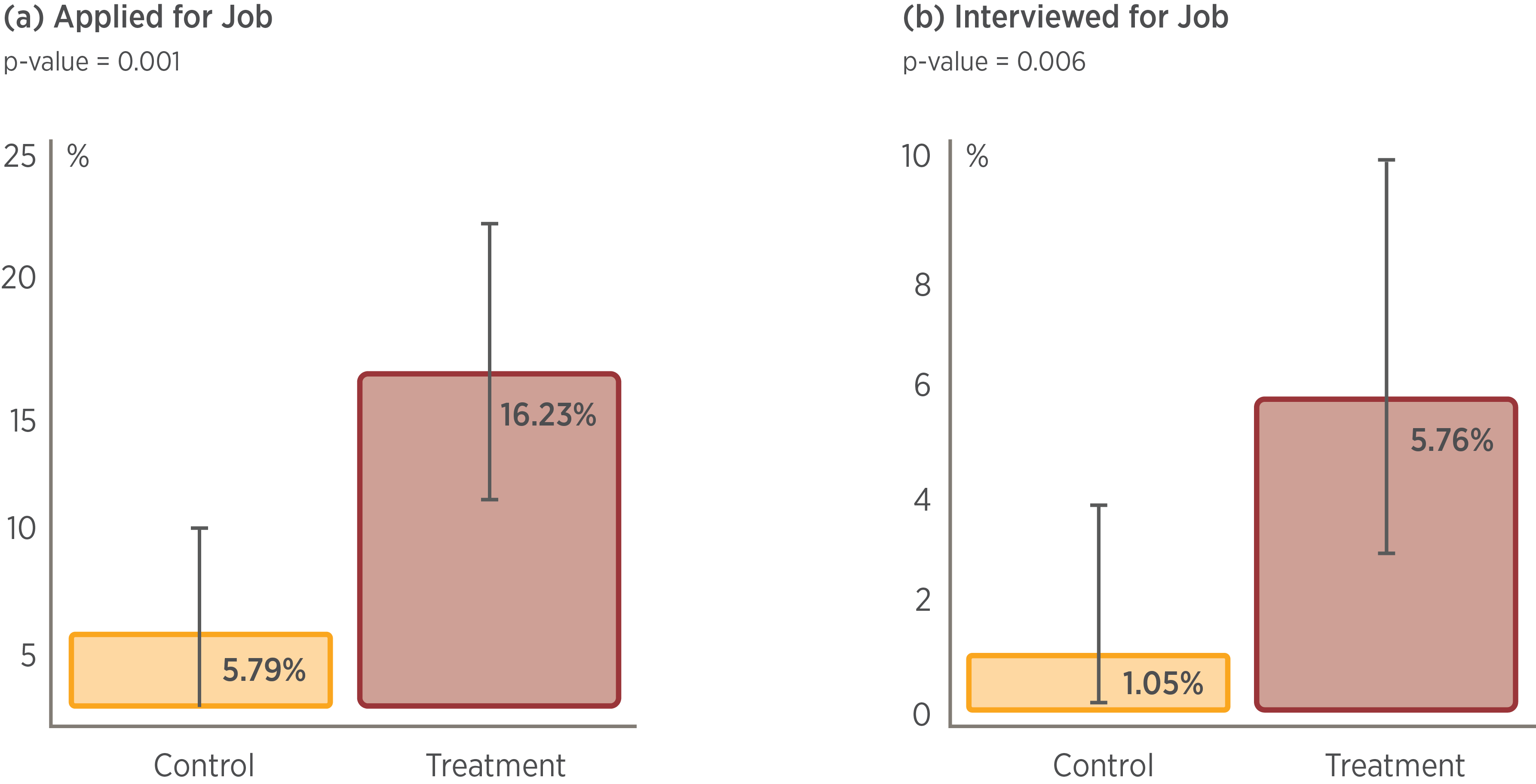 In “Misperceived Social Norms: Female Labor Force Participation in Saudi Arabia,” Leonardo Bursztyn, UChicago assistant professor of economics, Alessandra L. Gonzalez, UChicago senior research associate, and David Yanagizawa-Drott, professor of economics at the University of Zurich, investigate these questions and reveal that Saudi men do misperceive other men’s views on FLFP. They also show that more men are open to FLFP than otherwise believed. Informed of this misperception, many men change their behavior and allow women to seek outside employment. This insight about the impact of misperceived social norms has the potential to inform other attempts to change long-held beliefs and behavior.

From pluralistic ignorance to open acceptance

New leadership in Saudi Arabia has loosened some gender norms, for example, on whether women should be allowed to drive, and Bursztyn and his colleagues describe how a phenomenon known as “pluralistic ignorance” can occur in such fast-changing situations. People may privately reject a long-held custom but they often believe that most other people still accept it; therefore, people do not change their public views for fear of social sanction. This is how social norms prevail, even when many privately disagree.

However, when perceptions change about other people’s views, behavior can quickly follow suit. It is this intuition that motivated two experiments conducted by the authors that, taken together, make a strong case that men’s views on this subject are shaped, at least in part, by their perceived views of other men.

In their first experiment, the authors recruited 500 Saudi married men aged 18-35 from different neighborhoods in Riyadh. Each man attended a 30-participant session composed of men from the same geographical area so as to capture similar social networks. In an anonymous online survey, 87 percent of the experimental participants agreed
with the statement: “In my opinion, women should be allowed to work outside of the home.” Given that so many agreed with the statement, and so many were from similar social backgrounds, you might expect that they would correctly guess how many other men agreed with that statement. 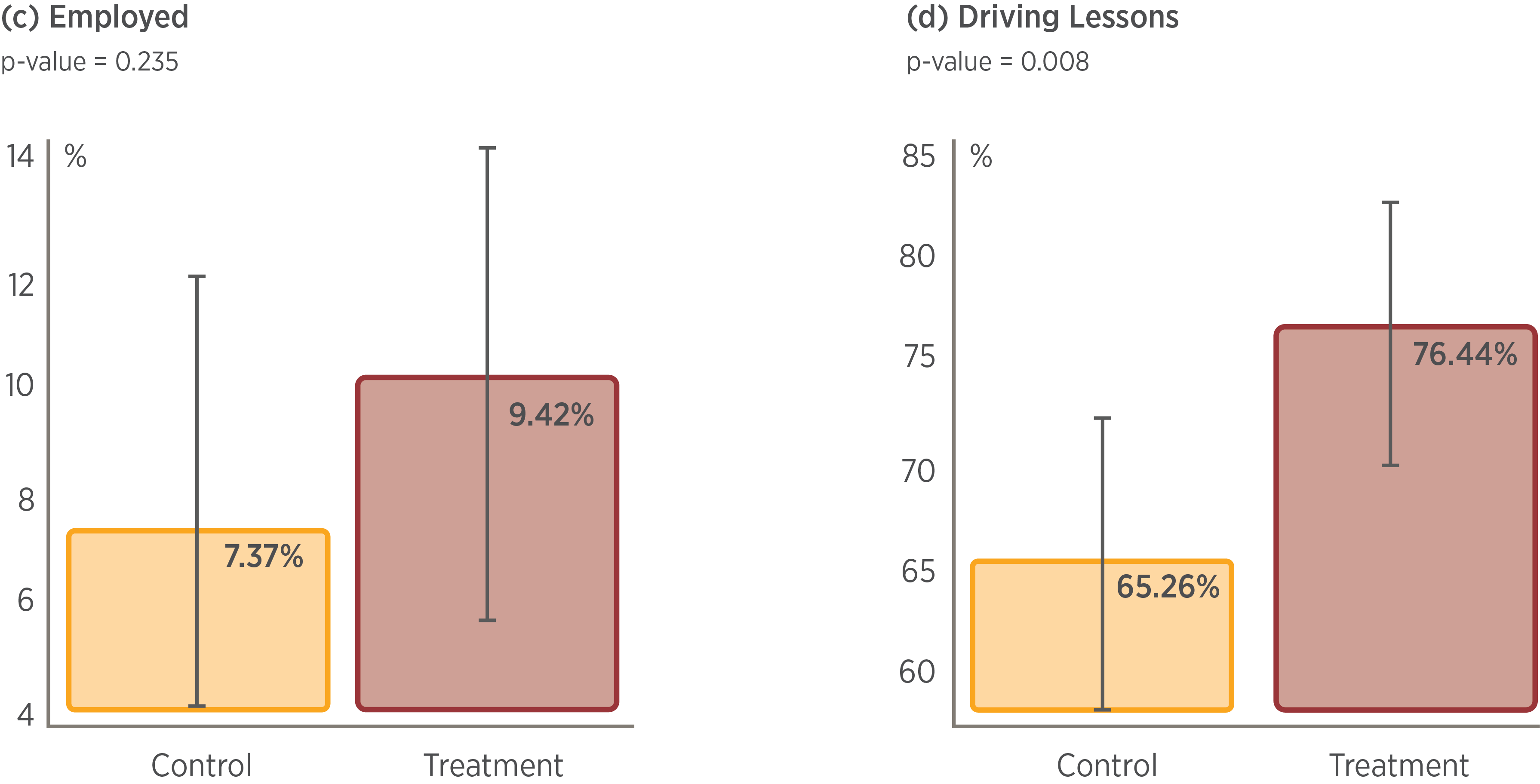 However, about three-quarters of the participants underestimated the true number who shared their view. The authors interpret this as misperception of social norms.

When married Saudi men are informed that other men agree with the idea of women working outside the home, they are more inclined to allow their wife to work.

The question then becomes whether these men would change their own behavior if they knew how many other men actually shared their views. To determine this, the authors informed half of the participants (the treatment group) of the true number who agreed that women should work outside the home, while the other half (the control group) remained in the dark. All participants were then offered a choice: receive an online gift card or sign their wives up for a specialized job-matching app designed for Saudi women. The results were clear: only 23 percent of the control group chose the job-matching offer, while 32 percent of the treatment group preferred that their wives look for a job.

But would those decisions stick? Would those men really go home and arrange for their wives to seek a job? The authors checked in with participants after three to five months to see whether their wives had actually applied for a job, and wives from the treatment group were significantly more likely to have applied for a job (up by 10 percentage points) and to have interviewed for one (up by 5 percentage points). Further, the authors note spillover to other behaviors relating to women’s rights, as treated participants are more likely to report that they would sign up their wives for driving lessons.

In a second experiment, the authors used an anonymous online survey with a national sample of 1,500 married Saudi men aged 18 to 35, and the results validated the first experiment: While 82 percent agreed with the same statement used on FLFP in the main experiment, 92 percent underestimated how many others held that view. In this case, when respondents were not asked to think about their own neighbors’ opinions, but rather consider all Saudi men, their misperceptions were stronger than in the first experiment. The authors conduct other checks on the validity of the initial response and find that the results hold.

CLOSING TAKEAWAY
The vast majority of married men in Saudi Arabia support the idea of women working outside the home, but they are not aware that almost all other married men hold the same view.

Bursztyn and his colleagues combine experiments and surveys to reveal that the majority of married men in Saudi Arabia support the idea of women working outside the home. At the same time, these men greatly underestimate how many other men share the same view. Further, when men are informed that other men agree with the idea of
FLFP, they are more inclined to allow women in their families to work, and they generally follow through with such intentions.

For policymakers and officials in Saudi Arabia, as well as in other countries where social norms play a large role in the economic choices that people make, these results may prove illuminating and offer guidance in forming policies to change behavior. For example, as the authors’ experiments reveal, conducting polls and disseminating information could be a relatively cheap—and effective—method of changing norms and customs.

US corporations go to great lengths to avoid paying taxes, and some of those avoidance schemes—like moving profits to offshore tax havens—regularly make headlines. However, there are many more subtle techniques to reduce a corporation’s tax bill, and those methods are often practiced by tax accountants with firm- or industry-specific skills. Employing these tax experts can have beneficial effects and provide competitive advantages for firms.
Topics:  Employment & Wages, Tax & Budget
Insights / Research Brief•Apr 22, 2021

Elias Albagli, Mario Canales, Chad Syverson, Matias Tapia, Juan Wlasiuk
Imagine that you are looking for a new job at a different company, and that you are considering employers that would pay you more money for your skills than you are currently receiving. From an economist’s point of view, you are necessarily seeking a job at a firm that is more productive than your current employer. Why? Because if the new company is able to pay more for similar skills, it must make more productive use of those skills, which allows it to share some of those productivity gains with you in the form of a higher salary.
Topics:  Employment & Wages
View All