Skip to content
Key Takeaways
Banking regulators have two roles that can sometimes get in the way of each other: they provide insurance to depositors to guarantee a certain level of their savings, and they decide when to intervene if a bank is failing to protect the deposit insurance fund. If regulators provide too much insurance, then depositors do not keep a careful eye on bank behavior, and if regulators intervene too early when a bank is experiencing financial trouble, depositors may be inclined to run.

This conundrum—balancing deposit insurance with an intervention policy—is the key question addressed in “Optimal Forbearance of Bank Resolution,” by Linda Schilling, assistant professor of financial economics at École Polytechnique CREST and former Becker Friedman Institute Visiting Scholar. Schilling’s work is motivated by the discrepancy between policies in the United States, where deposit insurance is higher and regulators intervene faster, and the European Monetary Union, which tends to intervene at a slower rate than the US. By investigating the binary role of bank regulators, and through her analysis of US and European practices, Schilling offers a novel perspective on this important regulatory question.

Resolution procedures are costly and developing an efficient resolution scheme is important. Cases of bank resolution are common, and not only during times of crises. For example, the Federal Deposit Insurance Corporation’s (FDIC) failed bank list has 553 entries of failed banks under FDIC supervision from 2001-2017. In Europe, prominent recent cases of bank resolution include the bailout of Monte dei Paschi di Siena in Italy, the sale of Banco Popular in Spain, both in 2017, and the partial sale of Laiki Bank in 2013 during the Cypriot banking crisis.

A tale of two resolution schemes

Important differences exist between the European Monetary Union and US in terms of their bank resolution policies. In the US, the FDIC acts as the resolution authority (RA) and is appointed as receiver if an FDIC-insured depository institution, or a non-depositmaking but systemically relevant institution, becomes critically undercapitalized. The FDIC operates under the least-cost resolution requirement to minimize net losses to deposit insurance, regardless of factors such as maintaining market discipline, or prevention of contagion.

In contrast, the European Bank Recovery and Resolution Directive (BRRD) mentions competing objectives for bank resolution that, in practice, can lead to softer policy actions than those employed in the US. Further, the BRRD entails the option to divert bank resolution away from the centralized authority to national resolution authorities. In effect, this can be seen as both a delay and a diversion to a resolution more amenable to financial institutions.

So, what is the welfare-maximizing number of withdrawals that an RA should tolerate before intervening (its forbearance policy in the event of a bank run) and how much insurance coverage should the RA provide? Is the US method of providing more insurance and intervening relatively quickly optimal? Or is the European model of providing less insurance but delaying resolution the better practice?

The answer, perhaps unsurprisingly, is that it depends. The key contribution of this paper, though, is to describe exactly what matters in determining an answer. Importantly, an intervention policy alone does not achieve an optimal result; it must be paired with the right amount of deposit insurance. If deposit insurance is too low, then depositors are necessarily more nervous about the security of their money and are more likely to run, and too often. On the other hand, if deposit insurance is too high then depositors can become complacent and not withdraw enough.

Withdrawals force the bank to liquidate assets. Withdrawing can be efficient in the context of the paper if prospective asset returns are low, and since the bank may not have an incentive to liquidate assets voluntarily. Depositors, in effect, discipline banks by their propensity to withdraw. If the expected value of a bank’s assets is low, then depositors would be expected to withdraw more. However, that propensity declines as deposit insurance coverage increases since depositors become careless.

Consider a situation where a bank finances a risky asset and where depositors are only partially insured. If information arises that bank asset quality is low, depositors may decide to withdraw their funds, which would impose losses on the deposit insurance fund. The RA would pay close attention to these withdrawals and, should those withdrawals exceed a certain level, the RA would intervene and suspend convertibility of deposits, thus disallowing further withdrawals by depositors. The RA would seize the remaining bank assets and liquidate them to evenly distribute proceeds to remaining depositors; if those proceeds are below the insured amount then the insurance fund would make up the difference. In a case like this, the RA’s role as insurer interferes with her role as resolution authority because the timing of the intervention determines the amount of seized assets and the consequent payout from the insurance fund. Losses to the insurance fund, for example, increase as the RA intervenes later.

A bank’s depositors are affected by—and react to— changes in deposit insurance coverage and the timing of intervention. Schilling’s paper is the first to consider a strategic resolution authority that fully internalizes the impact of the RA’s two-fold policies of deposit insurance and bank intervention. This allows her to answer such questions as:

• Given a cut in deposit insurance, how would the RA need to adapt an intervention delay to keep run probability constant?

• If the RA wants to pursue a more lenient intervention policy, how does the insurance level need to change to maintain welfare at a particular level?

• How does maximization of welfare interfere with minimization of losses to the insurance fund?

Schilling’s paper addresses these questions by pointing out hidden trade-offs and dependencies of resolving banks. These trade-offs crucially depend on the amount of deposit insurance coverage provided. Again, under too-low insurance coverage, inefficient runs may occur no matter when the RA intervenes. The optimal forbearance policy in this case may be for the RA to walk away and never intervene. Why? When inefficient runs occur and, thus, intervention is ex post optimal, a stricter policy to intervene will alter depositors’ behavior in a way that inefficient runs become more likely ex ante. Depositors, in other words, are constantly on the alert that the RA is going to intervene, putting their deposits at risk, which would cause them to withdraw. The RA would anticipate this change in behavior and, thus, would optimally commit to never intervene.

If the resolution authority does not fine-tune the amount of insurance coverage, inefficiencies will likely occur; thus, the forbearance policy alone is a weak policy instrument.

On the other hand, with too much insurance, inefficient investment exists no matter when the RA intervenes. According to Schilling’s reading of the literature, this is the first such paper to show that as deposit insurance coverage increases, equilibrium outcomes shift from exhibiting inefficient runs to inefficient investment, because depositors pay less attention to information on solvency shocks. There is, in effect, a degradation of market discipline that otherwise wary depositors provide. Consequently, a higher probability of runs can be desirable from a social perspective to enforce liquidation.

One implication of these results is that if the resolution authority does not fine-tune the amount of insurance coverage, inefficiencies will likely occur; thus, the forbearance policy alone is a weak policy instrument. If the RA jointly sets forbearance and insurance coverage, then for every forbearance level there exists a unique level of insurance coverage that implements the optimal outcome. To achieve optimality, the RA balances prevention of both inefficient runs and inefficient investment. In effect, if the RA liquidates at market terms there are an infinite number of optimal schemes: every intervention policy of any duration can be paired with a level of deposit insurance that will achieve the best outcome.

Resolution authorities monitor withdrawals of depositors at the bank level. If withdrawals are too high due to a solvency shock, the RA has the authority to suspend conversion of deposits by putting the bank into receivership and seizing bank assets to protect the deposit insurance fund. Schilling shows that if the RA is only allowed to set the forbearance level, then inefficient runs or inefficient investment may exist, independently of when the RA intervenes. If the RA liquidates at market terms and can set both the intervention threshold and insurance coverage level, the RA can always implement an optimal outcome. This means that the RA can steer depositors’ incentives to withdraw in a way that bank resolution occurs if, and only if, asset liquidation is efficient. In other words, under an optimal scheme, the only bank runs that exist are good bank runs.

At a time when policymakers around the world are reconsidering bank regulation with an eye toward preventing or lessening the impact of another financial crisis, it is important for regulators to understand the relationship between a given intervention threshold and deposit insurance. 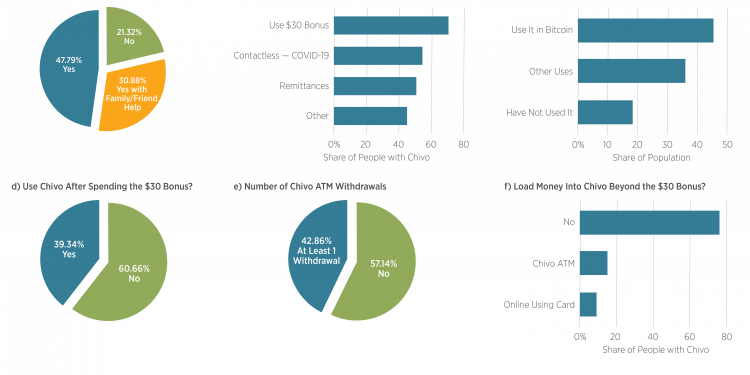