Skip to content
Key Takeaways
For most young people and their parents who live in high-income countries, the decision to attend school is an easy one. School is universally available and free through high school, schooling is mandatory through the age of 16, and most jobs require at least a high school degree. Dropping out of school all but ensures a lifetime of relatively low income.

However, for many young people in developing economies who live in poverty, that trade-off is not so clear. The benefits of education are not always obvious, and they must be weighed against the direct and indirect costs of attending school. After all, if students are going to school, they are forgoing income—for themselves and for their families—that they could earn from working instead.

For students and their families in developing countries, the consequential decision of school vs. work is shaped by a range of government policies. These policies often have no direct effects on school infrastructure, teacher training, or anything else normally associated with educational policy, but nonetheless may affect schooling decisions by affecting the costs and benefits of staying in school. Policymakers often worry that programs that seek to improve the lives of the poor may have adverse consequences; for example, providing jobs to low-skill workers and linking villages to outside labor markets may reduce the incentives for families to invest in their children’s education. Two new papers address these questions and provide important insights—and some hopeful analysis—for policymakers (“Spillover Impacts on Education from Employment Guarantees,” by Anjali Adukia, assistant professor of UChicago’s Harris School of Public Policy, and “Educational Investment Responses to Economic Opportunity: Evidence from Indian Road Construction,” by Anjali Adukia, assistant professor of UChicago’s Harris School of Public Policy; Sam Asher, assistant professor, Johns Hopkins SAIS; and Paul Novosad, assistant professor, Dartmouth).

Note: This figure shows that increases in school enrollment correspond to the timing of new road construction, and these effects appear to be persistent. The timing and persistence of this change in enrollment suggests that the treatment effects are not driven by labor demand shocks from road construction itself, which would occur as the road is built and then would disappear thereafter. See full paper for details.

Many (but not all) roads lead to education

Government’s desire to aid low-income families through guaranteed jobs is nothing new: such programs date from 16th-century English Poor Laws and even earlier programs to provide government employment in public works projects during times of drought. For her analysis, Adukia draws evidence from the world’s largest employment-guarantee program: India’s Mahatma Gandhi National Rural Employment Guarantee Act (MGNREGA), which provides annual employment to adults in 53 million households, nearly one-quarter of all households. MGNREGA, which is in part directed at adult women, guarantees 100 days of minimum wage labor per year on public works projects, at a cost of $8.6 billion, or 0.5 percent of GDP.

Research has shown that the program does, indeed, raise rural household wages and increase consumption. But is there a cost to education?  Research from Mexico to India has suggested that an increase in low-skill jobs can induce children to drop out of school at higher rates; Adukia’s research suggests this may be less of a concern than previously thought.

To address this question, Adukia analyzes the effect of MGNREGA on children’s educational attainment in rural districts between 2005-09, and she finds that while there are some negative impacts across districts, the overall negative impact is small. Adukia finds that for every 43 to 50 households (depending on the particular data source), there is a one-child decline in school enrollment. Of course, across 23 million households, that number adds up; however, Adukia estimates that such declines in enrollment can be mitigated by directing less than 0.35 percent of MGNREGA expenditures toward education interventions.

The impact on child enrollment is most pronounced for older students, as MGNREGA jobs were restricted to those over 18; even so, the program could impact the wage rates and the demand for adolescent labor, especially young males. Also, given MGNREGA’s focus on drawing adult women into the out-of-home labor market, it could pull adolescent children, often female, into non-market domestic labor. Adukia estimates little change from these possible channels, and also notes that the increased income from MGNREGA jobs may help some households to invest more in their children’s education.

In other words, as with many policies meant to achieve one goal, MGNREGA’s impact on Indian households is complex and demands careful analysis. While Adukia’s findings show that MGNREGA does result in some increase in school dropout, such reductions could be offset through targeted education interventions. Further, MGNREGA, which helps bring millions of Indian households out of poverty, could also ultimately mean more education for children whose parents have more resources to invest in their education.

Such nuanced results are even more in evidence in a related paper that estimates the effect of rural road-building on educational decisions. Adukia, along with her colleagues Asher and Novosad, examine the impact of new roads that connect villages to the paved road network. What happens when isolated villagers and other rural residents are suddenly connected to outside goods and labor markets? Does access to jobs with higher returns to education improve educational attainment of rural villagers? Or do the better job opportunities in those larger markets lure young villagers away from school?

Once again, India provides an ideal setting to study these questions, combining plentiful data with massive government programs and a range of economic conditions that approximate those in other low-income countries. From 2001 to 2015, India built high-quality roads to 115,000 villages, connecting over 30 million rural households to nearby towns and cities. The authors combined data from a wide range of sources, from India’s annual school census to detailed administrative data on every rural road constructed under the program and other village characteristics from various other government sources.

The authors’ findings were unambiguous: connecting a rural village to a new paved road results in a seven percent increase in middle school enrollment over the following three years.

The authors’ findings were unambiguous: connecting a rural village to a new paved road results in a seven percent increase in middle school enrollment over the following three years. Beyond enrollment, the authors also find improvements in student performance, as more middle schoolers took completion exams and scored at a higher percentage than otherwise. These results may not seem intuitive; why would better roads lead to better education? The authors employ a human capital investment model that offers three possible channels:

The authors show evidence suggesting that all of these effects are potentially important, but that the labor markets to which villages are connected have the largest effects on schooling decisions. The authors estimate positive and statistically significant effects of roads on educational attainment for 39 percent of the villages and positive but statistically insignificant effects in the 52 percent of the villages. That leaves only nine percent where the opportunity costs for education increase enough to outweigh the other effects and discourage schooling.

In the end, connecting those who live in rural and relatively poor markets with nearby cities mostly increases educational attainment, which positively impacts their economic opportunities over time. Put simply: better economic opportunity can be a powerful force for increasing school enrollment and student performance in low-income countries.

Trade-offs and incentives are at the heart of most government policies; for officials in developing nations who need to address broad issues like poverty reduction and infrastructure improvement, a deeper understanding of the impact of those policies is key to their effectiveness. These two papers analyze the impact of two large programs in India that have implications for developing countries worldwide—one to directly address poverty and the other to improve road infrastructure for rural villagers.

CLOSING TAKEAWAY
This research arrives at an important time for India, as government officials charged with weighing the cost-benefit of India’s guaranteed jobs program are reportedly paying particular attention to supposed negative effects on education.

For governments hoping to reduce poverty through guaranteed job programs, Adukia’s results prove sanguine. While she does find evidence that some children may leave school after implementation of a government-run jobs program, that rate is small enough (one child for every 43 to 50 households) that it should not outweigh the program’s benefits. Also, some families with more income could then invest more in their children than otherwise. Further, Adukia estimates that any declines in education can be mitigated by dedicating a fraction of the program’s overall cost to education.

In the case of infrastructure improvements that connect rural villages to outside markets, Adukia, Asher, and Novosad find that school enrollment increases in response in nearly all villages. Effects differ across villages, with much of the variation explained by the labor markets that villagers are gaining access to: effects are largest when nearby markets pay a premium for more education, and smallest where they raise the opportunity cost of staying in school.

The results arrive at an important time for India, as government officials charged with weighing the cost-benefit of India’s guaranteed jobs program are reportedly paying particular attention to supposed negative effects on education. Adukia’s research reveals that a full accounting of costs and benefits is important for an effective outcome, and that efforts to raise families out of poverty should not be sacrificed to misperceived losses in education. Likewise, poor residents of rural villages should not remain economically isolated out of fear that new and better roads will induce students to drop out of school; the overall effects are strongly positive, as Adukia, Asher, and Novosad reveal.

These lessons apply not only to India but to developing nations around the world, and reflect the strong linkages between education, growth, and access to markets. 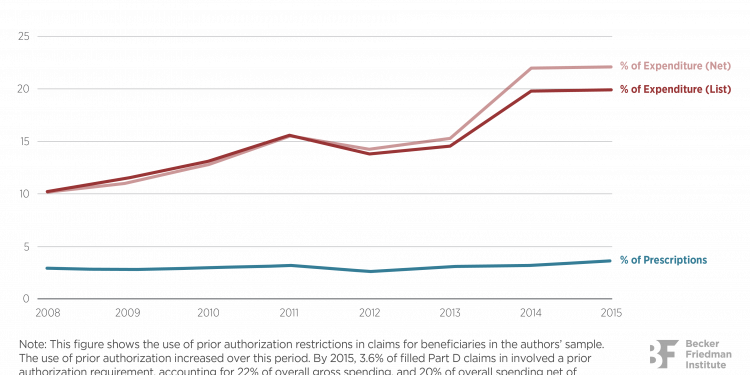 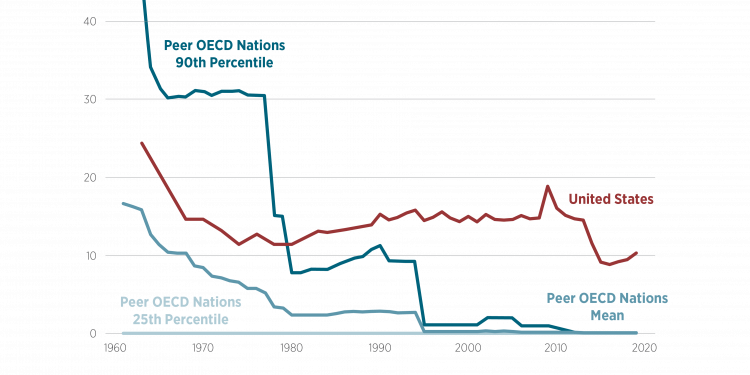 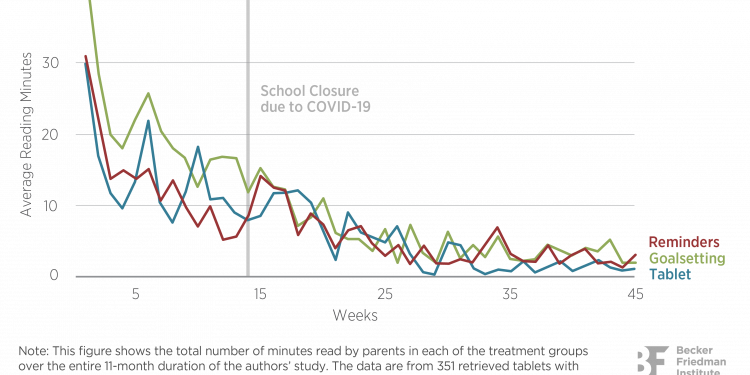