These heterogeneous effects raise important questions: How will different regions experience the impact of carbon emissions and the implied changes in temperatures? How will individuals react to these changes and how are these reactions impacted by their ability to migrate, trade, or invest and develop alternative centers of economic activity? What are the best policies to combat global warming and what are their implications for different regions across the world?

Until now, economists have been hampered in answering these questions by modeling limitations that do not incorporate factors relating to heterogeneous climate effects and decision-making, among other factors. That gap is the focus of “The Economic Geography of Global Warming,” a new working paper from Princeton’s José-Luis Cruz and UChicago’s Esteban Rossi-Hansberg. The authors employ a new modeling technique that allows them to estimate the effects of climate change over long periods of time and across space. They find welfare losses as high as 20 percent in some parts of the world, which will significantly influence migratory patterns within and among countries. Among other important findings, the authors’ novel micro-founded spatial modelling approach offers key insights for policymakers into the efficacy of various policy approaches, like carbon taxes and clean energy subsidies.

To begin, let’s broadly review what the authors mean by “micro-founded spatial model.” This technique refers to a dynamic assessment model that measures effects across space, or in different parts of the world, and even in different regions of various countries. The authors describe this approach in detail in their working paper, but broadly speaking their model allows them to incorporate geographic detail where temperatures affect both productivity and living amenities within locations. This assumes that agents in their model (stand-ins for people in the real world) will not sit idly by when their lifestyle and economic opportunities are impacted by climate change. They will act. In this case, such action means migrating to other regions of their home country or to other countries of the world, and/or it means making investment changes to address climate change, among other actions.

Note: This Figure presents a scatterplot of the welfare losses from global warming and real GDP per capita in the year 2000. The colors indicate different areas of the world, and the size of each dot represents the population of the cell also in 2000. The dashed black line presents the population-weighted linear relationship. The linear slope indicates that, on average, locations with double the level of real GDP exhibit welfare losses from global warming that are roughly 1.5% lower. Hence, the poorest regions of the world, mainly located in Sub Saharan Africa and Southeast Asia, are expected to undergo the highest warming losses. OECD countries, with initially high income, are much less affected. China, with its vast and heterogeneous territory, displays regions with both high and low levels of welfare losses. These results show that global warming will exacerbate the already large spatial inequality in the world.

The authors’ model also incorporates dynamic changes in the world economy that impact carbon emissions. For example, because global warming is a protracted phenomenon developing over hundreds of years and happening in a growing economy, their model had to incorporate the implications of this growth on carbon emissions and adaptations over time. In doing so, the model allowed them to study the dynamic implications of this phenomenon across locations.

There is more in this model—much more—including factors relating to trade, migration, innovation, productivity, amenities, mortality, and fertility; in the latter case, in all periods agents at a particular location have a natality rate (birth minus death rate) that depends on their income and the local temperature. This adds local and global population dynamics to the authors’ model. Finally, the authors incorporated the effect of carbon use over time, including projected carbon extraction costs, a factor that depends on the amount of carbon extracted in the past, since the remaining stock is increasingly harder to extract.

Model in hand, the authors then simulate the economy forward over several centuries to evaluate the economic consequences of global warming. They find the following:

Regarding the effects of global warming on amenities or productivity, about half of the average effects come from the impact of temperature rise on productivity. Effects on amenities are particularly important for loses in Africa and gains at the most northern latitudes, while losses in productivity affect almost all regions to the south of latitude 30°.

Key to the authors’ evaluation of the effects of global warming are economic adaptation through migration, trade, and endogenous local innovation. For example, if the authors increase migration costs by 25 percent throughout the globe, the average cost of global warming rises by an additional 3 percent by 2200. Higher migration costs make global warming more costly for Africa, but also for northern regions that benefit less from the influx of migrants. Increases in migration costs lead to significantly faster population growth as more people stay in poorer areas where they have more children.

Global warming is expected to have heterogeneous effects over space, where the hottest regions in South America, Africa, India, and Australia experience welfare losses of 20% and the coldest regions in Alaska, Northern Canada, and Siberia undergo welfare gains as high as 11%.

There is a smaller impact from increases in trade costs because the evolution of temperature is spatially correlated, and most trade is local.

Regarding innovation, a rise in innovation costs has a large relative effect that benefits the coldest places but hurts the warmest ones significantly. On average, though, less innovation implies that regions in India and China, where global warming will eventually have strong effects, will grow less, meaning the world on average loses less from the rise in temperatures.

As for policy, the authors are disinclined to offer their own prescription, but they discuss the implications that their work has on three key policy alternatives, namely, subsidies on clean energy, taxes on carbon dioxide, and the importance of abatement technologies that eliminate the pernicious effects of carbon. Briefly:

Thus, the authors’ results strongly suggest that carbon taxes should be combined with incentives to invent effective abatement technologies.

CLOSING TAKEAWAY
Key to the authors’ evaluation of the effects of global warming are economic adaptation through migration, trade, and endogenous local innovation. For example, if the authors increase migration costs by 25 percent throughout the globe, the average cost of global warming rises by an additional 3 percent by 2200.

Making economic predictions is rife with uncertainty over short periods, let alone over centuries. Those uncertainties are complicated by the additional ambiguities in climate modeling. Taken together, the task of modeling the future may seem overwhelming. Even so, the earth’s climate continues to warm, and if policymakers hope to ameliorate future costs, they must do so with the best estimates available. This work builds on existing research to present a novel model of the effect of global warming on economic outcomes and welfare that is based on estimates of migration, trade, and investment across space.

The authors find local effects of global warming on welfare that range from losses of 20 percent to gains of 12 percent, with increases in spatial inequality. However, these forecasts may underestimate effects, as the rise in temperatures has only recently started to affect economic outcomes more severely.

The authors are clear that theirs is not the last or only word on the likely future effects of global warning, but their hope is that this work reinforces the necessity for modern micro-founded economic models that incorporate multiple forms of adaptation and the rich spatial heterogeneity of the world. 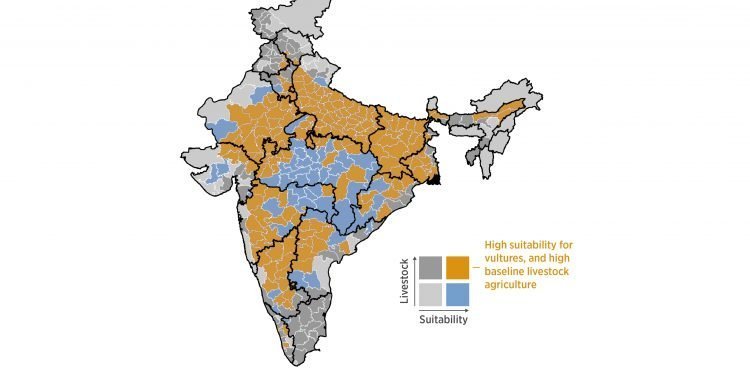 The Social Costs of Keystone Species Collapse: Evidence From The Decline of Vultures in India 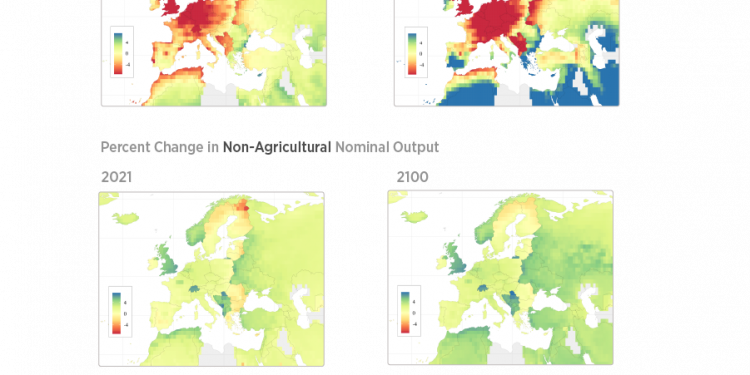 On the Geographic Implications of Carbon Taxes

Bruno Conte, Klaus Desmet, Esteban Rossi-Hansberg
A carbon tax rebated locally can, if not too large, increase the size of an economy by concentrating economic activity in its high-productivity, non-agricultural core, and by incentivizing immigration; these predictions hold for the United States and the European Union.
Topics:  Energy & Environment
View All